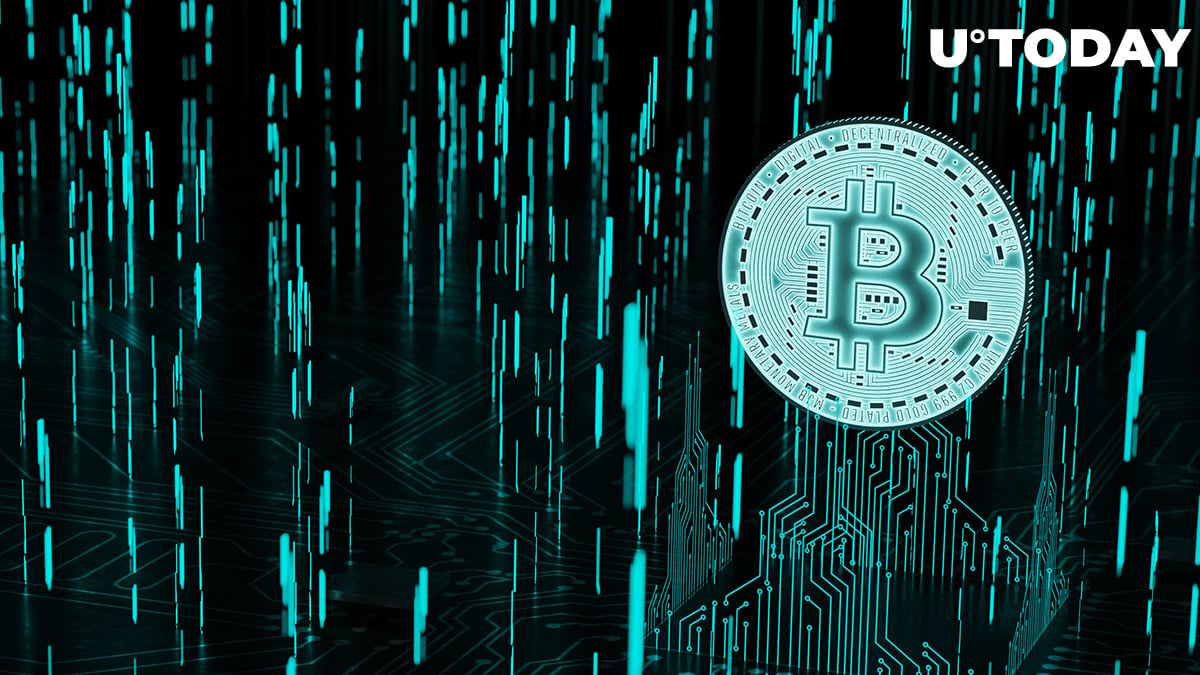 Bitcoin, the top cryptocurrency, has spiked by nearly 2.5 percent within an hour. It is currently trading at $48,454 on the Bitstamp exchange.

The cryptocurrency has recovered from an intraday drop to $47,100 that seemed to spell trouble for bulls after a multi-week winning streak. 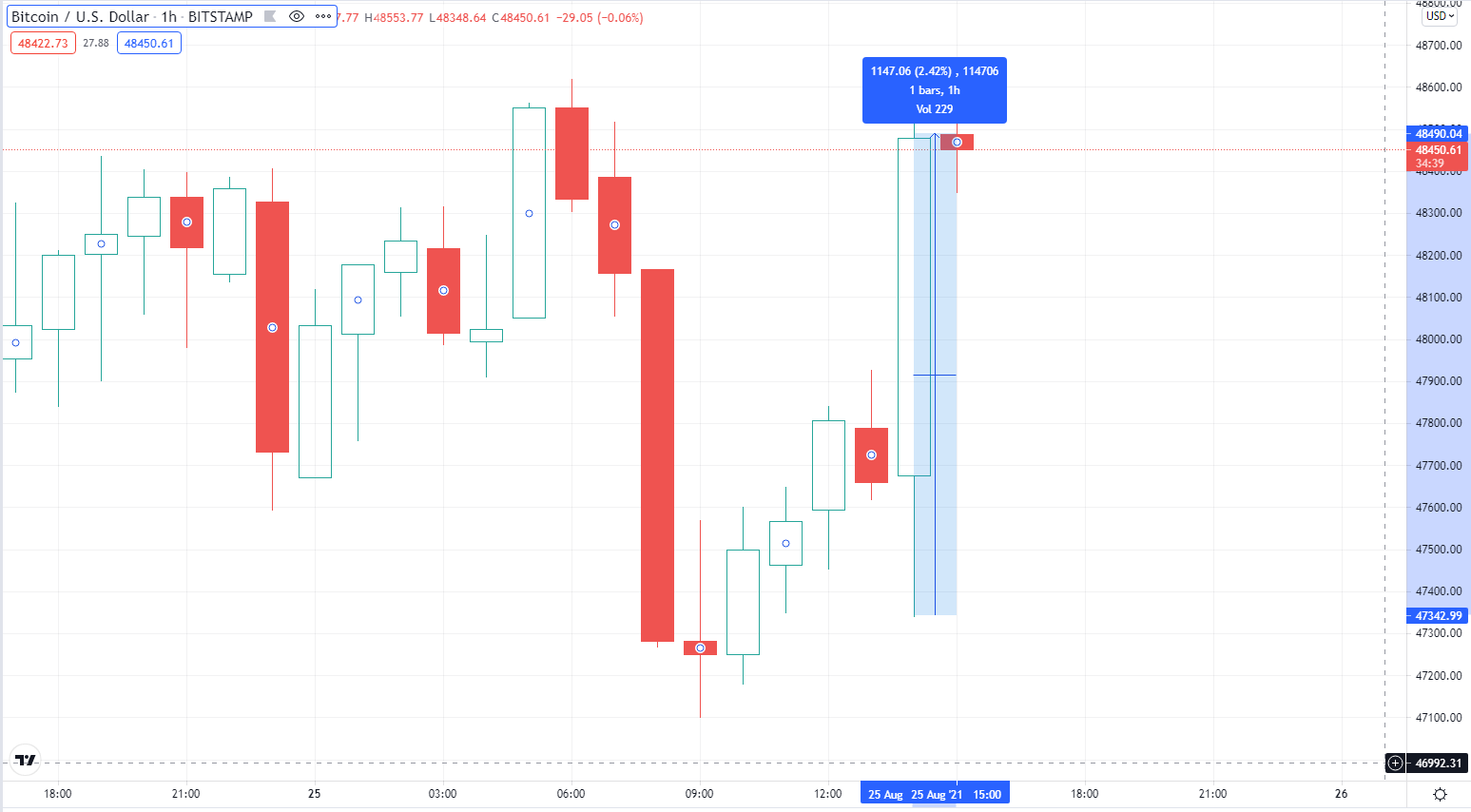 Bybt shows that $35.08 million worth of shorts have been liquidated over the past four hours.

#Bitcoin funding rates are once again positive across major exchanges.

Positive funding rates means that when prices are at a premium charges long holders to pay out fees to those going short.https://t.co/udz34IuzS0 pic.twitter.com/ZloM4Z6RE6

Related
BREAKING: MicroStrategy Announces $177 Million Bitcoin Purchase
This indicates the return of positive sentiment since it means that bulls have to pay bears a premium for their positions to remain open.

As reported by U.Today, legendary trader John Bollinger claimed that Bitcoin traders had to be "on the alert" after Bitcoin was rejected at the $51,000 level.

Meanwhile, Galaxy Digital CEO Mike Novogratz recently predicted that both crypto and stocks would have a good Q4.

The crypto mogul believes that broader crypto acceptance by such giants as Walmart and Amazon will be the key to the resumption of the bull run.
#Bitcoin News