Thomas Hughes
Bitcoin appears to disregard this alleged oversold condition and has traded lower over the weekend, testing the key support at $3500. 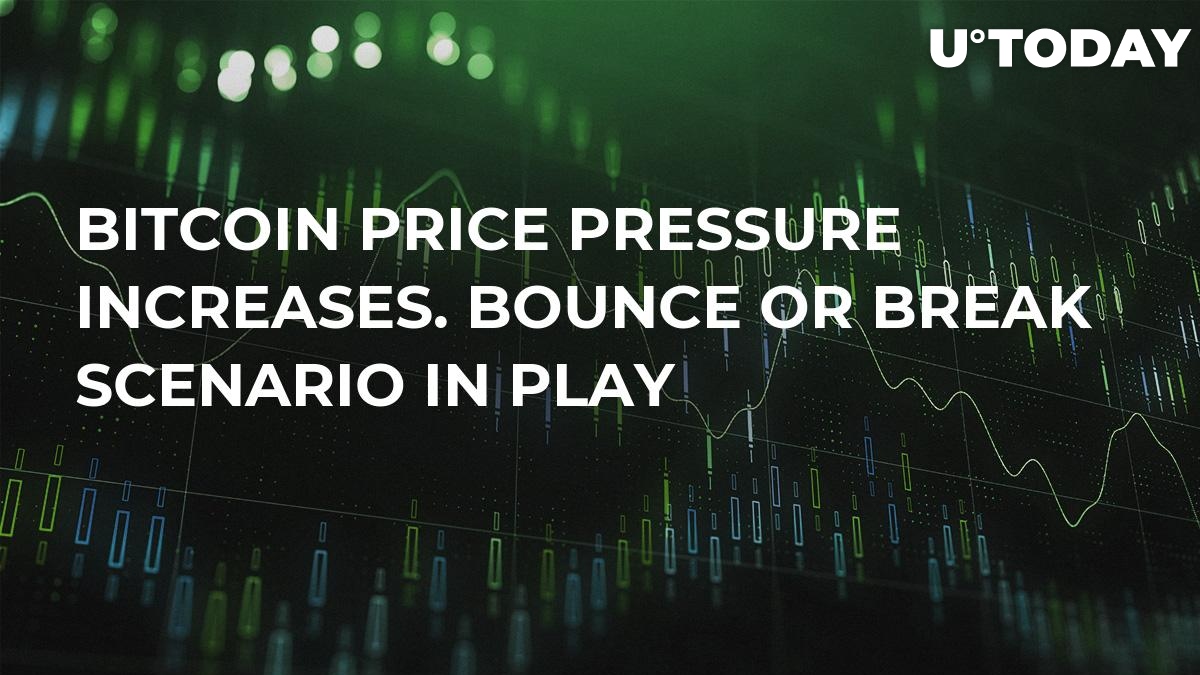 According to Binance CEO Changpeng Zhao, “Bitcoin has been oversold”. He recently made the aforementioned statement during the Binance Blockchain Week event which is currently being held in Singapore (January 19 – 22).

However, Bitcoin appears to disregard this alleged oversold condition and has traded lower over the weekend, testing the key support at $3500.

Currently trading around 3550, the pair has rebounded slightly after testing support at 3500 and is now showing a form of bullish divergence: the RSI is making a higher low while the price is making a double bottom. 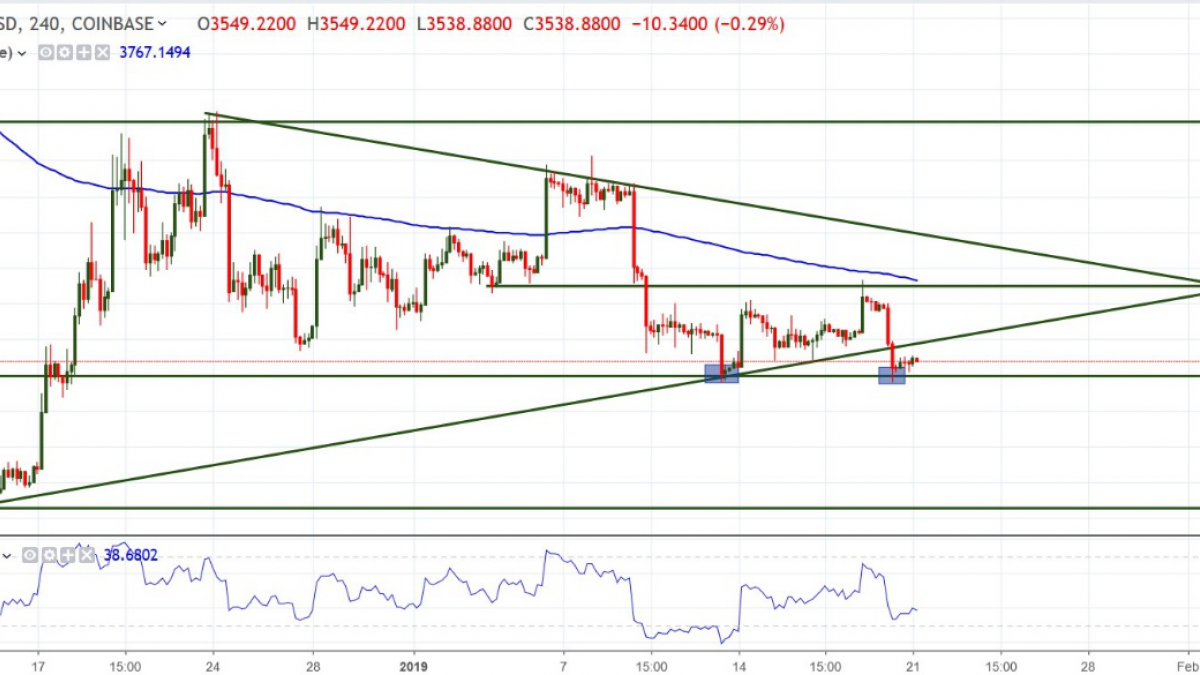 This type of divergence is not as strong as the normal one (price is making a lower low and oscillator is making a higher low), but coupled with the double bottom at 3500, which is a bullish pattern, it can trigger upside movement.

The bullish triangle is broken to the downside, so before we can see any upside action, the price must return above the recently broken trend line. If that happens, we could see a climb into the 3700 area.

Most likely scenario: if 3500 holds, we expect a climb into 200 EMA during the days to come