Thomas Hughes
?Bitcoin price is testing support along the short-term moving average and may display some weakness in the near-term ? 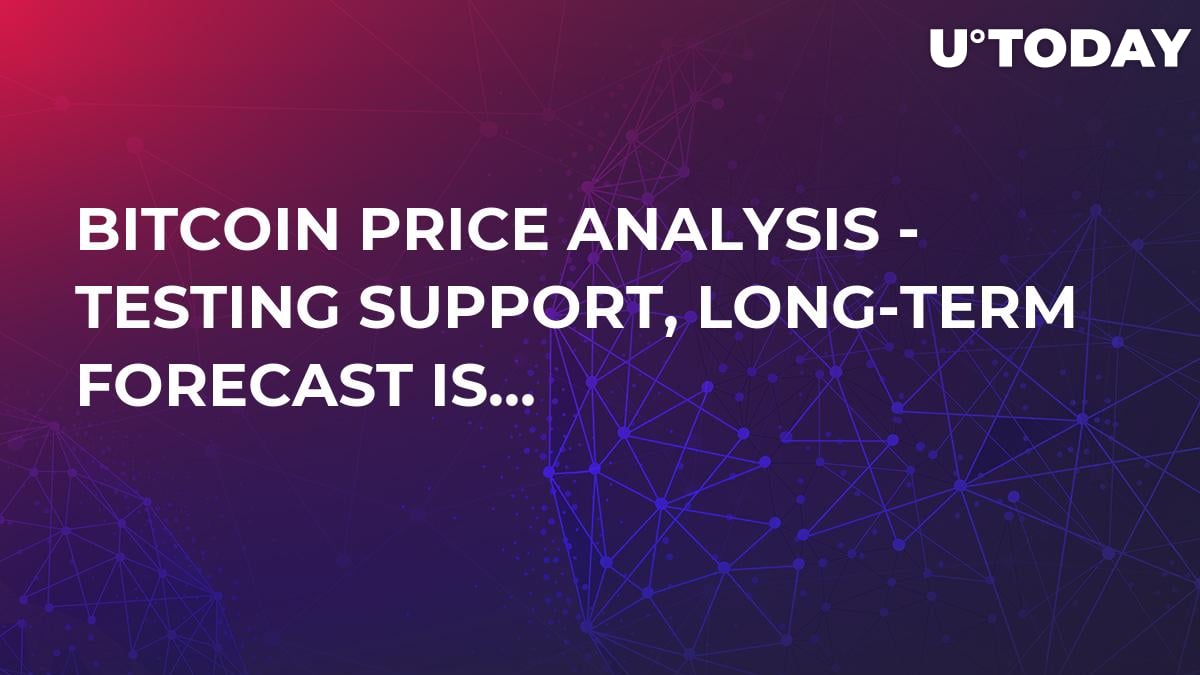 Bitcoin price is testing support along the short-term moving average and may display some weakness in the near-term. The long-term analysis is bullish and supported by the inevitable listing of a Bitcoin-based ETF.

The Bitcoin Winter Is Coming to An End

Bitcoin price hit an important bottom in late 2018. The world’s leading digital token and #1 crypto by market cap turned bullish and bounced strongly from the $3,200 price level. By my analysis Bitcoin looks like it could continue to rise over the longer-term. The move is still gaining strength, there may be additional consolidation before an uptrend begins, but the fact remains; the Bitcoin Winter is coming to an end, a higher price for Bitcoin is on the way. 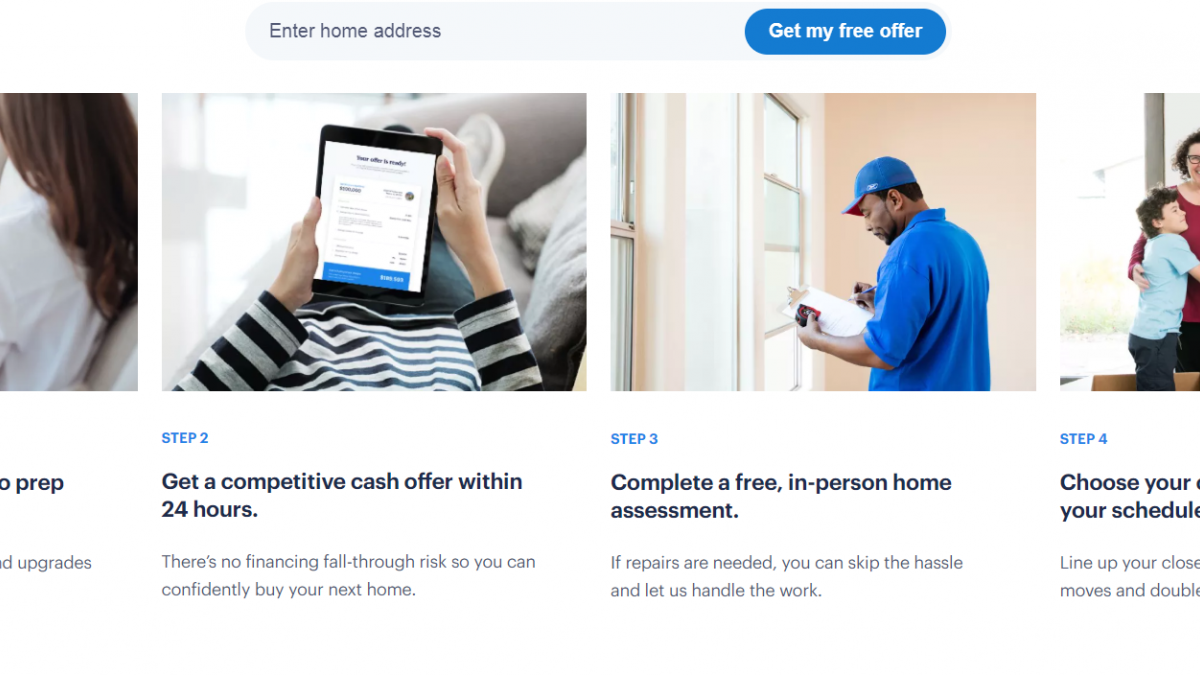 What is Bitcoin Winter?

The Bitcoin Winter refers to the past 14 months of trading action, trading action that was induced by global regulators. Regulators, starting in late 2017, cast a shadow of doubt across the entire cryptocurrency market. They erected barriers to entry and hurdles for traders, they failed to embrace regulation and standardization, and the market froze. Buyers disappeared, sellers took control, and price valuations plummeted.

Last year, mid-December to be exact, something extraordinary happened. Bitcoin surged more than 10% from a one-year low price level on the 1-year anniversary of its all-time high. The move was driven by nothing more than market sentiment but it was an important move and showed us the bears were losing their grip. Since then the token has drifted up and to the side waiting for news that is more fundamentally sound.

That news came in February although it was not the smoking-gun catalyst for a rally it could have been. The SEC commissioner said that a Bitcoin ETF was inevitable. This news confirms the hopes and dreams of virtually all Bitcoin investors but with one caveat. They aren’t rushing to have one listed. There are still hurdles to Bitcoin’s admission to mainstream investing markets and the number one is infrastructure. There just isn’t the infrastructure to ensure the proper functioning of retail markets and safeties for retail bitcoin investors.

This Could Be the Best Bitcoin Catalyst Ever

The Bakkt exchange could be the best Bitcoin price catalysts ever, if it ever launches, and not just for Bitcoin. For the entire crypto market. Bakkt is a joint project between the Intercontinental Exchange and partners. It is a full-service infrastructure package designed to facilitate crypto investment and trading, atomic swaps, clearing services, warehousing of tokens, and reporting requirements as outlined by the SEC. The ICE says it is intending to launch the exchange later this year but it has already been delayed twice so that is questionable.

SEC Commissioner Robert Jackson says “Eventually, do I think someone will satisfy the standards that we’ve laid out there? I hope so, yes, and I think so. Getting the stamp of approval from the deepest and most liquid capital markets in the world is hard, and it should be. Once we make it available to everyday mom and pop investors, we are taking risks that Americans can get hurt.”

The takeaway for traders is that Bakkt will provide all the infrastructure needed to satisfy the SEC regarding a Bitcoin ETF. This does not mean the SEC will approve a Bitcoin ETF but many in the industry see the launch of Bakkt as a reasonable target to expect serious SEC action regarding the much-anticipated Bitcoin ETF. When the ETF is launched it will be the strongest price catalyst the crypto market has ever seen.

The Bitcoin price is moving up over the near-term and supported by the short-term moving average near the $3850 level. This is strong support at the time and expected to keep price edging higher in the near-term. Resistance is near $4,200 and may keep price contained in the near-term. Bullish traders should wait for a break of resistance at $4200 price level but, once broken, I expect to see Bitcoin price move up to the $5,600 and $6,400 levels over the next six months and drive the entire crypto market higher with it. 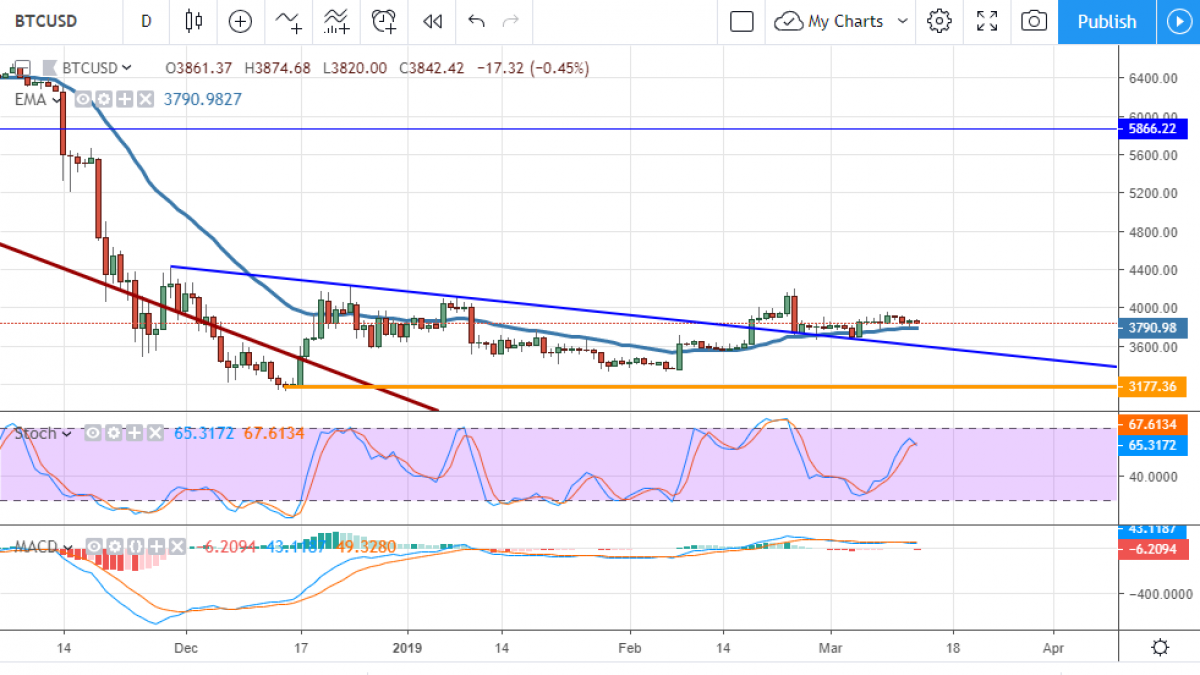