Bitcoin Is Getting Ready for 20% Rally: Crypto Market Review, July 8 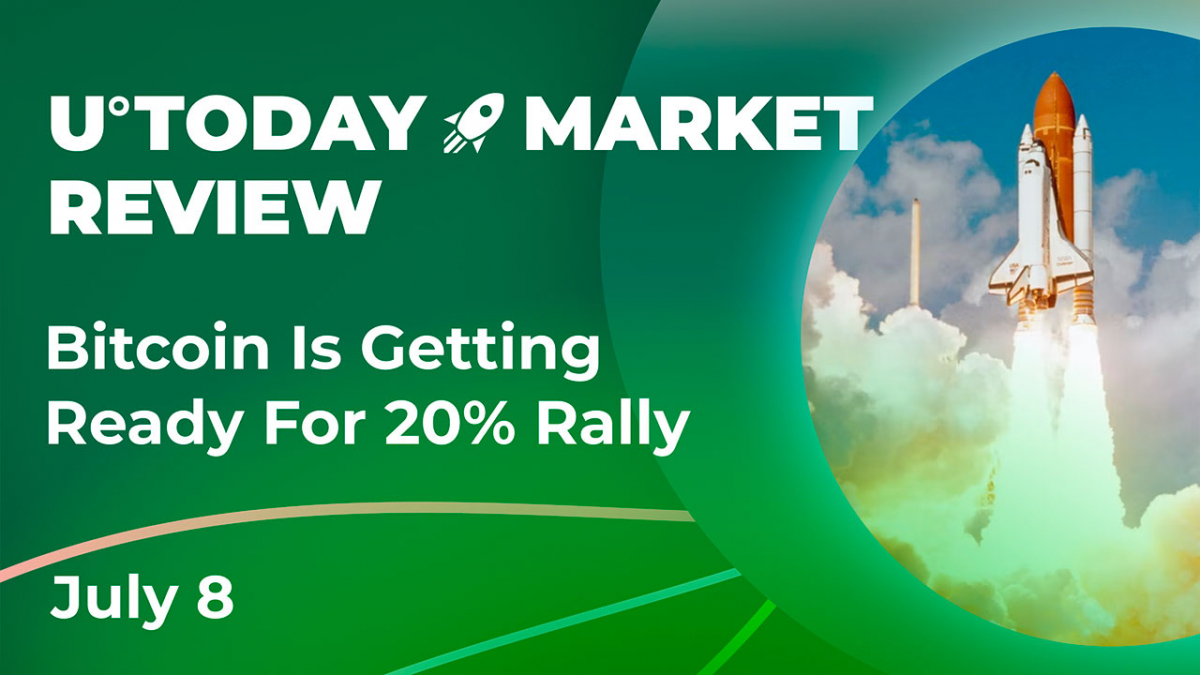 As previously mentioned on U.Today, the U.S. Dollar remains the main source of pressure on the cryptocurrency market as investors still prefer less risky options rather than volatile assets like Bitcoin or Ethereum.

But the comfortable position of the U.S. Dollar could have a temporary effect on the cryptocurrency market as the Fed's hawkishness might not fuel the world's leading currency's rally long enough, especially if the regulator calms down on upcoming rate hikes.

Related
Institutional Investors Are Getting Back in Bitcoin and Cryptocurrency Market

With the weakening of the U.S. Dollar, we will most likely see Bitcoin breakout in the upcoming weeks as it is already craving volatile moves that will break the two-week streak of anemic performance.

As the technical analysis suggests, Bitcoin successfully broke upward from the pennant previously highlighted by Peter Brandt and rushed toward $22,000. Unfortunately, the lack of inflows to the market and low open interest caused BTC to drop below the local resistance of $21,800.

The second biggest cryptocurrency on the market reaches the pivotal resistance on the chart as the network's financial performance is weaker than ever. According to Token Terminal data, Ethereum generated around $23.8 million in supply side and protocol revenue in July, making it the worst month since summer 2020.

The main reason behind a rapid drop in the network's revenue is the massive outflow of funds from the DeFi and NFT industries that carried the Ethereum bullrun in 2021. The final blow that pushed Ethereum down was the lack of activity around the Web3 industry that should have been the next driver of the cryptocurrency market.

On the daily chart, Ethereum has reached the local resistance of $1,250 and is currently failing to break through it. The reversal at $1,200 will most likely push it back to the consolidation channel for another few days.

Current state of the cryptocurrency market

Generally, the cryptocurrency industry remains under heavy macroeconomic pressure as demand for risk exposure is still at an extremely low level compared to 2021, which is caused by constant rate hikes and a bleeding stock market. The majority of financial analysts expect a gradual recovery until the middle of 2023.