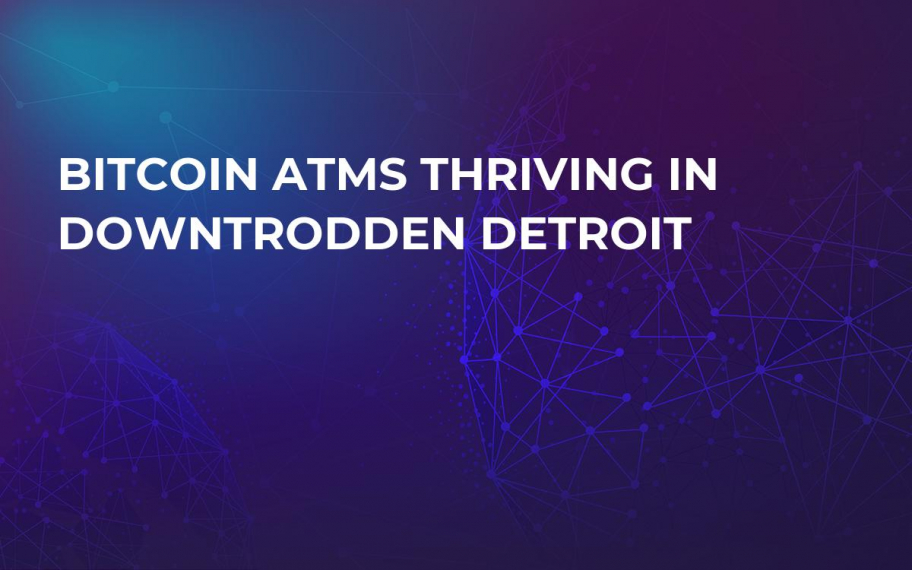 In low-income areas across Detroit, once a great city of motor vehicle industry, there's a spate of Bitcoin ATMs going up and seemingly thriving. According to local reports, all across gas stations and liquor stores, where normal ATMs are found, Bitcoin’s presence is growing.

There are 23 Bitcoin ATMs across the city, and they are installed in places cash checking, money orders, liquor stores are prevalent and lotto tickets are bought.

All of these ATMs are also being found in low-income areas, which is new territory for Bitcoin which has only just recently entered the mainstream with its latest wave of adoption.

There seems to be a case of these ATMs entering a niche where traditional banks and financial institutions have turned a blind eye on those less economically empowered. However, the more pessimistic view is that these ATMs are tools for small-time money launderers.

“The truth is, it could be both scenarios,” said Yaya Fanusie, a former economic and counter-terrorism analyst for the Central Intelligence Agency. He now studies the impact of Bitcoin and other cryptocurrencies for a Washington, D.C.-based think tank.

“It’s a guess because the technology is new. We need time to collect data,” said Fanusie “The fact that Bitcoin ATMs are in the kind of areas described, only says how much digital currency is growing worldwide.”

Gowing across the city

Looking beyond the inner city where the ATMs are installed in party stores, gas stations and cash-checking centers in neighborhoods where empty houses and blighted buildings are common, more ATMs are popping up.

Of the some 80 machines in metro Detroit, most are still found in low-income areas such as  Pontiac, Hamtramck, Highland Park, Taylor and Inkster.