Binance Halts Operations Due to Syscoin Blockchain Being Compromised 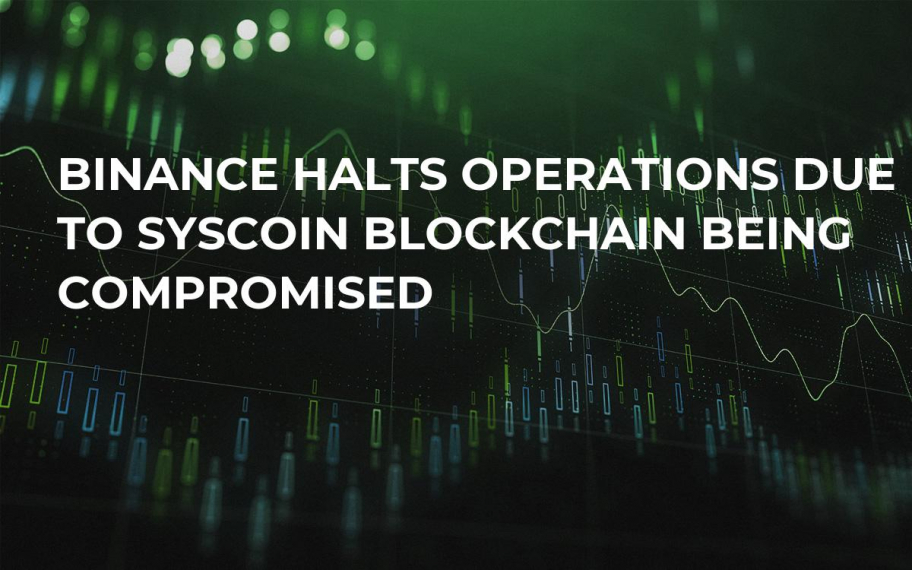 Early on July 4, news came that a single Syscoin suddenly rose in value by almost 40 percent after one token was sold for 96 Bitcoins or $6.23 mln.

Something went wrong on the Syscoin network

According to the numerous reports, the situation is that one billion SYS was mined on a single block of the network, although the total planned supply of the currency is set at 888 mln.

The crypto startup is investigating what precisely has happened there but one thing is for certain– the Blockchain was compromised and they requested all exchanges listing SYS to suspend any operations with the coin.

We are investigating a possible issue on the Syscoin blockchain, nothing is confirmed but we have asked for exchanges to halt trading while we investigate.

Experts believe that breaking the rules of a coin supply is not something to be achieved by a 51 percent attack, so, most likely, there was been a bug in the protocol itself that was used.

The exchange has halted withdrawals, depositing and trading caused by system maintenance being underway. However the platform did it right after the SYS token soared over 80 percent due to the aforementioned trade deal against BTC.

Are altcoins still under attack?

A few altcoins suffered 51 percent attacks recently, like Verge and some others. If it turns out that the inflated selling operation on Binance was conducted due to the attack on the Syscoin Blockchain, that will be just another hack aimed at testing altcoins’ and their wallets security flaws.

Besides, Syscoin has already been hacked recently- their GitHub account was compromised.

The good news is- Binance is soon to resume trading along with other exchanges that held SYS trading operations.

As a precaution we had requested exchanges halt $SYS deposit/withdrawal today after we observed odd trading behavior coupled with atypical blockchain activity. After investigating the #Syscoin blockchain is safe. We are asking exchanges to reopen. Detailed wiki post tomorrow. pic.twitter.com/NEypr531zi