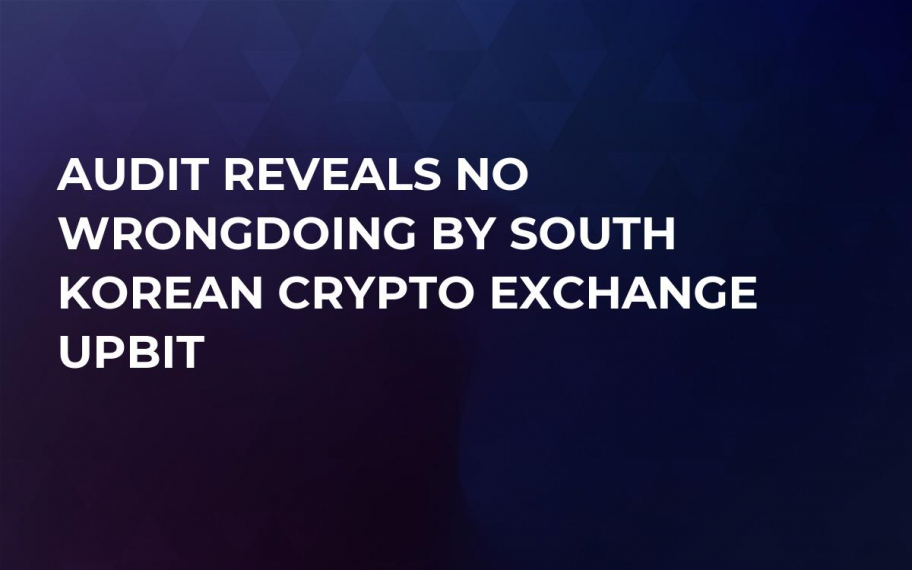 An audit of South Korea cryptocurrency exchange Upbit has revealed that the exchange did not inflate balance sheets, according to reports from South Korean media.

Last week,  a raid by South Korean police at Upbit headquarters sent markets reeling causing a precipitous decline of nearly $50 mln in the cryptocurrency market cap as investors feared the exchange might have been processing trades without holding user funds.

Upbit was allegedly accused of operating order books without storing cryptocurrencies and falsely holding large amounts of user funds in Bitcoin, Ethereum, and other cryptocurrencies.

A Seoul-based accounting firm, Yoonjin confirmed that all of the funds on the Upbit platform match the cryptocurrency holdings stored in its multi-signature wallets, according to reports by MoneyToday.

While a police investigation is still ongoing by the Financial Supervisory Service (FSS), Korea Financial Intelligence Unit (KIU) Upbit has been operational and continued to process trades.

It is unlikely that the government investigation into Upbit will continue or that the exchange will suffer consequences from the probe, experts say.

The root of the misunderstanding was that users of the 30 cryptocurrencies on Upbit did not have independent wallets integrated by the exchange- meaning they could not deposit or withdraw the tokens directly from Upbit and have to exchange the assets with Bitcoin, Ethereum, and other cryptocurrencies, the exchange says.  This led investigators to suspect that the exchange was inflating its balance sheet, sources say.

The results of the audit have restored investor confidence in the fifth largest cryptocurrency exchange in the world, say experts.