Alex Dovbnya
In regards to their use, Bitcoin Cash ATMs are more sensible than pure Bitcoin cones 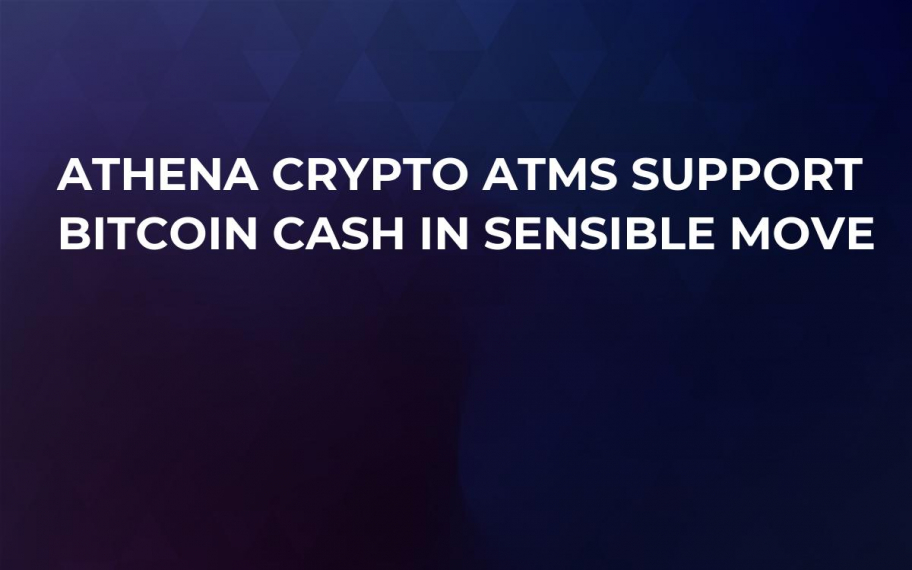 Bitcoin ATMs have always been regarded as a show of adoption and a tangible point of the cryptocurrency ecosystem entering the mainstream. Athena Bitcoin, in a move that will help keep their ATMs relevant, has opted to include a cryptocurrency that is more cash-like and less of a store of value, in Bitcoin Cash.

Bitcoin Cash, while hotly debated and polarising, has made its impact on the market. It is touted as the true Bitcoin by its followers and sticks more to being a cash-like currency, rather than Bitcoin which has gone the other way.

This move by Athena seems to be one that is not only positive for the budding cryptocurrency ATM market, but also for Bitcoin cash and the company itself.

The war that exists between Bitcoin and Bitcoin Cash sees the crusaders of each side looking for blood each time these two clash, but Athena has no plans of dropping Bitcoin, rather they are integrating more options for the clients.

It's heeere! #BitcoinCash is available at all ATM's in our network! Come and get a piece of #Satoshi's vision! #BCH pic.twitter.com/xx2hS7mzaO

This will still be a platform for one of the two sides to prove their popularity. However, competition at this level can only be good for the ecosystem. Flourishing competition will benefit the user and the additional options can take ATMs in a different direction.

Of course, Bitcoin Cash’s major hook is that it is far more cash-like in the cryptocurrency space compared to its competitor, Bitcoin. Thus, it seems logical that Athena offers it in an ATM, as the fees will be lower and the transactions almost instant.

Bitcoin ATMs have the problem of their primary currency being used more as a store of value, and thus, the need for cryptocurrency on the go is limited. Athena operates some two-way machines, which means there will be a way for users to convert their Bitcoin Cash back to fiat currency as well.