Yuri Molchan
Venezuela’s president claims to have sold $735 mln in first day of Petro offering, but analysts have reasons to be skeptical. 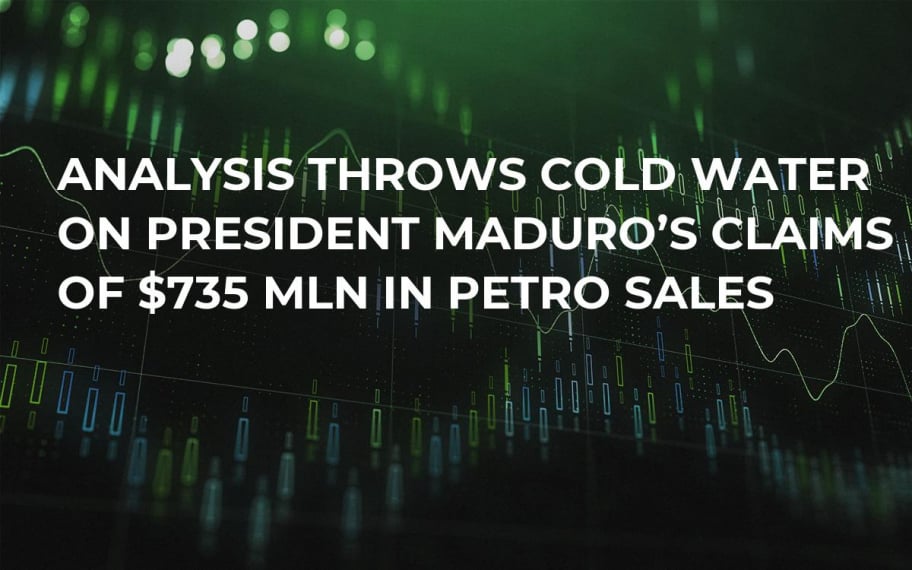 Venezuela’s President Maduro is crowing in social media that the national cryptocurrency – supposedly backed by the nation’s oil reserve – raised $735 mln on the first day of its ICO. However, independent observers are skeptical of Maduro’s claims, and there seems to be no way to verify them. In fact, there’s a lot about the Petro that just doesn’t add up.

If it seems like the choice of Blockchain should have been the very first thing decided upon, that’s because it should have been. One would have expected extensive testing before such a major undertaking was launched. At the moment there is a “petro.presale” token on the NEM Blockchain, but no tokens have been issued. Put differently, of the $735 mln supposedly raised since the token’s launch, zero Petros have been distributed to buyers.

Venezuela has also hinted that the tokens may not be issued on Ethereum or on NEM, but on its own Blockchain. If this is the case, it’s a significantly more complicated undertaking, and it’s highly unlikely that the Petro network will see the light of day any time soon.

President Maduro has proudly trumpeted that the Petro will be backed by the nation’s oil reserves, but it’s not like you can actually go exchange your Petro tokens for barrels of oil. So far, it looks like the government will be accepting Petros for tax payments, with an exchange rate supposedly linked to the value of oil.

The problem here is that Venezuela is already suffering from hyperinflation, which happens when a country starts creating vast amounts of unbacked and untrusted money. If the national currency, the bolivar, has suffered from crippling declines in value, what’s to prevent President Maduro from whipping up some new Petro coins whenever he needs an influx of hard currency (or cryptocurrency)? Supposedly the maximum number of Petros is limited to 82.4 mln, but there’s no reason to believe that the Venezuelan government can’t or won’t create more.