Bitcoin Remains in China’s Crosshairs, and It Poses Huge Threat For Community 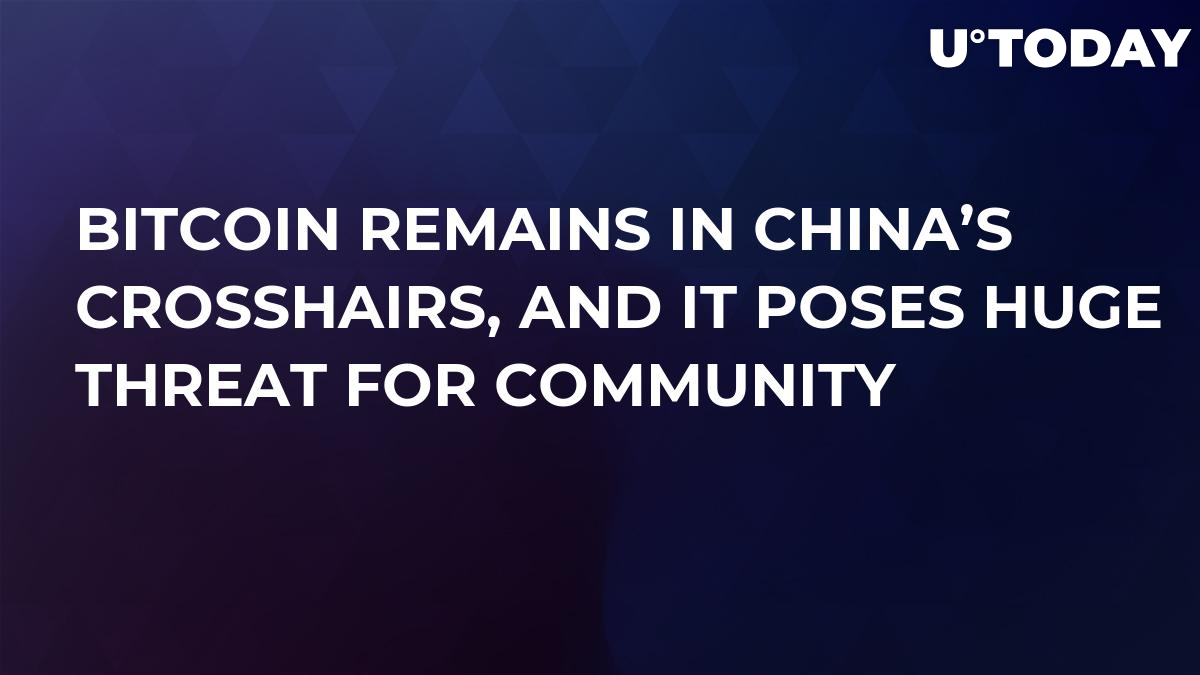 A recently published study shows that China still has too much leverage over Bitcoin despite previously distancing itself from cryptocurrencies with an infamous ban on trading and ICOs. Now, China is actually trying to crush the world’s biggest currency.

The bigger coin, the bigger target

China, the second biggest economy in the world, might be busy waging a full-scale trade war against the US, but it still has another major enemy – Bitcoin. Despite the crackdown on cryptocurrencies, Chinese traders are circumventing the ban en masse, resorting to using peer-to-peer exchanges with VPN. Hence, the country is not done with cryptocurrencies.

However, it gets much worse – the report states that China has the potential to undermine the security and stability of the world’s flagship currency, and it is actively exerting this power right now with a double whammy of technical and regulatory capabilities.

The aforementioned report states that China still has an unprecedented control over cryptocurrency mining. Bitmain, a Beijing-based ASIC chip manufacturer, has a competitive edge that still allows this Chinese behemoth to represent the lion’s share of the mining equipment market. Other mining giants (Canaan, Ebang), which collectively target nearly $1.4 bln during their respective IPOs, also come from China. On top of that, only six mining pools are responsible for 80 per cent of Bitcoin mining (five of these pools are Chinese).

Given that China’s mining pools control over 70 per cent of Bitcoin’s hashrate, the possibility of the ominous “51-percent attack” doesn’t seem to be too far-fetched. It is very likely that Chinese authorities can directly influence with that amount of hashing power concentrated in one country, and that could eventually lead to censorship or even blatant attacks on the Bitcoin network.

The study also points out that these pools are often mining empty blocks, which bring miners the same reward as ordinary blocks. According to their estimations, the number of empty blocks reached more than 7 per cent on Chinese mining pools in sharp contrast to other pools where they normally don’t surpass 2 per cent. Mining empty blocks puts a damper on the efficiency of the entire Bitcoin network.