Yuri Molchan
A US army agency plans to research potential blockchain usage, but its intentions do not touch Bitcoin or any crypto whatsoever 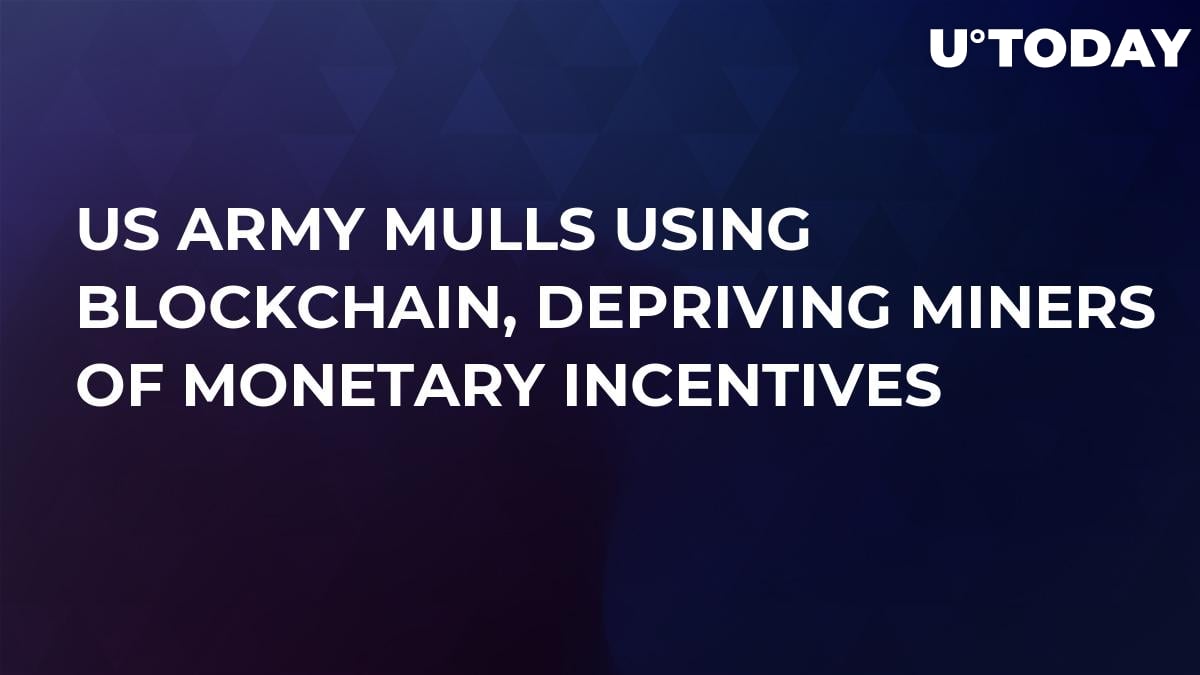 The American Department of Defense agency has become interested in blockchain technology for its own purposes. However, it is not interested in Bitcoin.

US army researching the subject

A few days ago, the Defense Advanced Research Projects Agency (DARPA) published a request for information (RFI) regarding permissionless open consensus protocols, in particular trying to explore those aspects of blockchain that have so far been researched insufficiently.

One of the spheres that the agency intends to study is how DLT networks can operate without financial rewards. Since currently existing methods like Bitcoin or other similar platforms work by providing financial settlement to miners and paying them with newly-minted tokens for creating blocks of data and keeping the network secured, DARPA wants to find out if there are any alternative methods.

The organization intends to make this technology operate without any payouts for participants (miners), not in the form of any currency or any other ones. However, it does not mind offering other forms of incentives such as allowing them to access the network’s computation resources.

Related
Amid the Falling Market, Miners are Tempted to Quit the Business

Security model based on economy

The RFI says that the agency plans to closely research the model under which participants of a DLT-based network work driven by their own economic interests. In particular, the military organization is interested in studying ways that “leverage rigorous economic notions to advance theories of security” for blockchain-powered protocols.

Apart from that, DARPA  is also looking for means to analyze and/or address intended and unintended centralization of the distributed ledger. Thus, they recognize blockchain has specific aspects which are centralized anyway and can breach the security of the network, no matter what they guarantee in theory.

DARPA has spread the word that the data they will receive from responders may impact the agency’s future program.

Even though DARPA is a military organization and keeps particular projects in extensive secrecy, this seems to be not the first time when it has shown public interest in the open ledger technology. In 2016, the agency worked on creating a messaging platform based on a secure decentralized network.

Back then, DARPA intended to use the messaging service for coordinating movements of its troops and wanted it to not be vulnerable to hackers’ attacks, having a built-in self-destruct system for messages to be good for usage in secret military operations.