Amid the Falling Market, Miners are Tempted to Quit the Business

Antony Koroid
The mining market is sinking into chaos. Small private miners who get their profit only through access to cheap power are under serious pressure 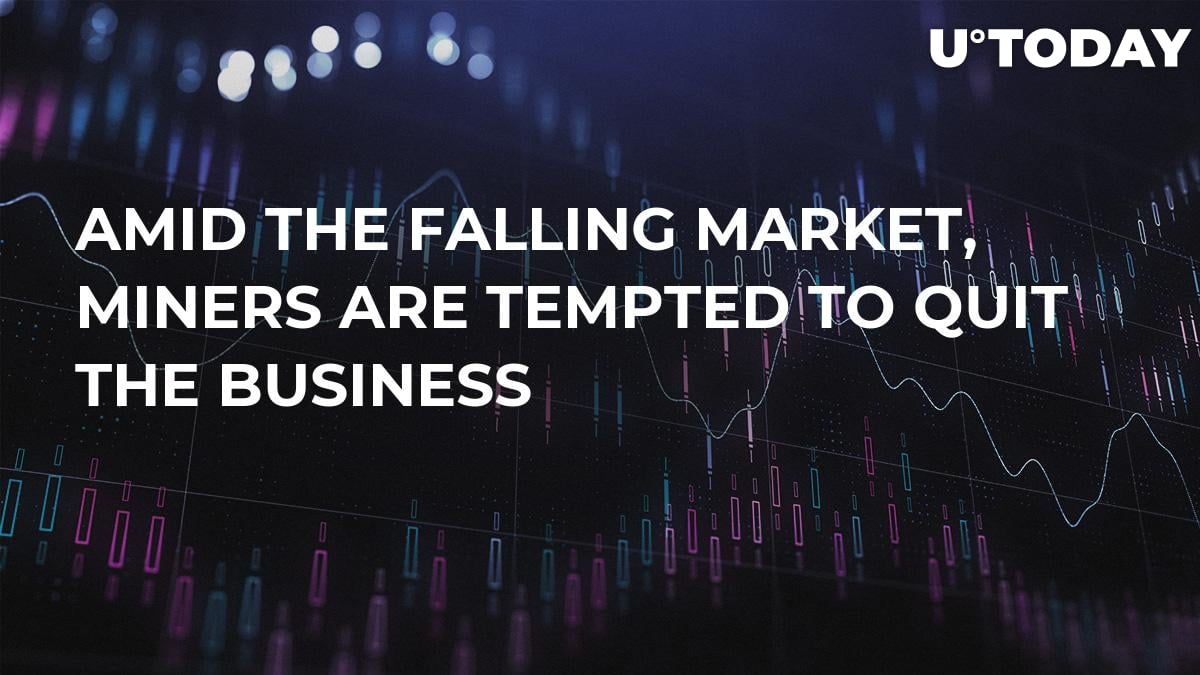 Against the background of losing about 30% of Bitcoin’s (BTC) value, the mining market is sinking into chaos, and the business is under serious pressure. It's not surprising, given that BTC’s price rolled back to the level of October 2017, and it's unknown when it will go up again.

This situation raises concerns for small private miners who get their profit only through access to cheap power. In the case of the needs of the large-scale economy, it will be difficult for them to compete with large miners which are operated by hundreds of mining machines, complain Reddit users. Some of them are already seriously thinking about leaving the market.

The fall of mining

Some large mining companies are already seriously preparing to leave, while others are less fortunate. In the middle of the week, it became known that American company Giga Watt is $7 mln  in debt and was forced to file for bankruptcy.

At the same time, Chinese mining pool F2Pool announced that, according to the latest estimates amid the fall of the market, the operating of AvalonMiner 741 and Antminer S7 and S9 miners became unprofitable in China. This has already led to the overflow of these units of the secondary market, which was used by some miners who foresee the imminent market rise.

According to media reports, an employee of the Lightning Asic Chinese mining company bought about 50,000 miners (mostly Antminer S9) at a price of $70, while the new one costs about $300.

Also, two major Chinese manufacturers of mining equipment, Chinese holding Bitmain Technologies and  Ebang International Holding, postponed the terms of the listing on the stock exchange due to the volatility and uncertainty of market regulation.

The losses that miners have suffered are already visible on the Bitcoin hash rate. The difficulty level of Bitcoin mining has also started to decline as more and more miners shut down their machines. The complexity of production has been reduced twice this year, and it's likely that the next adjustment will reduce it even lower. The rate of addition of the blocks of bitcoin blockchain also dropped substantially, analysts state.

Similarly, the price of Ethereum (ETH) fell strongly and returned below the support of $130 and $125. The current technical structure is negative and affects all other altcoins. If the activity of sellers remains the same during the weekend, there can be a strong decline, not only for Bitcoin but also in the main altcoins such as Ethereum, Ripple, BCH, NEO, and Litecoin.