Crypto Market Slowly Raising Its Head, Bitcoin Going Green With Some Other Coins

Yuri Molchan
Over the last two days, the market has been going through a carnage as Bitcoin dropped below $4,300; now there seems to be a break 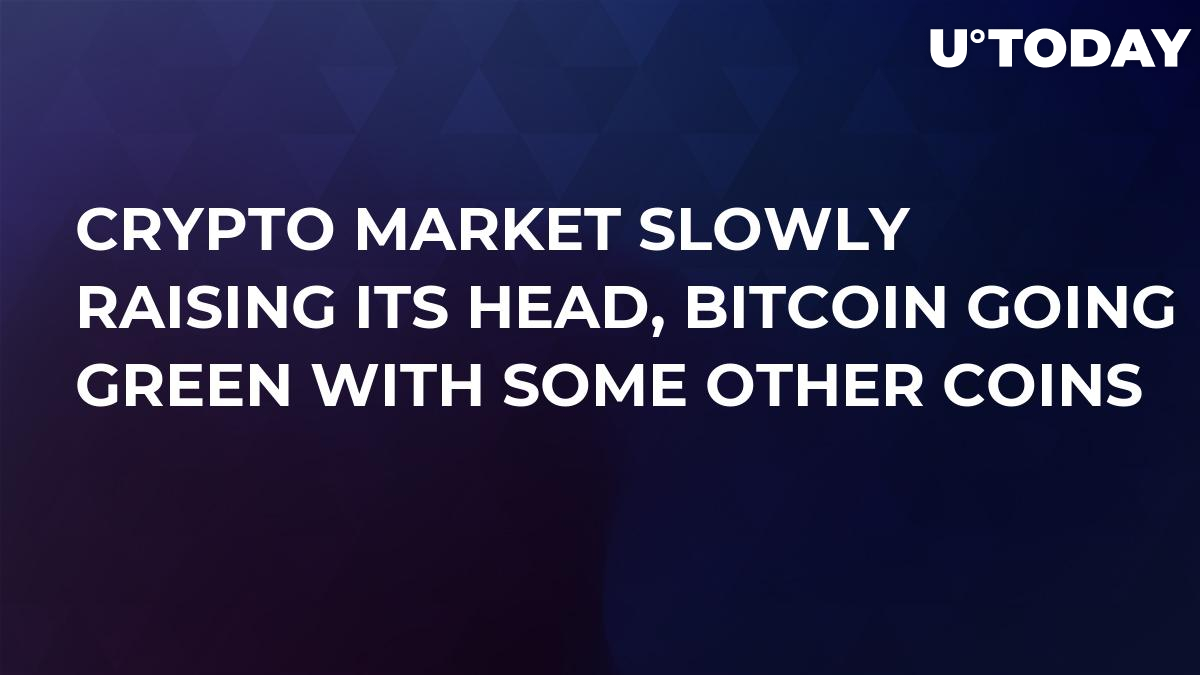 On Saturday, November 24, the sun seems to have risen above the crypto market, letting many of the top-100 list go green. However, only a few coins from the top-10 club have shown a price increase.

Bitcoin Cash (BCH) is currently holding at the price of $205.5 after a 1.65 percent rise. Many believe that the major cause of the market’s steep decline has been the recent hard fork of the coin that split into two different camps and assets: BCHABC and BCHSV. The former seems to be winning so far, having obtained the support of most major mining pools, including Bitmain’s BTC.com and Roger Ver’s Bitcoin.com. The current trading volume of the asset is $104 653 265.

Tether (USDT) has also demonstrated a mild gain, rising 0.06 percent. The coin is presently going for $0.98 per unit.

The biggest part of XMR trading is currently done by Bithumb ($80.227 mln). It is followed by Binance, where XMR trading volume amounts to $1.982 mln.

Tron (TRX). Even though this coin is currently not part of the top-10 list, the team headed by Justin Sun is doing their best to get TRX there, and in the summer they did succeed for a short while. The coin is currently selling at $0.0137 after a 0.61 percent gain.

The most recent Tron news has been that Kobe Bryant, an ex-NBA star, is going to make a speech at the niTron DLT event hosted by the Tron Foundation. The major trading volume of TRX is currently done on OKEx and Binance.

The other gainers from the top-20 list include IOTA, NEO, Zcash, and Bitcoin Gold.