McAfee Gets Weibo Account to Work With Chinese Crypto Community 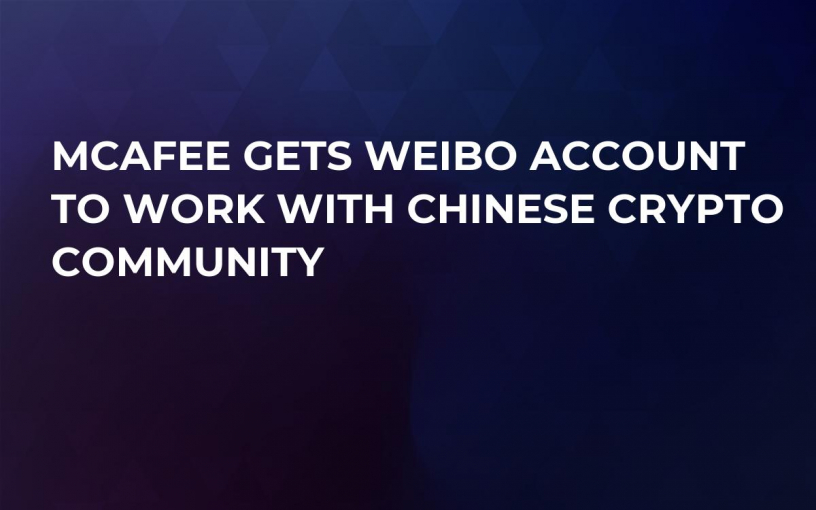 The so-called “crypto king” McAfee has tweeted about establishing an account with the Chinese social network Weibo. Apparently, he wants to try and get in touch with the local crypto investors.

Weibo boasts almost half a billion active users monthly, it is considered to be the Chinese response to Twitter and is easily the most frequently used social media in the Celestial.

John McAfee Says Bitcoin Is Not the Future and Explains Why