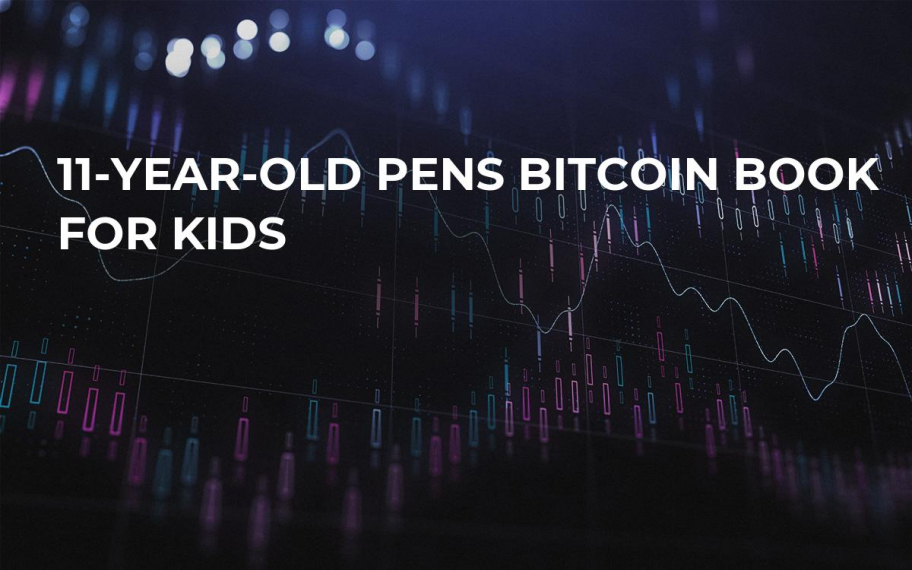 Andrew Courey considers himself an expert on Bitcoin, having recently self-published a book about the cryptocurrency. However, Courey is only 11-years-old, and his book, ‘The Early Bird Gets The Bitcoin: The Ultimate Guide To Everything About Bitcoin’ is aimed at people his own age, intended to help educate on the subject.

The book forms part of the ambitious youngster’s plan to make $20 mln by the time he is 14. It is 57 pages and includes chapters on the history of Bitcoin, Bitcoin wallets, the cryptocurrency Ethereum and initial coin offerings or ICOs.

Courey is the son of a tech investor and even at his young age already has a keen interest in maths and technology. He is often seen tinkering with mobile apps and designing business ideas.

This has led him to an ambitious goal to reach $20 mln by the time he is 14. The pay off being not only will Courey be a multi millionaire, he will also be allowed to drop out of school, as agreed upon in a deal with his parents.

Courey explains how he came across Bitcoin and grew his knowledge quickly by reading stories and watching a lot of YouTube videos on the topic. He was especially interested in mining and how early investors had made huge profits.

“When I was trying to learn about Bitcoin, there simply was no easy-to-understand information on Bitcoin,” the youngster explained.

Courey, who lives with his parents and younger sister in Wellesley, Massachusetts, gives this piece of advice:

Anyone can learn about cryptocurrencies if they're willing to spend 70 to 80 hours researching every source until they find a couple of sources that make sense. The whole book, in the simplest terms, is very easy to read and simple to understand.

One of Bitcoin’s biggest hurdles in mainstream adoption has been trying to understand the new technology and the Blockchain space. However, Courey has tried to firstly make it approachable for people who are not even in their teens yet and tried to make it understandable with common analogies.

Courey has tried to take the complex and foreign technological concepts and liken them to everyday analogies that anyone can understand.

For instance, the distributed ledger he likens to a google document so that it is: "shared with everyone that can only be edited by buying or selling Bitcoin."

For Bitcoin wallets, he explains: "Imagine there is a mailbox- the mailman can drive the mail to any mailbox, but only the person with the key can access the mail."