Darryn Pollock
Zimbabwe is moving towards crypto in times of need. Their latest bout of adoption has seen a number of cryptocurrency ATMs springing up across the capital city, Harare. 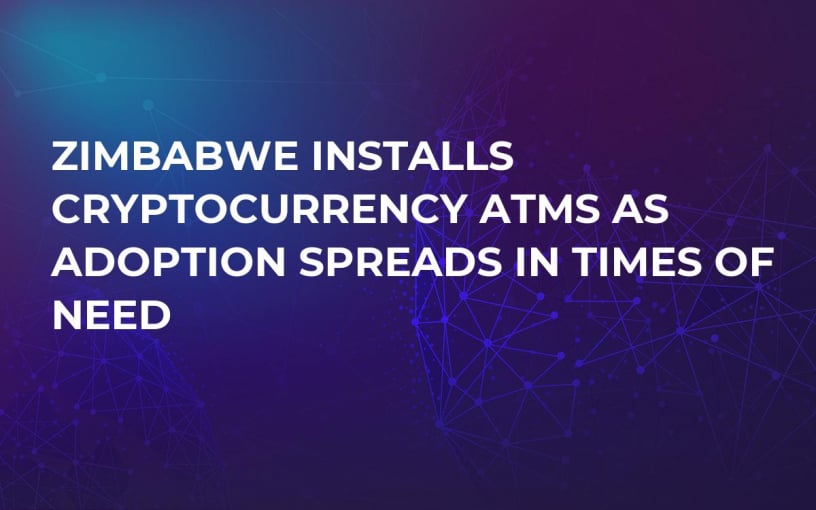 Zimbabwe, a country where the national currency has all but disappeared after years of hyperinflation, is moving towards cryptocurrencies in times of need. Their latest bout of adoption has seen a number of cryptocurrency ATMs springing up across the capital city, Harare.

It has gained such interest that the government of Venezuela has created their own version of a cryptocurrency called the Petro.

Zimbabwe’s cryptocurrency market is unsurprisingly small, yet it is growing in the wake of its continuation to fail as a viable economy. The option to use cryptocurrencies may bring with it problems with volatility and adoption, but in the face of the alternative which involves using hard to get USD, things like Bitcoin make a lot of sense.

Golix is the only exchange operating in the African country, and in their attempt to make cryptocurrencies more accessible have installed both Bitcoin and Litecoin ATMs.

At the moment, only Zimbabwe and Djibouti have functioning crypto cash machines. Bitcoin and Litecoin could help Zimbabwe to face the current problems the economy has by providing a trustful means of exchange to the population. The situation is not better years after the inflationary peak.

The inflation rates reached 79.6 bln percent in 2009, the highest in the world.

Petro picking up the pace

While the citizens of Venezuela have embraced cryptocurrency, as wella s cryptocurrency mining, since their countries own currency stated reaching hyperinflation, they have also been offered a state-backed alternative.

The Petro has received a lot of bad press since its inception, from outside the country, as well as from its citizens. But recently there has been a drive for the Petro to gain legal status across the country as the government’s Official Gazette has given state entities 120 days to accept it.