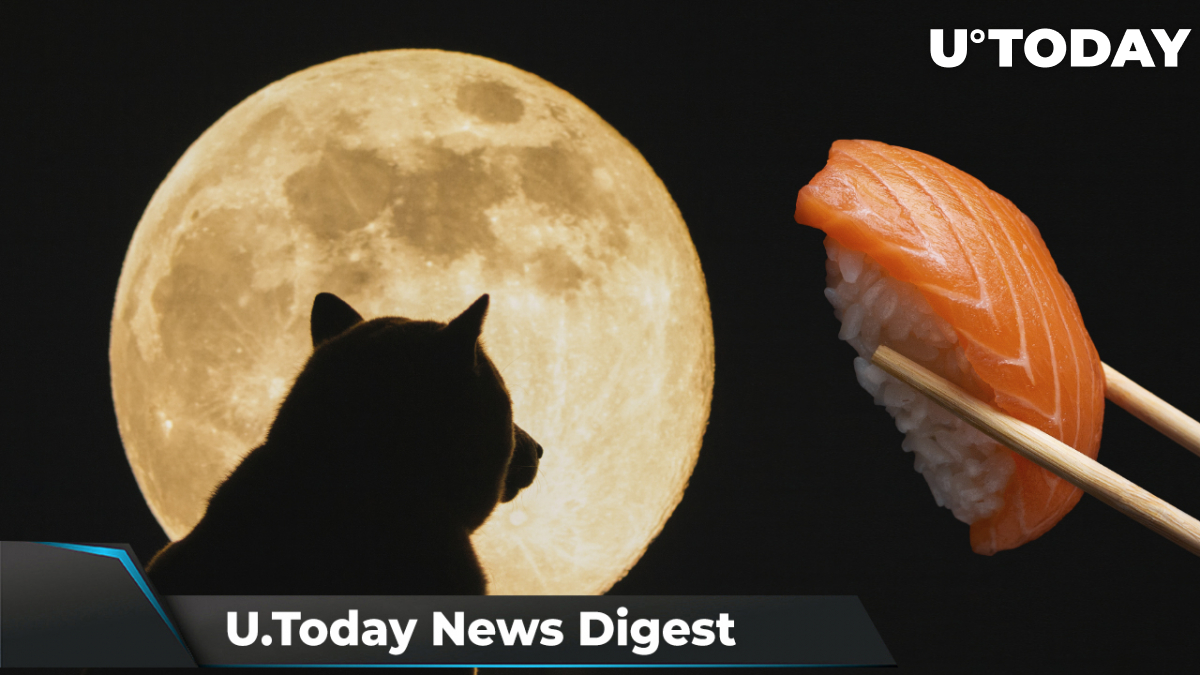 The Shiba Inu community is celebrating yet another act of their beloved coin adoption. According to the official post on Travala’s Twitter account, it now accepts Shiba Inu as a means of payment. From this day on, Travala users can use the meme token to book over 2.2 million hotels and accommodations around the globe. In early May, the travel company added Dogecoin to the list of available payment options.

With large market players still showing great interest in Shiba Inu, millions of dollars continue flowing into the canine coin. Yesterday, an anonymous whale was reported to purchase 99 billion SHIB tokens worth almost $4 million. This happened while Shiba Inu was recovering after hitting lows of $0.00003210 during the market sell-off on Dec. 4. The “Dogecoin Killer” is now ranked 13th, according to data by CoinMarketCap.

80 million XRP transferred within one hour

According to WhaleAlert, three XRP transactions totaling almost $76 million appeared on the blockchain yesterday. The first transaction of 40 million XRP was made from the official Ripple account to an undisclosed wallet that now holds 30 million coins. The next transaction was made by an anonymous whale who transferred 20 million coins to the Bitso exchange 15 hours ago and received almost the same amount back only an hour later. Despite large funds movements with high volatility, XRP remained in the same trading range.

Rekt News blog, which covers scams and hacks, released an investigation long read about the drama at SushiSwap based on leaks shared by anonymous developer AG and reports by "different informants." According to the investigation, SushiSwap's architecture core developer 0xMaki was forced to “step down” and accept an "advisory role" by a "circle of power," namely SushiSwap CTO Joseph Delong and other lead developers. Then, new "oligarchs" allegedly spent thousands of dollars of SushiSwap's money for big private dinners and even utilized funds raised for MISO's IDOs for day trading on personal accounts.

Joseph Delong did not address the allegations but dismissed the whistleblower, accusing some former employees of manipulations and defamation in one of his latest tweets.