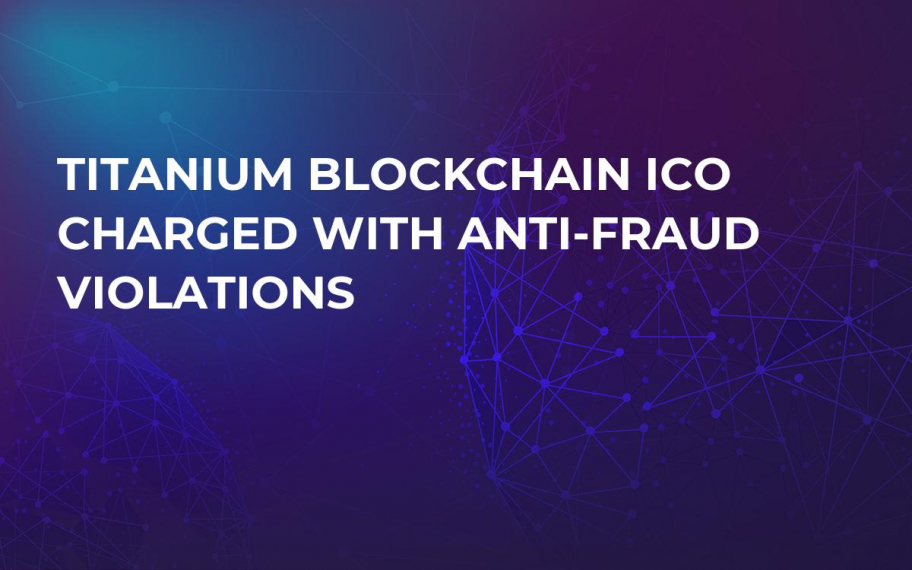 The Securities and Exchange Commission (SEC) has obtained a court order against US-based firm Titanium Blockchain Infrastructure Services to cease operations due to anti-fraud and registration violations, Wednesday.

Michael Alan Stollery, president of Titanium, is accused of false claims regarding business relationships with the Federal Reserve, PayPal, Boeing and many other firms and corporate clients.

The complaint was filed in a federal district court in Los Angeles on May 22 and charges Stollery and Titanium with violating anti-fraud and registration provisions of the federal securities laws.

The company, which has raised $21mln in ICO from US and international investors, is accused of posting false testimonials on its website and promoting its ICO via social media by likening it to early investment opportunities in companies like Google and Intel.

“This ICO was based on a social media marketing blitz that allegedly deceived investors with purely fictional claims of business prospects. Having filed multiple cases involving allegedly fraudulent ICOs, we again encourage investors to be especially cautious when considering these as investments.”

After the issuance of a temporary restraining order, all parties have consented to the entry of a preliminary injunction for the firm to be put in permanent receivership.

The SEC is seeking the return of investor funds with interest and penalties, and plans to ban Stollaire from participating in digital securities offerings in the future.

The North American Securities Administrators Association (NASAA) has ramped up efforts to combat fraudulent operations of cryptocurrency and ICO firms by launching Operation Crypto Sweep, in April. NASAA is currently investigating 70 companies suspected to be involved in ICO scams and schemes.

Investors who have been impacted by Titanium Blockchain Infrastructure Services ICO should contact the SEC through www.SEC.gov/tcr.