The SEC is Swooping on the Cryptomarket, How Much Power Do They Have?

Darryn Pollock
The SEC is starting to expand its reach into the cryptocurrency market, but how much power do they have to regulate? 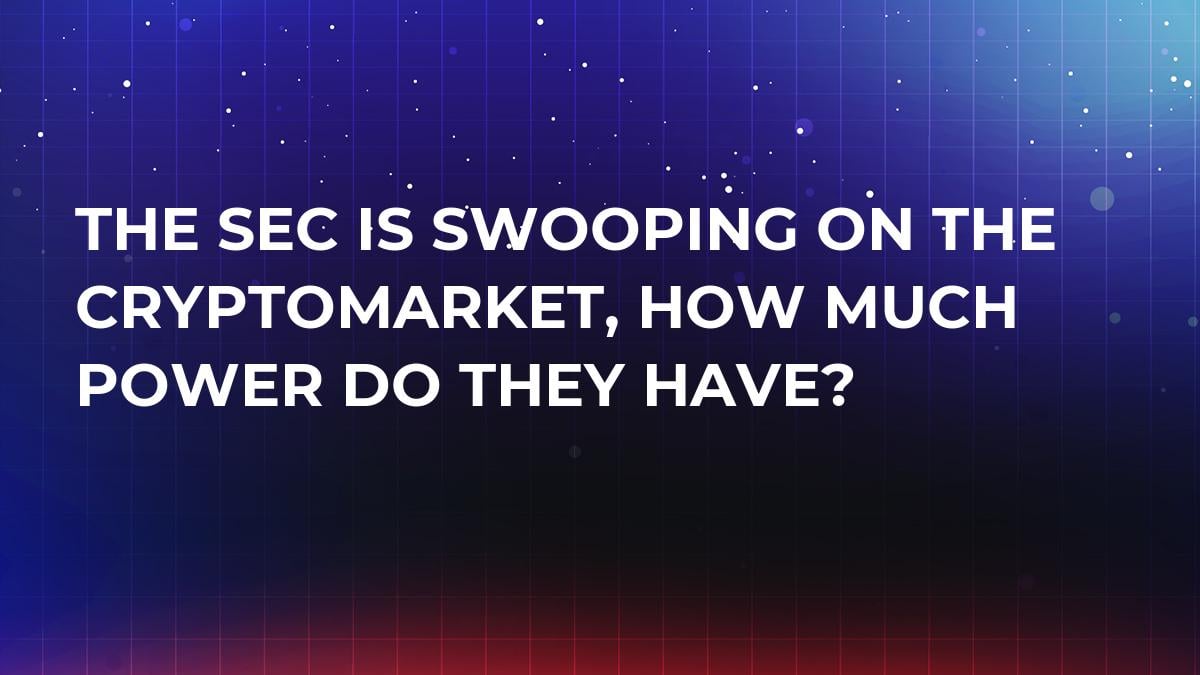 The SEC has had a long and complicated relationship with the cryptocurrency community in the US, and their latest foray into regulating has seen the market take a bit of a dive. But, how much can the SEC do or more importantly how much do they want to do? In the unregulated quagmire that is the cryptocurrency market, the SEC continues to set out its boundaries.

The latest move by the SEC has seen them state that platforms trading digital assets which meet the definition of a security must register with the agency as an exchange,  according to a public statement issued by the regulatory body.

This news helped see the price of Bitcoin drop below $10,000 after it had been making ground towards $12,000 for a few weeks.

So, if the SEC has the power to influence the price with one statement, how much power do they have in shaping the ecosystem?

The SEC began its march to regulate the cryptocurrency market when, back in July last year, it proclaimed that the DAO token that is an ICO that was built atop Ethereum’s Blockchain which suffered a major hack soon afterward was considered a security.

This then extended to a host of other ICO’s whose tokens would fall into the gambit of being an ICO.

"I believe every ICO I've seen is a security," Securities and Exchange Commission chairman Jay Clayton declared in a landmark sitting of the Senate where a ‘do not harm approach was outlined for cryptocurrency. A harsher line was taken towards ICOs by the SEC, however.

Since classifying ICO tokens as potential securities, the SEC has opened the doors on its involvement in regulating them.

With the SEC eyeing ICOs as securities, and their latest move compelling exchanges, one needs to start asking where the SEC’s line is drawn when it comes to these regulations. The Senate sitting, which was positive for cryptocurrencies and less so for ICOs could also show a separation occurring.

So far, there has been a number of reports of the SEC sending subpoenas to a number of companies that deal in ICOs and similar measure.

These subpoenas seem to be the start of a wider crackdown on ICOs that fall under the gambit of issuing tokens that are considered securities.

Aaron Kaplan, a securities attorney and co-founder of Prometheum, a startup aimed at helping investors become SEC-compliant, said, “Generally, subpoenas are the guided missiles of SEC enforcement actions. There’s going to be a big reckoning for those who have operated outside the Federal Securities Laws, with more SEC enforcement actions and criminal prosecutions in the near future.”