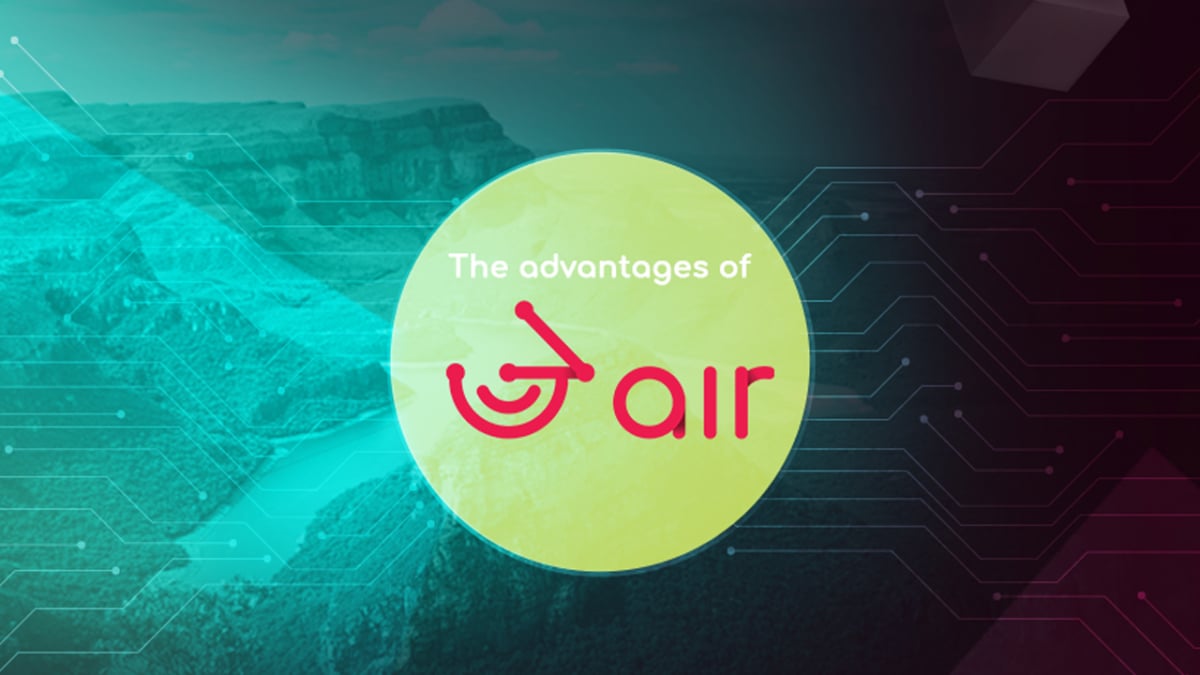 Can you imagine how frustrating life and business would be if, in this 21st century, it were hard to find a fast and reliable internet connection? It can be daunting to think about, but sadly, that is the reality for millions of people in Africa.

We live in an era where we breathe, feed on, and run on information daily, millions and millions of it. Yet, many developing countries are still missing reliable connectivity solutions to support their residents and businesses.

Many African countries still lack adequate broadband infrastructure, with people who can’t afford to cover their basic needs or even have a means of properly identifying themselves. To solve problems with connectivity, we need to build a telecom infrastructure and set up solutions for identification and payment.

That is not to say that the African population isn’t ready for change. Nigeria has an immense level of blockchain adoption with about 32% of its population taking advantage of it. This has a remarkable effect on the socio-economic status of the nation. The Giant of Africa is leading global cryptocurrency adoption when compared to developed countries, with the most blockchain-friendly Western countries still at 11% and just 6% adoption in the US.

What has 3air got to offer?

3air is here to birth the development Africans so desperately need, which is equal opportunities for people in Africa. Blockchain technology and broadband connectivity are two things that 3air wants to put together to help solve the broadband problems in Africa. Hence, bringing about limitless connectivity and unlimited potential for all. 3air intends to employ blockchain technology to disrupt the telecom industry.

To get started, the first stage will involve bringing internet connectivity to the African populations, expanding through the cities. K3’s solution allows for rapid expansion of high-speed broadband internet to millions of recipients within a city.

Once connected, users of the 3air platform gain access to a multitude of blockchain-based services, such as identity management, payments, and credit line building. 3air also aims to empower users to generate a steady income by creating learn to earn and play to earn incentives.

Finally, 3air aims to transform the telecom industry by becoming the world's first blockchain-based, permissionless ISP service platform that tokenizes bandwidth and other services, allowing secondary markets, and making it easier for other telecom providers to offer blockchain services to their end customers.

There’s been a global work shift in recent years, and it has magnified working from home as a viable strategy. The marketplace for talent has become global, where companies hunt for talent online. As long as you have a good internet connection, you can take advantage of these opportunities, and that is exactly what Africa can benefit from.

There has also been a significant rise in the globalization of education that affects our standard of living and health. Education, health, and standards of living all have a big impact on how we assess the quality of our lives. Quite frankly, it is not surprising that the Gallup Wellbeing Thriving Index and the OECD Better Life Index show a strong positive link between broadband, digitalization, and quality of life.

On the financial side, at the current global average broadband penetration rate, the African broadband industry is speculated to be worth $97 billion. When the penetration gets to the levels of developed countries, it might as well reach four times that amount.

In addition to that, it is worthy of note to state that Africa has by far the largest rate of urbanization expansion in the world, with an annual increase in the urban population of roughly 4%. If this is true, it means that the demand for broadband connections will keep rising and the market potential for 3air’s solution will grow at least 4% each year.

Concerning environmental issues, 3air intends to operate carbon neutral right from the start, and the technology in use has been engineered to consume as little as possible.

ISP providers will be enabled on the 3air platform to enhance communication with consumers in a transparent, safe, and trustless manner, as well as for service administration, marketing, and community building. After the token launch, the agreements with K3, which are already in place, will be implemented immediately.

It is also possible that ISPs might take advantage of the 3air platform to provide identity-as-a-service offerings and acquire additional income streams, or just offer more value to their clients.

Along with the many benefits 3air has to offer, users can also earn rewards on the platform. The rewards can be service discounts, token and NFT airdrops, redeemable NFTs for specific services, and even cashback systems. Simple requirements for rewards can be to hold a certain amount of 3air tokens, be a long-term and loyal user, complete tasks, refer friends, share, and write reviews. Without a shadow of a doubt, 3air has got a lot to offer and Africa is ready for all the wonders of 3air!