Alex Dovbnya
A new BDE report proves that Spanish central bank is moving closer to accept crypto, but there is a need for further research 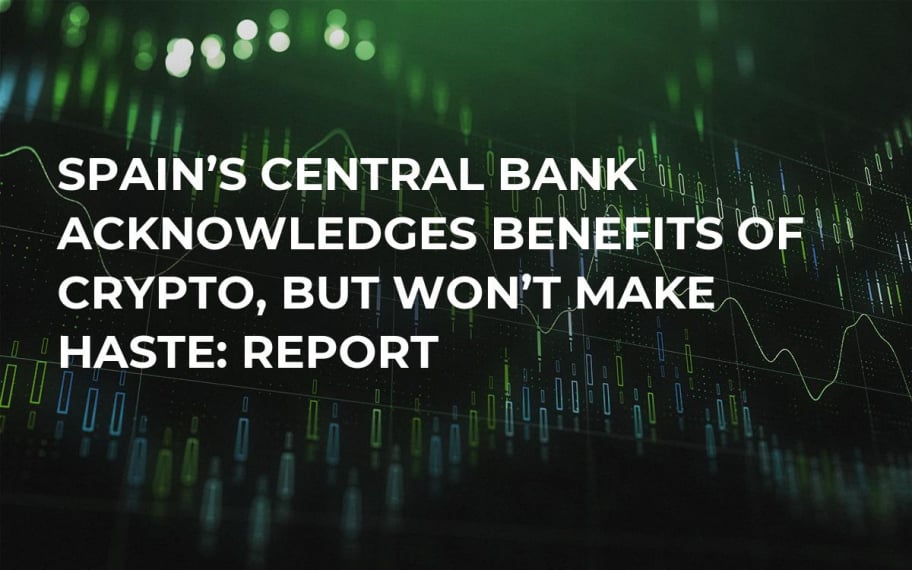 In sharp contrast to the majority of central banks around the globe, the Bank of Spain, Banco de España (BDE), has recently displayed a favorable stance towards cryptocurrencies. The news came just a few months after Luis Maria Linde, the head of Spain's central bank, criticized cryptocurrencies due to their volatility and a large number of illegal activities that are associated with them.

Galo Nuño, the author of the aforementioned document, claims that the utilization of crypto assets and the rapidly developing Blockchain technology could simplify the task of controlling the money supply. According to Nuño, the bank currently fails to effectively manage all the fiat money in the country.

While the report doesn’t explicitly mention other ways cryptocurrencies may influence the country’s economy, it also shows the Blockchain technology can be used as a means of managing interest rates.

Nuño emphasizes that Blockchain-based assets need further research before they can be accepted by the bank. As mentioned above, traditional banks still have a rather militant attitude to cryptocurrencies, which are basically seen as a foreign body in the banking ecosystem. Apart from their decentralized nature, it is also attributed to a large number of cyber threats. However, as CryptoComes has recently reported, crypto-related illegal activities have seen an 80 percent decrease over the last five years.