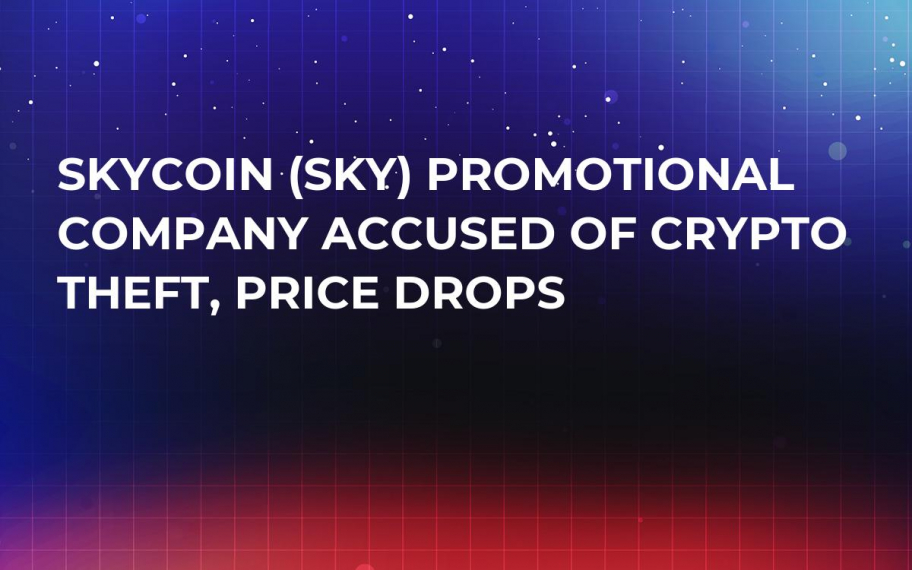 The Skycoin team has recently written on their blog about a large bearish trend that has been taking place over the last couple of weeks for the coin. This is, they said, partly due to the overall bearish wave. However, it has also to do with the Evolab company that has been promoting Skycoin.

Dear community, a lot has happened in a short time span and a lot of misinformation is being spread everywhere. Below is the official team status update:https://t.co/ZqQBeqyp7T$Sky #Skycoin #TheNewInternet #NetNeutrality $Eth $Btc

A large amount of crypto missing

Skycoin claims that Evolab has laid hands on around 100,000 SKY coins during the last six months. When the theft was discovered, Evolab refused to return them or even admit the stealing. Therefore, the partnership was broken off.

The blog post then says that nine employees of the Evolab team broke into the house of Skycoin co-founder Synth seeking retribution. For six hours, allegedly, Synth and his wife were threatened, beaten and then robbed.

The attackers managed to steal slightly over 18 Bitcoins and around 6,500 Skycoins. The SKY wallet security system prevented them from extracting more tokens. Apparently, the gangsters also tried to steal the drafts of the platform’s ecosystem.

Trying to recover the losses

At the moment, Skycoin is doing its best to track the stolen coins.

The company has also had all primary exchanges to block the accounts of the guilty parties.

Coinmarketcap.com shows that the SKY rates have dropped significantly, by 26 percent within one day, from $9 to $6.94. Besides, over the past week, the coin lost around 50 percent of its market price and is still going down but now doing it slowly.