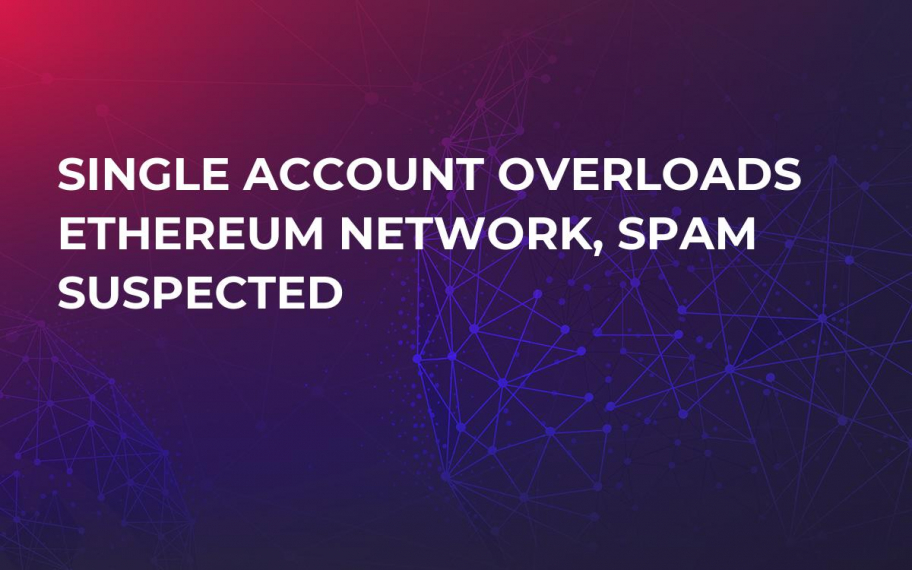 The Ethereum platform seems to be facing another spam attack. One address that is performing transactions to send and receive coins from other addresses is taking up over 24 percent of the gas. In the early morning on Aug. 7th, the flow of those operations reached its peak and then the gas use began to decrease.

Users on Etherscan believe that if in the past a peak in the activity on Ethereum was due to airdrops and was caused by projects making their online operations, now it looks like direct spam activity.

Estimated costs of the attack

Over the past day, Ethereum has faced a large volume of transactions. Anyway, it is still lower than 700,000. The regular price for an operation on Ethereum is still $0.017. But if a user wants a quicker transaction, the price may go up.

The current spam attack seems to cost around $20,000 considering the amount sent and received, 150,000 ETH, and the increments of 0.02 ETH. Presently, the attacker has not been identified.

Other Blockchains under attack

Ethereum is not the only platform that seems to be facing spam activity. Reportedly, EOS is at the moment also going through a transaction overload, though some community members believe that this is part of the hype.

The problem is when fake transactions overload any Blockchain network, it created an impression of high activity, which in reality does not exist, thus creating hype around the projects that are hardly ever used in real life.