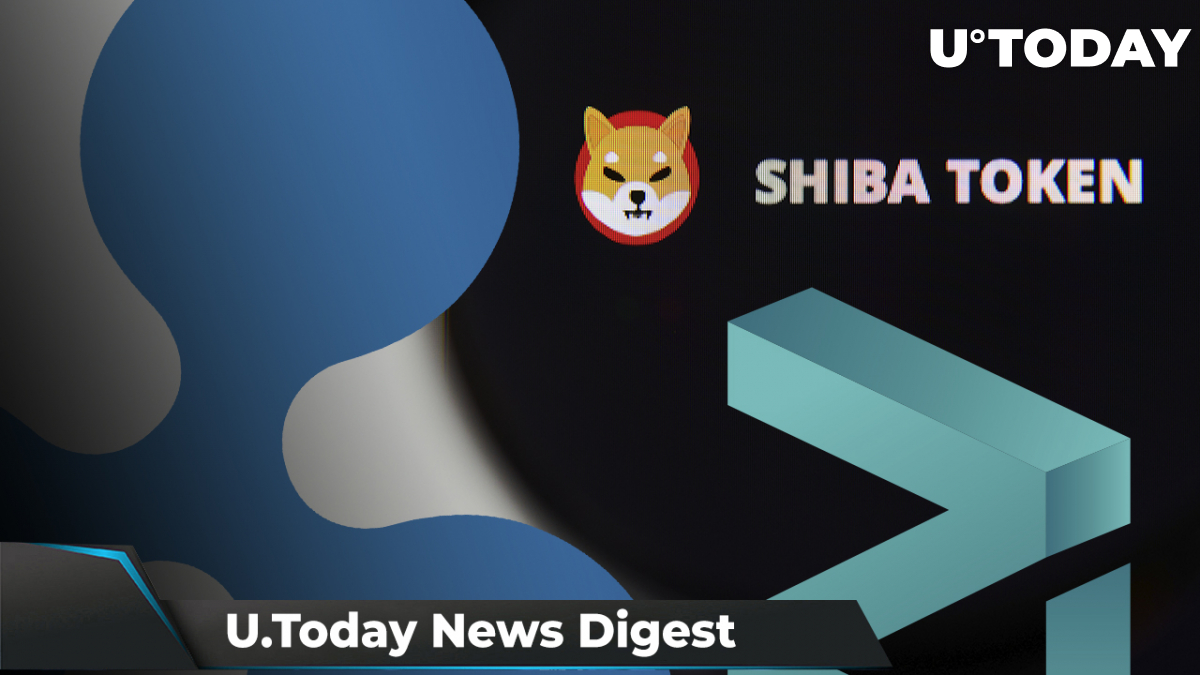 Shiba Inu's Metaverse project is here, these are the top features

After teasing its community with ambitious announcements since late January, the Shiba Inu team has finally revealed the details of its Metaverse project, called "SHIB: The Metaverse." According to the developers behind the project, the Metaverse will consist of more than 100,000 plot lands, some of which will remain private. The land plot will be unlocked in phases. During the introductory phase, the team will unlock 36,431 plots, which will be divided into four tiers (“Silver Fur,” “Gold Tail,” “Platinum Paw,” and “Diamond Teeth”). Prices range from 0.2 ETH to 1 ETH depending on the tier.

In his recent interview, Brooks Entwistle, Ripple’s VP and managing director for APAC and MENA, emphasized RippleNet's success in the Asia-Pacific region, where transactions have risen 130% year-over-year. The reason behind the uptake of RippleNet's ODL service in the APAC and MENA region is increased demand for quick settlements and immediate access to funds. According to Entwistle, while remittances could continue to be a key use case for RippleNet, other emerging use cases, such as trade flow or treasury management, may soon come to the forefront.

Yesterday, Zilliqa (ZIL) astonished the crypto community once again by surging another 60% on Binance. It reached $0.164, the highest price level since May 19, 2021, and is now close to entering the top 60 cryptocurrencies by market cap. The cryptocurrency became the center of attention for the first time on March 26 after suddenly spiking more than 100% within a single day. The rally came after Metapolis, a soon-to-be-launched Metaverse project powered by Zilliqa, announced its partnership with global talent awards app Agora.

According to data provided by IntoTheBlock, after dropping as low as 35% earlier in March, Shiba Inu is now seeing its profitability increase to 46%. The CoinMarketCap service also demonstrates 14% growth over the past week for SHIB. Meanwhile, the Shiba Inu community is being teased with a major announcement, which was expected to take place on March 30. As the community continues to wonder what the update could be about, Shiba Inu whales are massively accumulating, with over 621 billion SHIB grabbed in the last 24 hours.