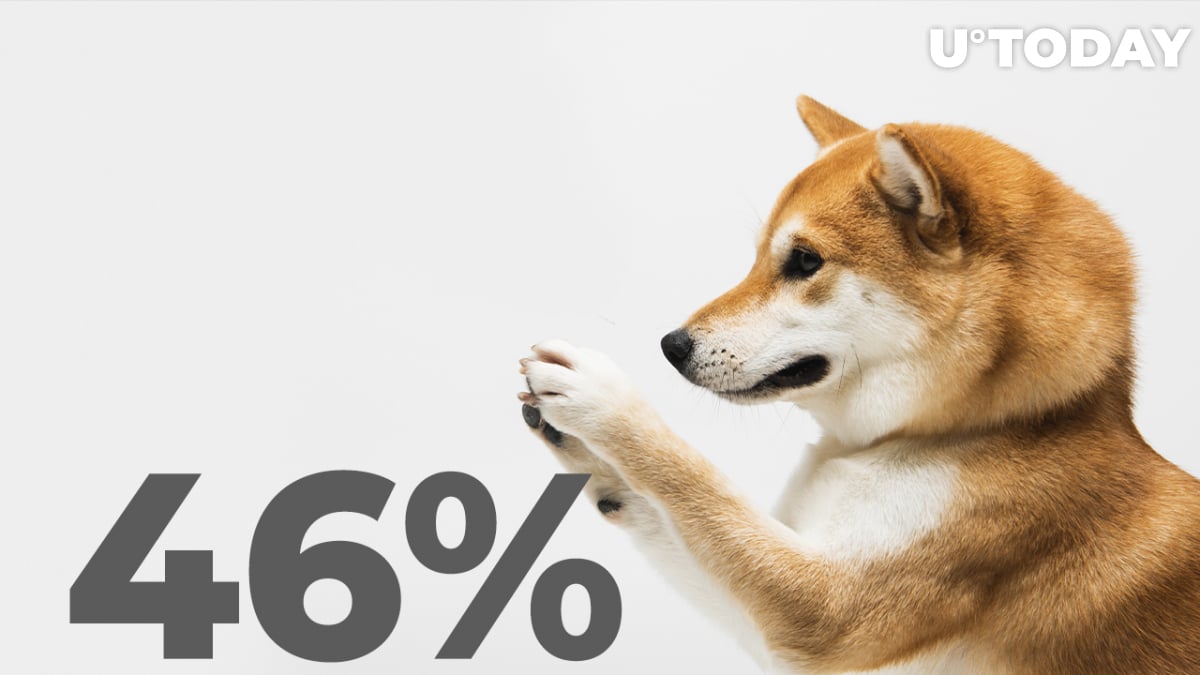 Per IntoTheBlock data, the profitability of the second-largest meme cryptocurrency, Shiba Inu (SHIB), has increased to 46% after dropping to as low as 35% earlier in March.

As seen on the official SHIB Twitter handle, the Shiba Inu community, ''ShibArmy,'' is being teased with a major announcement slated for today. As the community continues to wonder what the update could be about, Shiba Inu whales are massively accumulating.

Anonymous whales purchased billions of Shiba Inu tokens amid its 30% run in March following a massive increase in the number of large transactions and positive price action. In the last 24 hours, over 621 billion SHIB have been grabbed by the top ETH whales, as blockchain data tracker WhaleStats reports four large SHIB transactions.

The accumulation spree embarked on by top holders resulted in 24-hour trading volumes increasing by 523%.

WhaleStats' analysis of the top 100 Shiba Inu holders reports a 110% rise in the average SHIB balance of this category of investor. The average SHIB value of their portfolio has also grown by 127%. Netflow has likewise increased by over 826% over the last 24 hours.