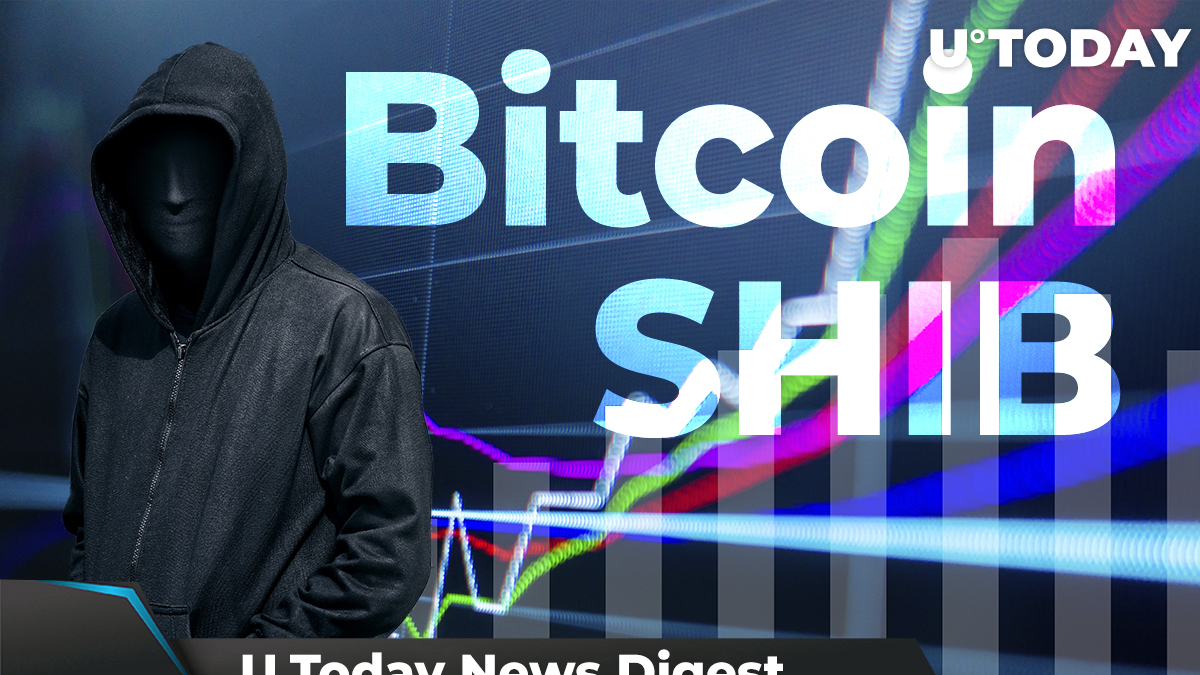 U.Today has summarized the top five most compelling crypto news stories over the past day.

SHIB becomes 11th place coin, gets more mentions on Twitter than other cryptos

As per data provided by CoinGecko, Shiba Inu has soared to 11th place on its cryptocurrency market cap scale, catching up with Dogecoin, which holds 10th place. The market cap of SHIB currently totals $14,587,449,142, while Dogecoin's market capitalization stands at $29,801,238,979. At the same time, Shiba Inu’s popularity on Twitter is skyrocketing. According to a tweet by CoinTrendz, the meme cryptocurrency has become more mentionable on Twitter than Bitcoin, Ethereum, Dogecoin, ADA and the other top 10 altcoins.

Bloomberg has shared charts with an inverted Head and Shoulders pattern, which indicates the possibility of BTC rising to the $79,000 level. An Ichimoku signal and options market also suggests a potential rise to $80,000 by the end of this year.

In his recent thread on Twitter, Eric Balchunas, chief ETF analyst at Bloomberg, commented on the topic of Bitcoin ETFs that may be approved by the SEC at the end of October. He said that if all goes well, ProShares, the company that submitted a Bitcoin ETF application first, will be free to launch it in eight days. According to Balchunas, the crypto community may be overestimating the demand for Bitcoin exchange-traded funds. He admits that their launch would be a tremendous step forward but expects to see no more than $4 billion worth of them in the first year.

Ripple has long been known as one of the most climate-conscious companies in the crypto industry. Now, as part of its recent partnership with financial services company Nelnet, Ripple fintech giant will invest $44 million into the company’s renewable energy business division to provide funding for American solar power projects. The projects funded by Ripple are expected to offset more than 1.5 million biometric tons of CO2 greenhouse emissions.

Dustin Trammell, a security researcher who claims to be the second person to run a Bitcoin node, has taken to Twitter to share a couple of proofs that Craig Wright is not Satoshi Nakamoto. Trammell says that the 25 coins he received from Satoshi were from a mined unspent transaction output, which was not included on the list of Wright's addresses. The second piece of evidence is that Trammell signed a message using his private key to prove that he mined a Bitcoin block. He urged Wright to do the same with the genesis block, but he adds that this is impossible since he believes that the nChain scientist is not Satoshi. In this way, everyone would be able to verify the fact that he actually created the cryptocurrency.