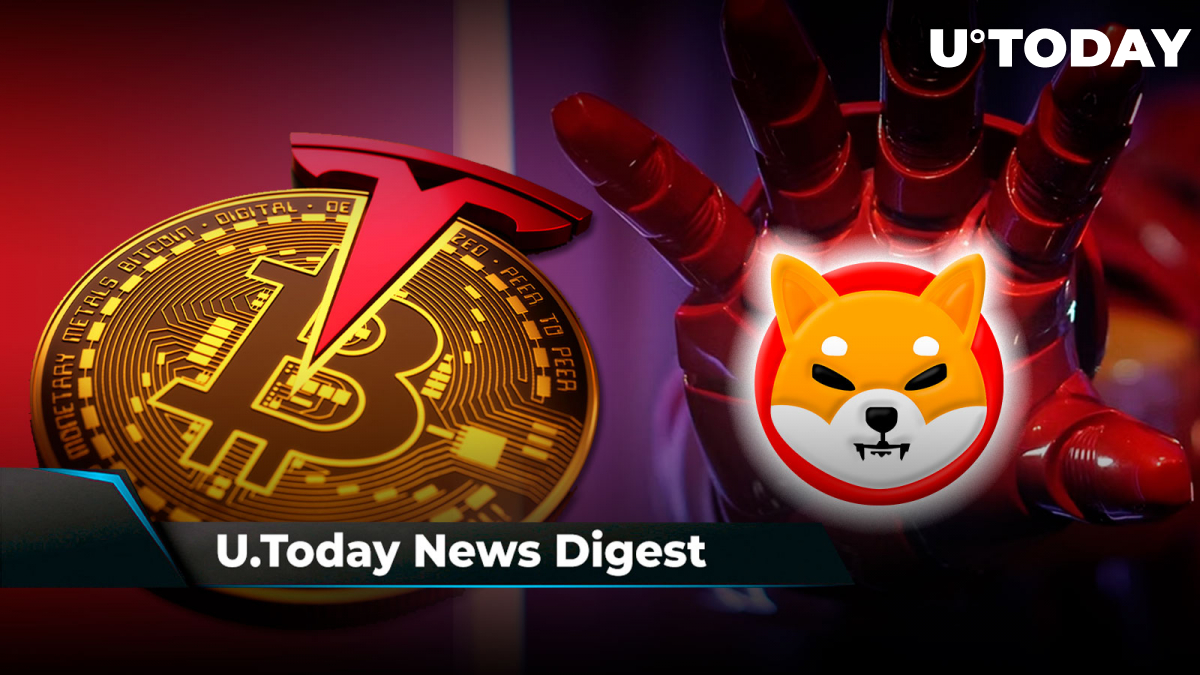 According to the official release, the Shiba Inu team has chosen The Third Floor (TTF) for the design and construction of its Metaverse Project. TTF is known as the busiest visualization company that collaborated on projects in Hollywood and around the world, including “Avengers: Infinity War,” “Wonder Woman,” “Thor: Ragnarok” and other prominent movies. Within the newly established partnership, TTF will help Shiba Inu developers define and develop virtual environments, buildings and landmarks for a true Shiba-inspired universe. The art-driven vision shared by the Shiba Inu community was “inspiring,” says Dane Smith, TTF’s chief creative officer. He believes that the Metaverse can potentially offer an infinite number of possibilities and mixed-reality experiences.

After Tesla, the leading e-car maker, shocked the entire market by dumping most of its Bitcoin holdings ($936 million worth of BTC), its CEO Elon Musk rushed to comment on the company’s decision. The centibillionaire explained that the move should not be taken as some verdict on the flagship cryptocurrency, stating that Tesla had to liquidate its holdings due to the company’s concerns about its overall liquidity due to shutdowns in China. Musk also added that Tesla was open to increasing its Bitcoin holdings in the future.

Meanwhile, Bitcoin has dropped to $22,650 on the news. However, at the moment of publication, the king crypto has managed to recover, climbing back to $23,680.

XRP worth millions of dollars continues to flow into exchanges and wallets, now directly from Ripple address

The market continues to witness suspicious activity with XRP tokens first spotted on Friday. Yesterday, per WhaleAlerts data, 60 million XRP worth $21.86 million were shifted from Ripple's address to an unknown wallet. Then, three hours later, the same amount of XRP was sent from an unknown wallet to Mexico-based crypto exchange Bitso. In addition to this, within an hour, 59.9 million XRP had been withdrawn from one Bitso address to another, or to the same address it originally came from. However, none of the above-mentioned transactions affected the XRP price - the Ripple-affiliated token keeps being quoted near the top of the price corridor, where it is hitting a strong resistance level of $0.375. The possible explanation behind such activity might be XRPL or Ripple preparing some big announcements or updates, or perhaps it is just shifting tokens from one pocket to another.

In a recent tweet, game veteran William Volk, who is also known as the lead consultant for the Shiba Inu Games version of the Shiboshi game, replied to a teaser video of a cloudy rainstorm posted by the official SHIB account, writing that "something" seems to be coming for the meme token. Volk became Shiba Inu Games’ consultant back in November 2021. Meanwhile, on July 20, Shiba Inu smashed a record-breaking milestone, reaching over 1,210,000 holders. According to WhaleStats data, at the time of publication, the number of Shiba Inu holders constitutes 1,211,989. Besides, the canine coin has returned as the biggest token position for the top 100 ETH whales. The top 1,000 ETH wallets are now holding 57,414,619,561,170 SHIB worth $658,535,219.