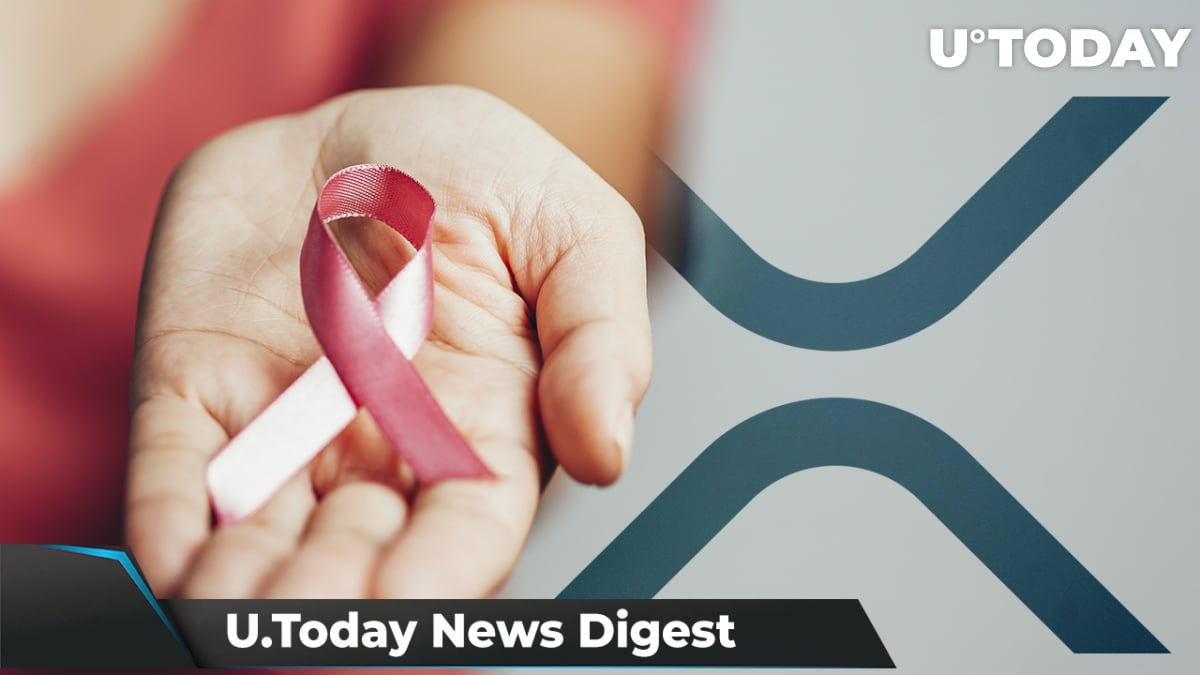 These top four news stories by U.Today will help you stay updated on crypto events over the past weekend.

Yet another world organization has embraced cryptocurrencies. According to the official announcement by Susan G. Komen, the leading breast cancer foundation in the world named after the late fashion model, it started accepting cryptos in partnership with donation solution The Giving Block. From now on, crypto holders from every corner of the globe can donate Dogecoin, Shiba Inu and Dogelon Mars so that the organization can continue providing health awareness education and fund research into breast cancer.

According to Whale Alert and XRP analytics service Bithomp, on Saturday, 1.686 billion XRP tokens have been transferred between several major digital exchanges and anonymous crypto addresses. It is remarkable that this is the second day in a row on which big crypto market players have been detected transferring over a billion XRP.

At the moment, XRP is changing hands at $0.9354, according to CoinMarketCap, trying to recapture the $1 zone.

Cardano founder Charles Hoskinson has recently posted a tweet sharing an update from COTI’s dev team on Djed, a stablecoin that will utilize smart contracts to maintain a base coin reserve in an autonomous bank that will also operate using smart contracts. The dev team released an article about Cardano’s Plutus implementation for Djed, which they are currently testing. According to the article, a pre-released version will be delivered over the next several days for UI integration. OG promotes Djed as the first stablecoin that is “formally verified.”

On-chain data by etherscan shows that on Saturday, Dec. 25, almost 21 billion SHIB tokens were bought and transferred by cryptocurrency whales. As can be seen on the analytics platform, the whales moved their coins from one wallet to another and from crypto exchanges to their digital addresses in eight major transfers. The biggest transactions carried  6,348,990,689 SHIB, 3,530,860,280 SHIB and 2,799,990,000 SHIB, while the rest carried from 1.5 billion to 1.8 billion Shiba Inu.