ICO in business and blockchain-based international payments. What did experts at Blockchain & Bitcoin Conference Australia discuss? 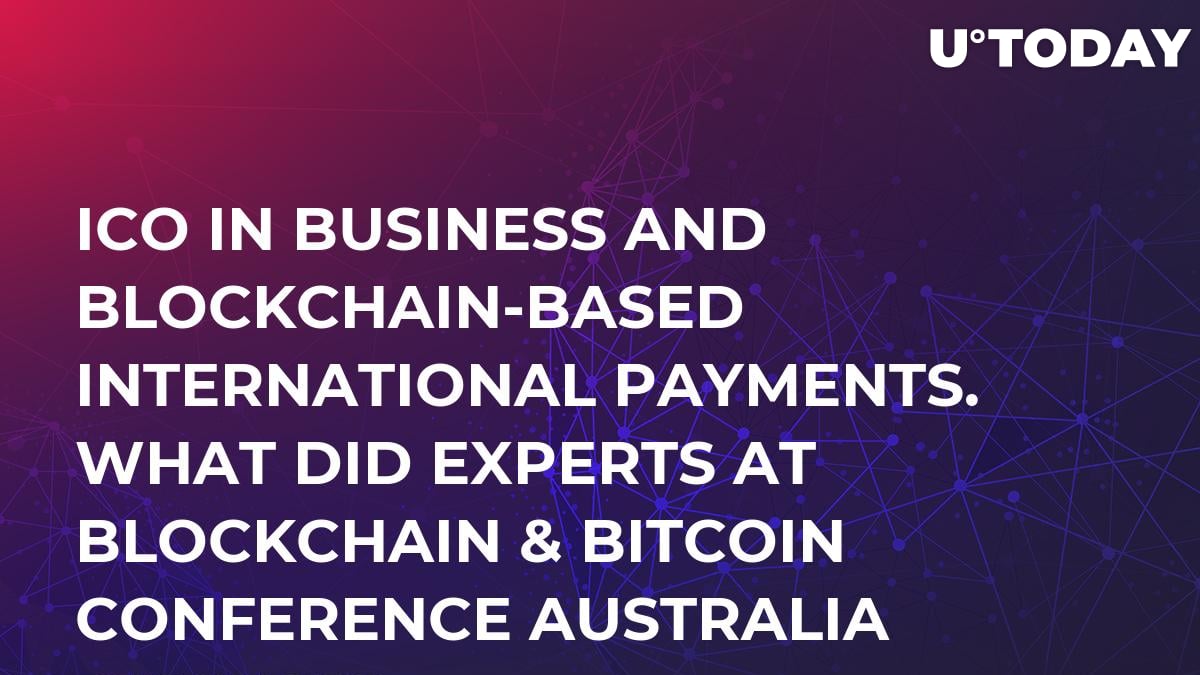 Cryptocurrencies are not of primary importance for business, blockchain-based payments is what defines the future while mining is becoming more power consuming. These are key points voiced at Blockchain & Bitcoin Conference Australia in Sydney, a large international event dedicated to blockchain, cryptocurrencies and ICO, on May 29.

Technical Solution Professional at Microsoft Shri Chakraborty reported that currently cryptocurrencies are paid much attention to, especially, making money on them. Instead, we should focus on the technology hidden behind digital cash – blockchain. In her opinion, blockchain network is better protected than its predecessors are. That is why its potential should be fulfilled in business.

Benjamin Hall - Senior Business Systems Analyst at Australian Government claimed that blockchain would appear a key factor in cross-border payments transformation. The speaker pointed out that he was voicing only his personal opinion, not Australian Government. Benjamin Hall sees a lot of undeniable advantages though having many unsolved tasks. The expert outlined the most important of them:

The future belongs to Bitcoin Cash

CEO at Blockchain Global Sam Lee in detail described the work of Australia-based Blockchain Centre — not for profit knowledge and community hub. As the speaker reported, this organization helps fintech startups at the first stage of development. Besides, Blockchain Centre is an education hub and coworking space. According to Sam Lee, the organization’s ambition is to expand the global blockchain community.

Mining is taking off

CEO of VOX.sg Stefano Virgilli dedicated his presentation to cryptocurrency mining. The speaker provided data on power consumption over the year in large countries and compared it with the energy spent on bitcoin mining (also over the year). As the data shows, global bitcoin mining consumes almost 10% of electricity consumed by the UK within a year.

The following speakers also took the floor at the conference:

Blockchain & Bitcoin Conference Australia featured two panel discussions dedicated to ICO and crypto legislation. Participants of the first one discussed possibilities and threats token sale imposes on business. The topic of the second discussion was legislation in terms of cryptocurrencies, token sale and blockchain-based business. It was unanimously resolved that crypto marked needs proper regulation.

The moderator of both panel discussions was Zachary Reece — an investment expert and a Managing Partner at BlockTrade Investments.

Members of the international blockchain industry were participants of the exhibition area. Cointraffic offered its services of project promotion via an affiliate crypto advertising network.

Agate presented its own product – a blockchain-based platform for immediate payments that would be used for several mobile apps.

Enosi and Global Grid+ showed ways of blockchain introduction in the power segment.

Hidone showcased the work of its blockchain app for local search of employees. Meanwhile, ExoLover presented a dating app.

The event was organized by the international company Smile-Expo that initiated the series of Blockchain World Events held in over 25 countries. The next conferences are coming soon in the UK, France and Georgia. Find out more at Smile-Expo website.