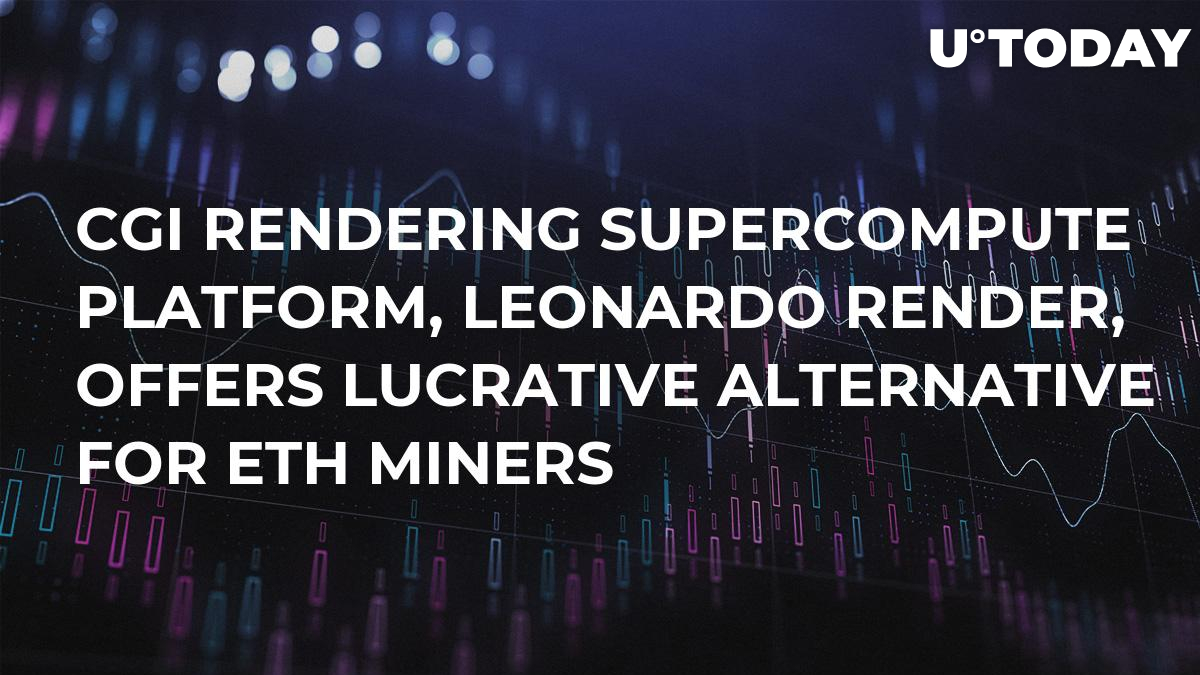 Launching April 16th at World Blockchain Forum, Dubai, Leonardo Render solves a major problem in CGI (Computer Generated Imagery) rendering while offering new opportunities to Ethereum miners. Currently, CG creators wait up to 24 hours to see a single image rendered, while animators face regular waits of up to one month for each second of video.

Recent news has explored the impact of new ASIC (Application-Specific Integrated Circuits) miners on the Ethereum ecosystem. Previously dominant GPU (Graphical Processing Unit) miners are about to be superseded by ASIC chips that significantly outperform them. Leonardo Render offers GPU miners a potentially lucrative alternative. On average, a single render miner GPU is expected to earn nearly $0.50 per hour vs. $0.027 USD per hour for ETH mining, an increase of 1,752%.

“Leonardo Render will be a game-changer. Using it, I can see our CAD [Computer-Aided Design] projects rendered in a few minutes. No additional skills are required and the opportunity to scale the processors to an almost unlimited number is incredibly compelling.” - Giacomo Longoni, CEO of GDesign, former Architect, Renzo Piano Building Workshop (2000-2007)

“After 15 years of experience in the creative industries, I realized that rendering speed was a serious bottleneck that needed solving. We have spent the last four years perfecting an entirely new approach to overcome the major hurdles faced by designers, artists, and developers in their rendering projects. Leonardo Render is a transformational technology.” - Marco Iodice, CEO & Founder of Leonardo Token, Seven-Times Cannes Lion Winner

Leonardo Render is an exciting opportunity landing at a perfect time. It brings together the solution to a major computational problem; a $129BN market thirsty for this service; the power of the blockchain for creating new market ecosystems; established hardware resources ready to deploy; and a large amount of infrastructure in need of a new market ecosystem.

About Leonardo Render:
Leonardo Render is a software application that offers access to a distributed supercomputer via a blockchain protocol. The project is already in the first stage of deployment, with a vertically integrated partnership with the 23,000 GPU facility of Giga-Watt — the largest crypto-mining site in the United States.