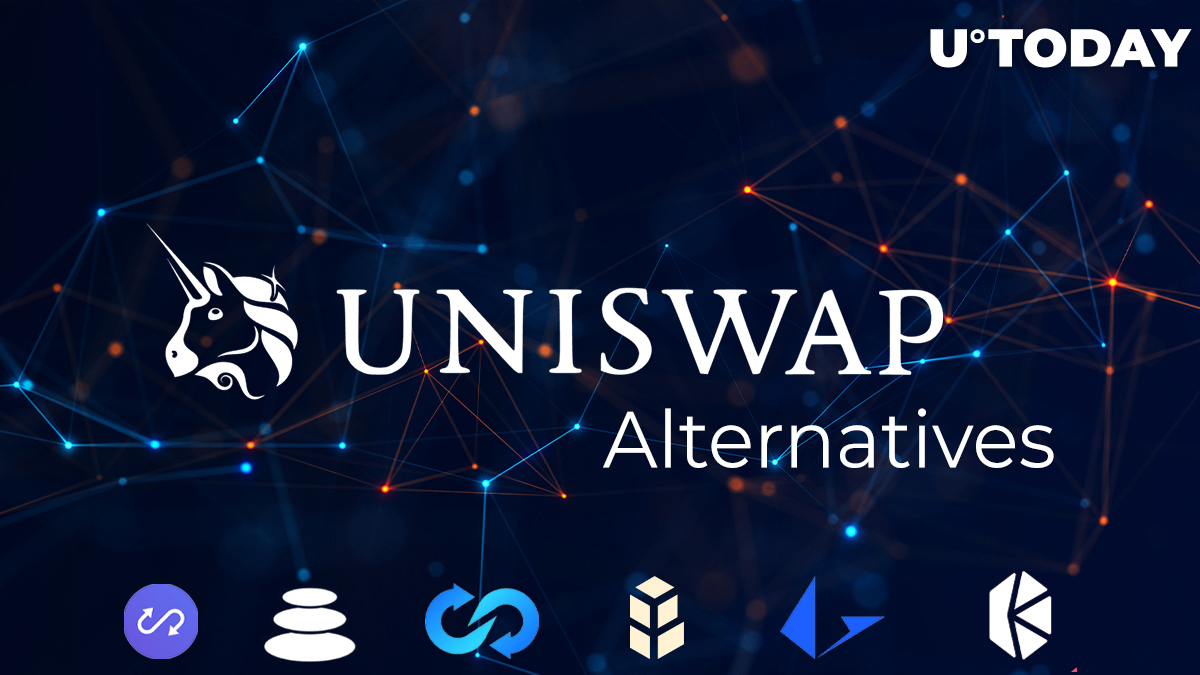 DeFi! We just can’t get enough of it at the moment. It is undoubtedly the rave of the town and there is nowhere you will turn on the crypto internet that you won’t see a topic on DeFi. The hype and the craze around DeFi have brought on an interesting shift in the crypto market. It is certainly a hot piece of cake for traders and yield farmers looking to get their share of the DeFi cake. For many, it presents an opportunity for maximum earnings and yield.

While DeFi has become hugely profitable especially on a platform like Uniswap, which is based on the ethereum blockchain, it has shown to have a thorny side to it of which we know already (just look at the insane rise in ethereum gas price). As DeFi gains more popularity so as the gas price went up especially for a platform like Uniswap that is based on ethereum. This is why many users are constantly on the search for alternatives. Alternatives that can offer just as much while maintaining lower transaction fees and even better service. 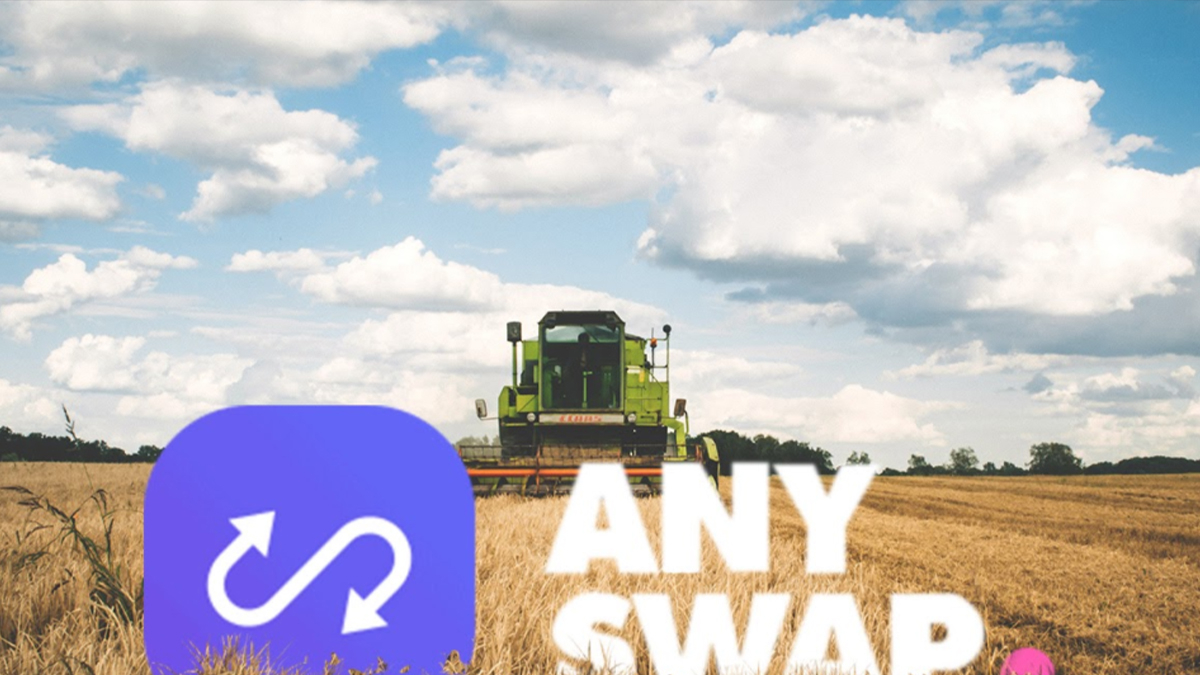 Arguably, Anyswap can be said to be the top Uniswap alternative in the DeFi space. The Anyswap protocol, unlike Uniswap, allows you to swap more than just ETH and ERC-20 tokens as it accommodates swaps of tokens across different blockchains. That is why it is called a decentralized cross-chain swap protocol. It can operate across several chains because it uses Fusion chain instead of ethereum like Uniswap. The fusion chain runs on the DCRM technology to bring about interoperability, which Anyswap uses for its protocol. In essence, the Anyswap can swap tokens that use EdDSA or ECDSA as its signature algorithm.

Users are able to swap between ETH, ERC-20 token, USDT, BTC, FSN, etc. The native token on the platform is called ANY and it stands as its governance or utility token through which token holders can participate in the decision-making process. The users also get rewarded with the ANY token when they run Anyswap nodes, add to the liquidity pool, and swap tokens. This is a truly decentralized exchange as Anyswap has no control over your investments and funds. 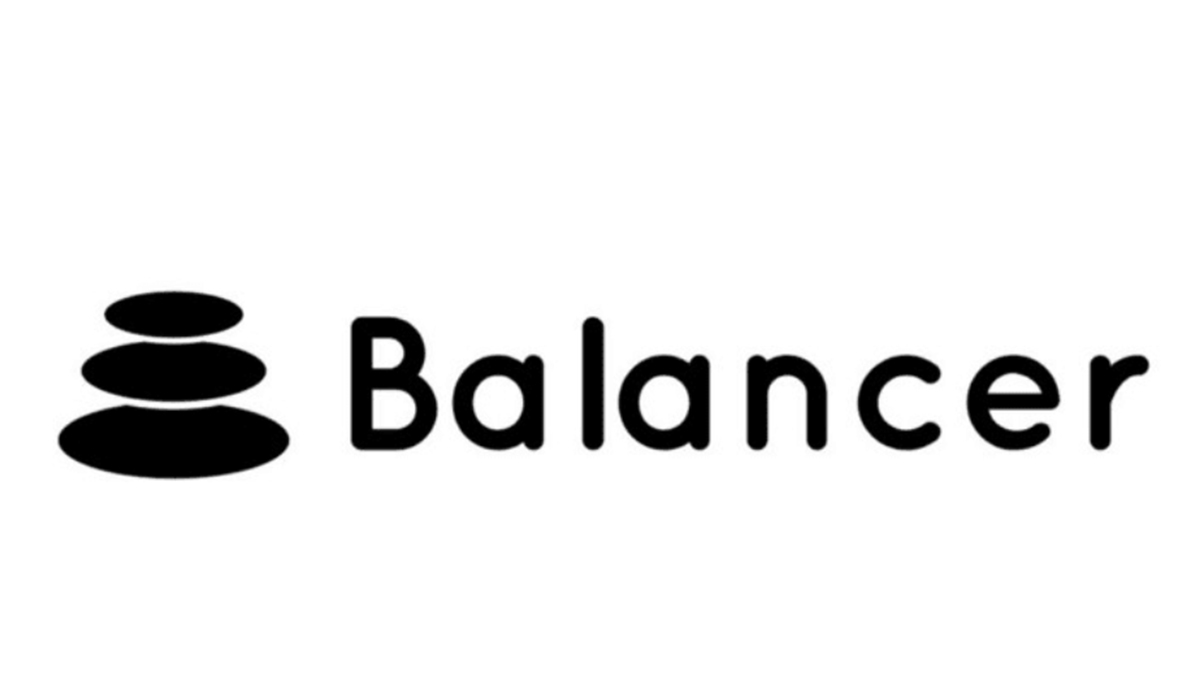 The Balancer protocol is similar to Uniswap in the sense that it also enables you to swap between ETH and ERC-20 tokens. The on-chain exchange works using automated market making. It is worth noting that the Balancer has no native token of its own neither does it have protocol fees from the onset of the project. Those were added later on in the project.

Users on Balancer can put all their portfolios in the self-rebalancing LPs on the protocol then gain on it through fees paid as users transact with their portfolio. There are key differences between Uniswap and Balancer. The first one is that there was no full decentralization as the project was launched. Instead, the protocol uses its governance token called BAL to achieve decentralization. The introduction of the governance token was a means to allow decentralization of DApp at the same time securing the network through the stakeholders.

Additionally, Balancer allows up to eight tokens, on the other hand, Uniswap support Ethereum and ERC-20 tokens. The Balancer protocol can provide a similar level of functionality just as Uniswap. 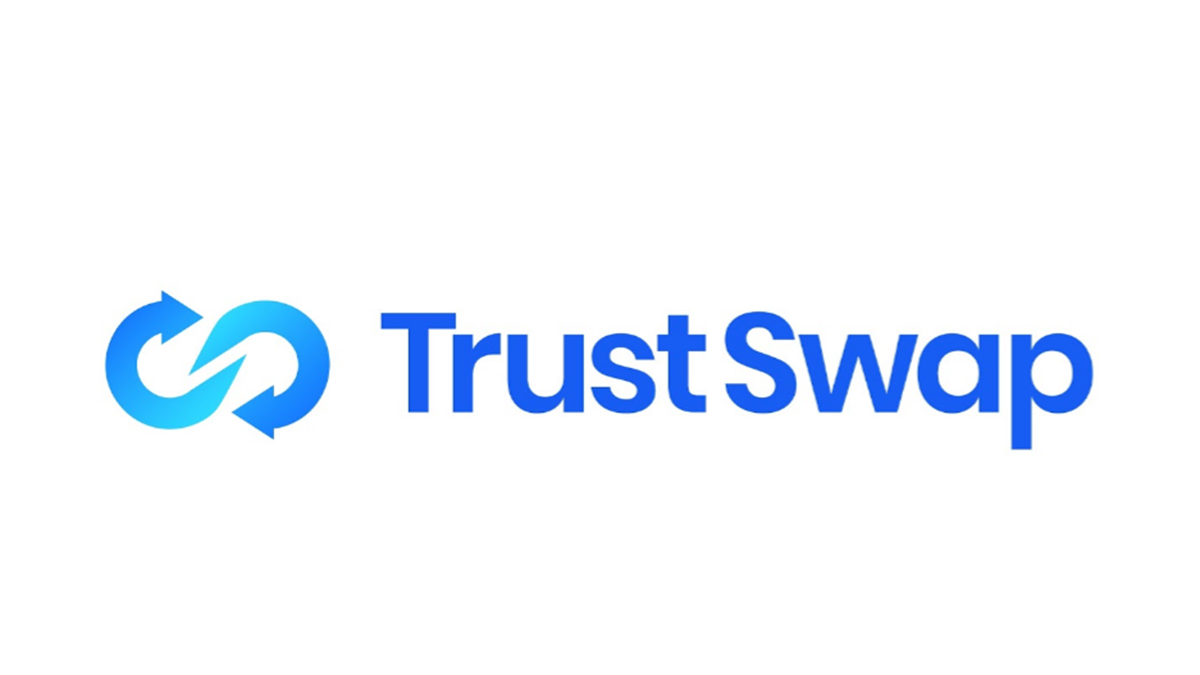 This swap protocol was launched as recently as Aug 2020. Just like Uniswap, the protocol is based on ethereum and its native token is called SWAP. The token is used for staking rewards that give 80% of the gas price to liquidity providers and stakers and for governance so that stakers are afforded voting right within the Trustswap ecosystem. Using the native token for transaction fees gets you a discount on transaction fees.

The protocol aims to provide exchange services and other financial services at reasonable fees. The financial services offered are as follows: time-released transactions, transfer of tokenized assets, escrow services, the transaction of tokens, and smart swaps. Trustswap’s financial services provide key values to businesses. The smart swap gives users a feel of a cross-chain transaction by wrapping any non-ERC-20 token like Ripple, etc. into an ERC-20 token. The Escrow service allows users to break down payments into scheduled batches. This can create a comprehensive ecosystem that recognizes the constantly changing need of the market. 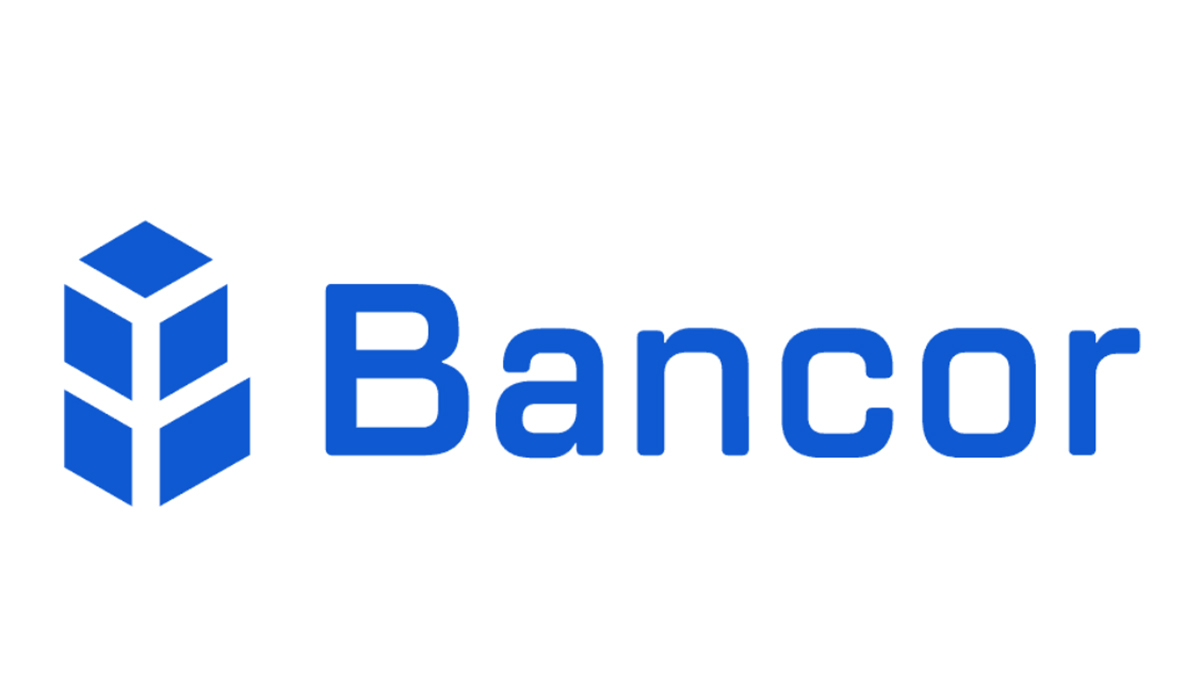 Another swap protocol that provides token swap services and this time on the ethereum and EOS platforms. Whereas Uniswap allows just ETH and ERC-20 tokens, Bancor allows both EOS and Ethereum tokens leading to a more broad market for the users. The Bancor protocol also has its native token known as BNT. You can either swap tokens on Bancor or contribute to the liquidity pool. By doing so, you gain by earning a part of the transaction fees on the network. The number of tokens available for swap on Bancor is remarkable with close to 10,000 token pairs.

The user experience on the protocol is great too ranking among the top exchanges out there in the market. The token is swiftly converted or swapped without hassle. In terms of liquidity, this is covered by the BNT token smart contracts that make sure of token balance every time there is a transaction. This eliminates the need for Bancor to act as an intermediary for transactions. The Bancor network and its native token enable users to carry out the swap for EOS and ETH tokens continuously. 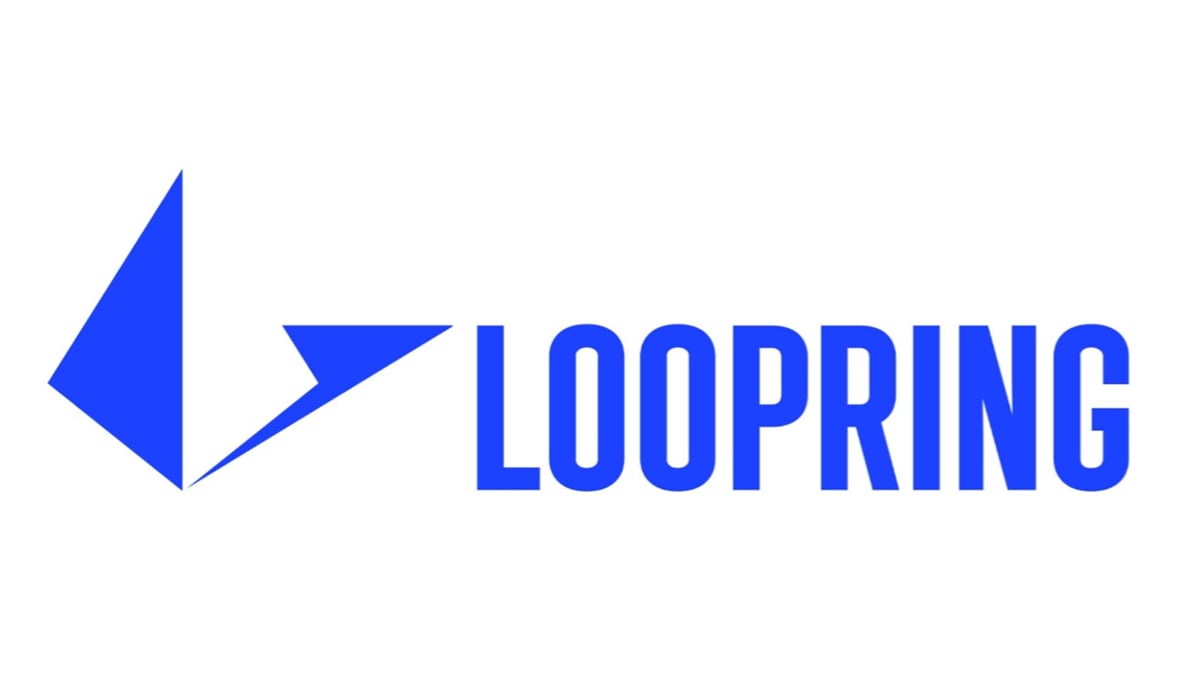 This protocol is also based on ethereum and works based on an order book model unlike many alternatives to Uniswap out there. This enables developers to create a non-custodial, high-throughput order book. Loopring utilizes Zero-knowledge Proofs and is built on Loopring 3.0, the technology is capable of handling about 2,025 trades in a second. At the same time maintaining the same security level as the ethereum network on which the protocol is based. Additionally, the scalability of Loopring surpasses that of Uniswap 2.0.

As said earlier, Loopring operates an order book, which means that we have taker and maker fees. The fees for the taker ranges from 0.1% to 0.3% dependent on the trading pair and the maker stands at 0%. Another different feature about Loopring compared to Uniswap is that there is a native ERC-20 token known as LRC. The function of the token is to incentivize stakeholders and secure the economic standing of the exchange. The use of the token is a means of decentralization of the Loopring protocol. The token can also be used for staking by users through which they can earn a discount on their trading fees and a percentage of the trading fees of other users. 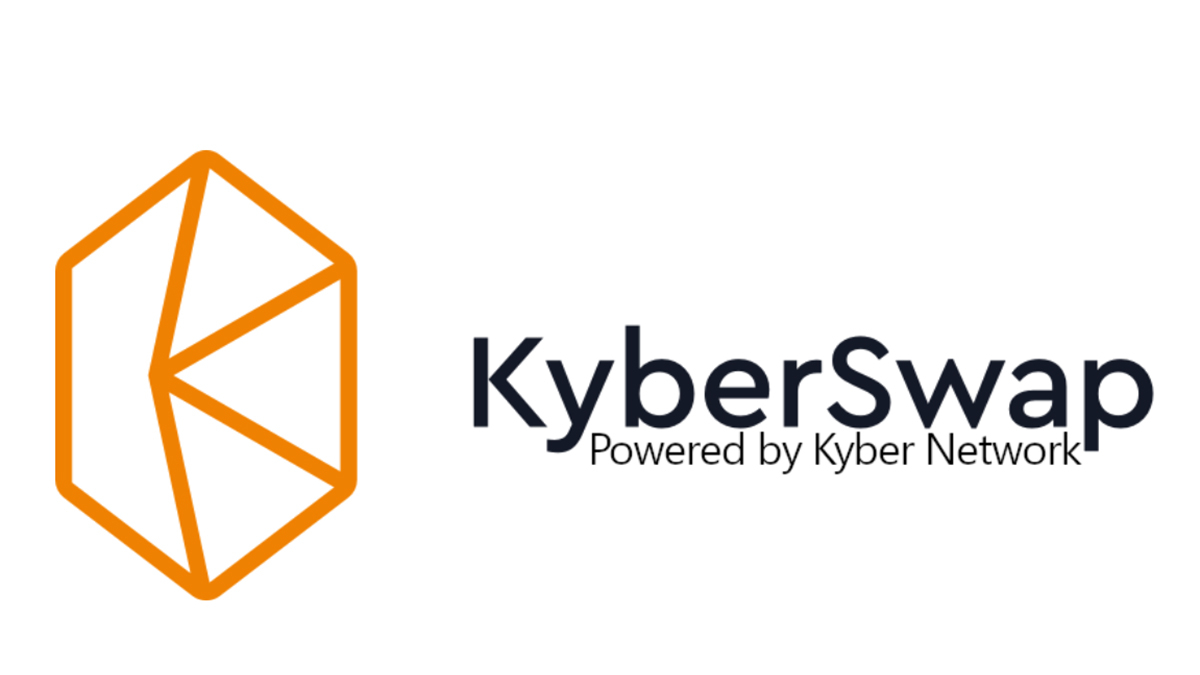 This is another ethereum based swap protocol like Uniswap allowing the swap of ETH and ERC-20 tokens. There are over 70 ERC-20 tokens available on the platform such as USDT, KKR, DAI, WBTC, etc. The protocol easily accumulates liquidity from diverse reserves by using automated market makers. So, there is no concern about the availability of buyers and sellers of specific tokens. There is also what we call non-custodial limit order. This feature enables you to set a specific price for the order while holding on to the price to reach the set price before executing the order.

The native token on Kyberswap is known as the KNC and they are used by reserve managers for payment of related fees. Kyberswap is exclusive to ERC-20 tokens, although it can indirectly transact with cryptos on other blockchains. It does that by allowing ERC-20 tokenized versions of these cryptos, for example, Wrapped Bitcoin (WBTC), which stands for the value of bitcoin on the ethereum network. Kyber also allows the integration of decentralized token swaps into any app. This provides an effortless exchange of value within the ecosystem. Through this, developers are able to create advanced payment flows and apps.

To use the Kyberswap protocol has been made as easy as just connecting your ethereum wallet on the Kyber site and trading straight off. As the protocol is ethereum base that means you will have to trade using ethereum.

Even though Uniswap has gained popularity in the market especially in the DeFi space, there are viable alternatives that are gaining ground fast, and the ones discussed are among those that have the best features to offer. These are features capable of challenging Uniswap hold on the market so, there is no shortage of where to look when looking for alternative places to swap your tokens. Platforms like Anyswap are already doing wonders and you should expect more platforms to spring up over time in addition to those already available.