David Dinkins
City in New York becomes country’s first to ban Bitcoin mining because it’s driving up the prices of electricity for locals. 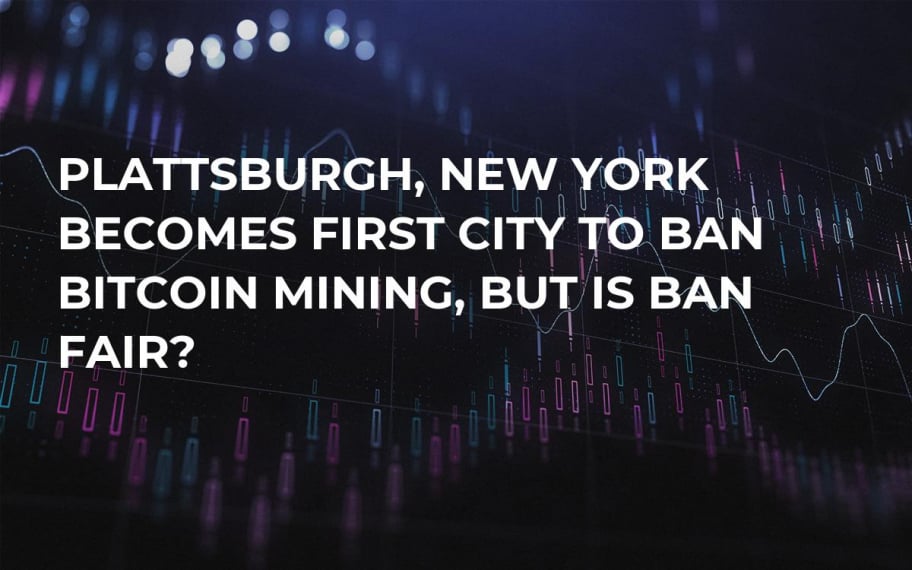 The city of Plattsburgh, New York became the first in the country to ban cryptocurrency mining. The city’s electricity needs are supplied by hydroelectric dams, providing extremely inexpensive electricity to residents and businesses. In fact, the city of Plattsburgh boasts electrical prices half the national average, with industrial customers being charged even less than that - only two cents per kilowatt-hour, or about a fifth the national average.

China and Iceland have gotten most of the attention in the last few years when it comes to inexpensive places to setup Bitcoin miners. Both nations have cheap and abundant - even overabundant - electricity. Iceland also benefits from a cold climate, reducing miners’ air conditioning bills.

Lately, however, miners have found themselves drawn to certain areas of the US, namely the Pacific Northwest and parts of New England that are supplied by hydroelectric power. Electricity generated by hydroelectric dams tends to be extremely inexpensive, and the cities that benefit from such inexpensive energy have begun to guard it jealousy.

It’s simply a matter of economics - barring any barriers to entry, industries that consume a great deal of electricity will move from areas of expensive energy to inexpensive energy, assuming they can. While relocating an aluminum plant would be virtually impossible, moving a few cargo containers of Bitcoin miners would be quite simple, and that’s exactly what has happened. As the Chinese government began cracking down on Bitcoin miners, revoking their access to inexpensive electricity, miners started looking elsewhere.

Cities that host hydroelectric dams tend to heavily subsidize the cost of electricity for their residents. Electricity is a resource that can be transported over fairly long distances with relative ease, meaning that utilities could readily sell excess energy at a profit. Instead, in the Mid-Columbia Basin of the US Pacific Northwest, six enormous hydroelectric dams produce far more electricity than local residents could possibly use. Locals are sold electricity at bargain-basement prices, while the surplus is sold “at high prices” to Seattle, Los Angeles and other cities.

Plattsburgh, New York receives a large, but not unlimited, allotment of inexpensive electricity from nearby hydroelectric dams. Should the city’s needs exceed that amount, they are forced to buy electricity “on the open market.” In both the Mid-Columbia Basin and Plattsburg, electricity is sold to residents are lower rates than it could fetch on the open market. Put differently, local utilities are subsidizing the cost of electricity for nearby residents.

Those who live in Plattsburgh were furious when they recently discovered that their electric bills had gone up by $100 - $200 per month due to the energy-hog interlopers who mine this “magic Internet money.” They demanded, and city officials agreed to, the US’ first moratorium on new Bitcoin mining operations. Existing operations are not affected.

At first, it seems sad that these mysterious consumers of electricity have caused residents’ bills to soar. But one must ask: is it really fair for the electricity of locals to be subsidized in the first place? Why should residents of Los Angeles or Seattle pay more for electricity that’s sold to locals at much lower prices?

The question isn’t whether Bitcoin miners are good or bad, or whether they are a plus for the community or not. The problem is really quite simple - basic economic principles drive all actors, including Bitcoin miners. If a local utility has decided to subsidize nearby residents but charge full price to distant municipalities, then is it any surprise that mining operations would take advantage of the cheap power offered to locals?

Are miners really the abusers here, or is the system, in fact, the problem?