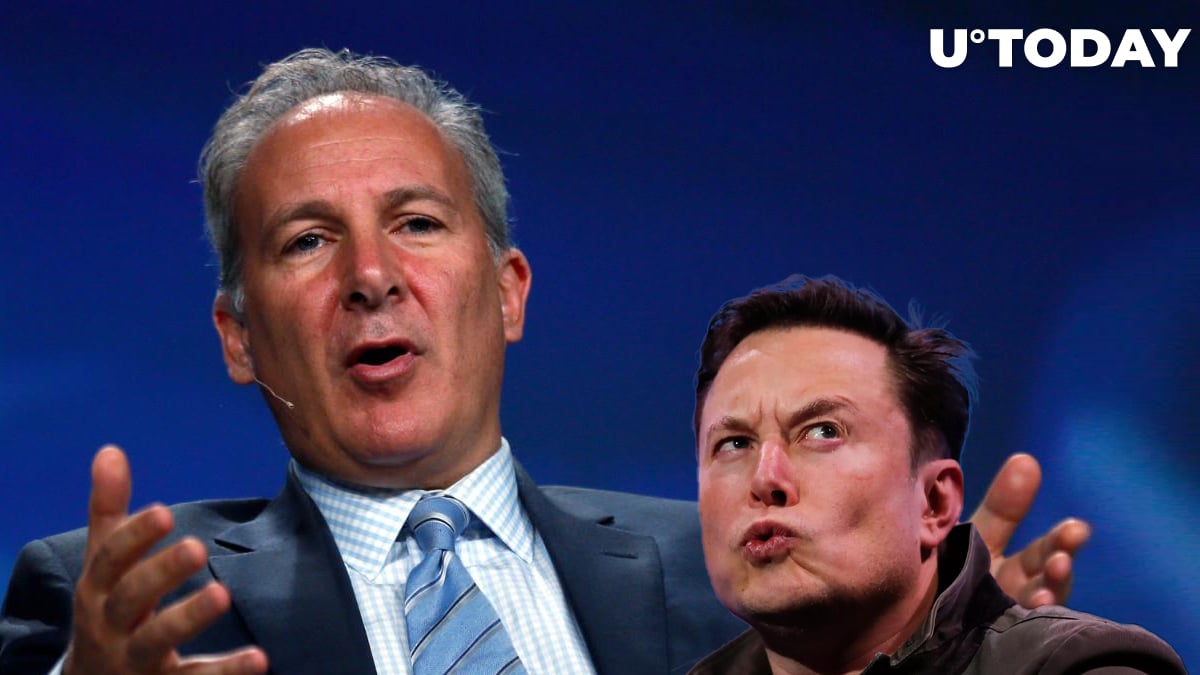 In his latest tweet, Euro Pacific Capital CEO Peter Schiff has commented on the recent public message from Elon Musk, in which he calls Dogecoin "the people's crypto."

Schiff also stated that the Tesla CEO is "pumping cryptocurrencies."

Peter Schiff, who prefers traditional safe havens such as silver and gold—but not Bitcoin or other crypto—has trolled Elon Musk for putting up a tweet that pumped DOGE over 50 percent earlier today and wrote that "in retrospect, it was inevitable."

While replying to a comment, Schiff specified that he has no negative feelings toward Musk. However, Schiff admitted that he does dislike Musk's pumping cryptocurrencies.

He explained this by saying that a lot of people can lose a lot of money since Schiff believes Bitcoin and other crypto to be nothing but a bubble.

Musk, who tagged Bitcoin in his Twitter bio last Friday, has now removed it. This coincided with him first tweeting "DOGE" today and later on writing on his Twitter page that "Dogecoin is the people's crypto" and "No highs, no lows, only Doge."

Later in the same year, the DOGE community jokingly voted for him to be the next DOGE CEO, and that position was listed on his Twitter bio for a few days.

As for Bitcoin, Musk started mentioning it, saying that BTC is not his safe word. In December 2020, he changed his tune on that.

Last Friday, Tesla CEO admitted to being a Bitcoin supporter, called BTC "a good thing" and added "Bitcoin" to his Twitter bio, thus pushing the price from $32,000 to roughly $38,600.