Tomiwabold Olajide
Cardano risks correction if this pattern plays out 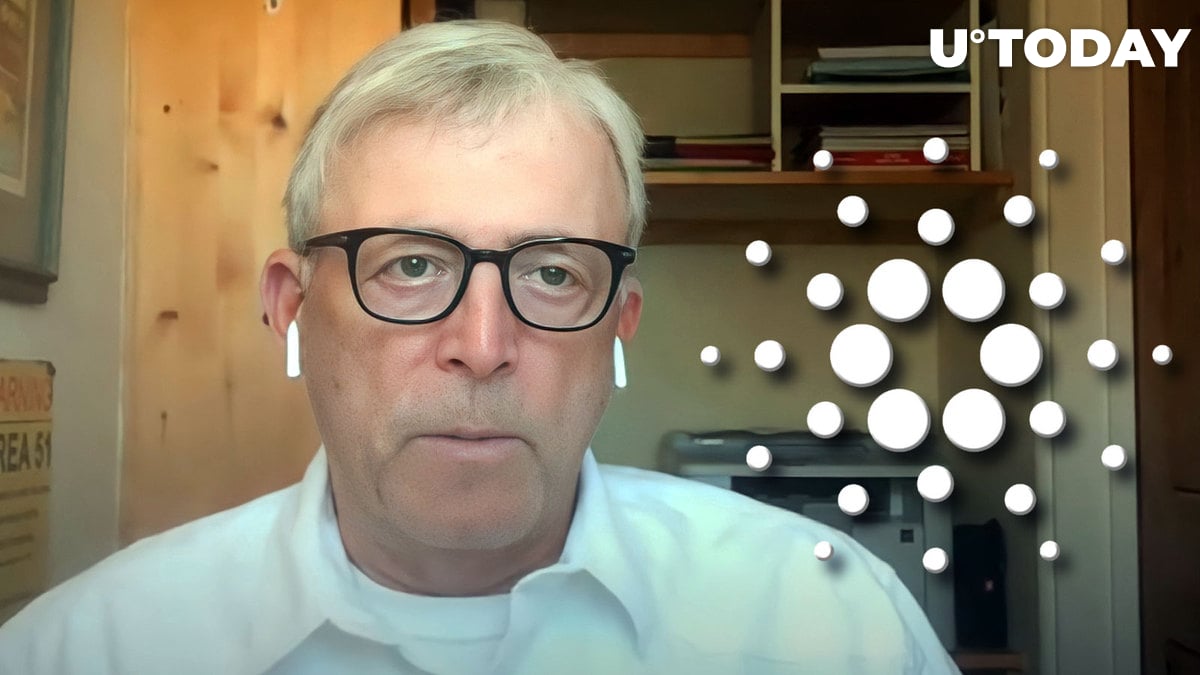 Veteran trader Peter Brandt continues to stick to his bearish outlook on Cardano as he predicts that ADA might see a possible decline below the $0.25 level based on a classic descending triangle pattern. A further drop below $0.25 from the current price of $0.43 might mean a nearly 50% drop.

The $ADAUSD chart is a classic descending triangle per Schabacker, Edwards and Magee and suggests a possible decline to sub .25. Do charts always work? -- not really, but when they do it is a thing of beauty. Note -- I do NOT short #8hitcoins pic.twitter.com/HP6mEbChJq

Peter Brandt further added that he is only involved in (trading) Bitcoin and ETH against the USD "in the factor prop account." Hence, he does not short ADA. The "descending triangle" chart pattern indicated by Brandt refers to a bearish signal that usually forms during a downtrend as a continuation pattern.

As reported by U.Today, Cardano founder Charles Hoskinson reacted to the bearish chart previously posted by Brandt, saying, "Chart people once again forget to remember that there is apparently an entire world out there. It has central banks, nations, economies, supply chains. And all of those factors actually have an impact on markets. I'm also super surprised."

While Peter Brandt is sticking to his bearish prediction on ADA, he, however, concedes that at times the charts may not work but, "when they do, it's a thing of beauty."

Also, given the current macroeconomic environment, all models, technical indicators and historical precedents may be put to the test when it comes to predicting the market's next move.

A Twitter user, in response to the veteran trader, recalled his prediction in 2021, in which Brandt predicted that ADA would dip to $0.10. But instead, it went ahead to set all-time highs of nearly $3.

However, how the current prediction by the veteran trader will play out is yet unknown.

😠 #Cardano, #EOS, and #Tron are 3 once popular assets that have had trading crowds begin to turn on them. Price performance has been particularly rough for these three in 2022, and the capitulation may soon lead to price rebounds to reel them back in. 🎣https://t.co/aUn68ATVEw pic.twitter.com/fY7cXogli0

On-chain analytics firm Santiment says that while the ADA price has underperformed in 2022, the trading crowd has once again turned to them, suggesting an incoming price rebound that results from capitulation.