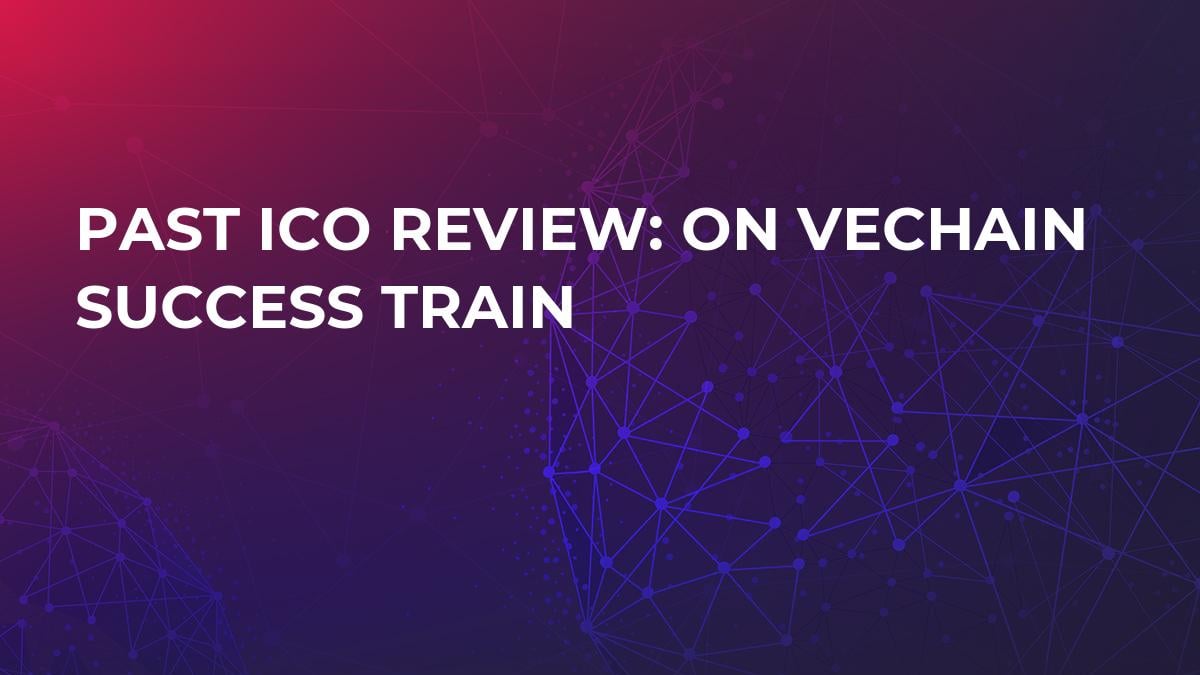 Singapore-based VeChain, a non-profit organization, was founded in July 2017 as a solution to product identification management with Blockchain technology: a unique ID for every product, combing Blockchain and encrypted ID. One month later the token was launched. Starting at only $0.23 on Aug. 21, 2017, VeChain has increased by 2,091 percent in eight month’s time up to about $5 and is ranked now 15 by CoinMarketCap.

Don’t get lost in logistics

VeChain is a Blockchain-as-a-service company that primarily focuses on supply chain logistics. In conjunction with developed smart chips, it essentially uses Blockchain and the Internet of Things to track products in real-time, keep counterfeit products out of supply chains, and allow retailers and wholesalers a glimpse at how products performed in various quality control tests.

VeChain suggests a solution to make every product traceable and verifiable. For the consumer, this means you will be able to verify that what you are buying is the real thing.

For example, wines, whiskeys, and down to the exact ingredients that went into making these fine products can be verified by using the tracking technology. Diamonds, pharmaceuticals, the list goes on. With verifiable products and ingredients, consumers will have confidence in what they buy. As more commerce moves online so will the money.

A system like this would weight heavy on the black market of knock-off goods, leading the way for its eventual consolidation and potential destruction.

It’s all who you know

VeChain has been partnering with some large, well-known companies, which is really drawing some attention. It first partnered with Norway-based global assurance service company DNV GL to allow retailers to track products in real-time. But the big news was its  February 2018 announcement that VeChain and German car manufacturer BMW would be teaming up. In particular, VeChain will aid BMW in tracking its auto parts supply chain so as to eliminate child labor.

VeChain is the very first digital currency to pass the Cryptocurrency Disaster Recovery Plan (CDRP), according to PwC. The CDRP acts as a stress test for the crypto market, with the most serious and likely threats to virtual coin holders being examined such as loss of login info, virus infiltration, system crashes on virtual wallets, hardware damage, private keys compromised, etc. It was determined that VeChain responses to these threats were sufficient so as to protect the assets of token holders. This is similar as to what banks have to test for after the 2008 financial crisis but specific for digital assets.

Overall, VeChain looks like a success story from hundreds of failing ICOs. However, it is interesting to wonder if the ICO is the precursor for the next level of fundraising for new companies. As many companies start to move toward Blockchain adoption and development, the ICO just might replace the IPO in the next 10 to 20 years. It is hard to say how the market will function in the future, but there is no doubt that Blockchain and cryptocurrencies will be a part of the new economy of the future.