Past ICO Review: Mysterium, an ICO as Mysterious as the Name 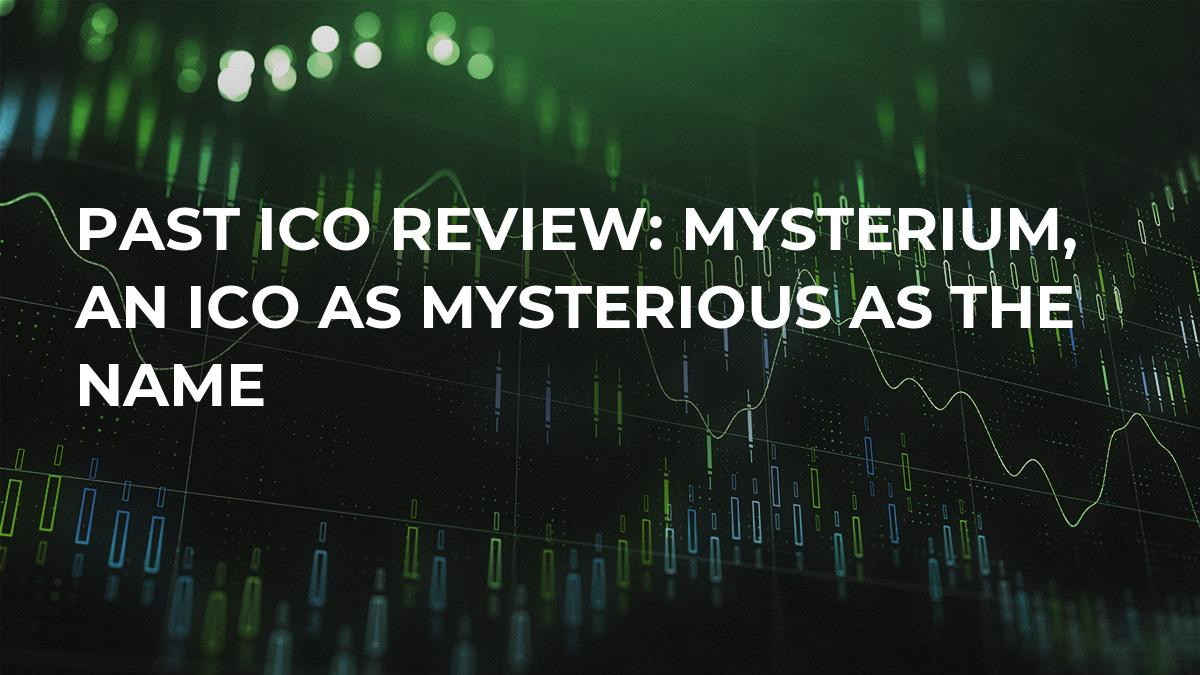 Lithuania-based Mysterium is a decentralized, private VPN powered by Blockchain technology. It is an Open Sourced Network allowing anyone to rent out their unused network traffic while providing a secure connection.

The gains were brief, as it came crashing back down below $1.00 in January and has stayed there since that time. Mysterium was listed on Bittrex before it was removed earlier in 2018, possibly due to the crash in the price. According to the Mysterium team on the Reddit ADA in March 2018:

When the MYST token has been integrated in the VPN and nodes with the payments system we will be able to apply for relisting. We are also in the final stages of negotiations with several exchanges for listing. As mentioned previously we will be listed on at least one medium size exchange and a decentralized one. MYST is currently listed on: centralized- Liqui, BigONE; decentralized - IDEX, ForkDelta.

Additionally, according to the Mysterium Website, there will be a second ICO sometime in 2019. Perhaps, the second coming of an ICO will help lift the company back up.

Much potential, but lack of action scares investors

It is rather surprising that Mysterium did not do better considering the privacy services that it offers to users:

Since the first ICO almost one year ago, Mysterium has been pretty quiet about what is developing. A second AMA was held on April 19, 2018 on Reddit, but there have been no updates as to what questions were selected and answered. Investors need to see the progress of the technology to realize the potential to invest.

While Mysterium might seem like one of the many ICO losers, it had a massive spike in January before falling back down. That spike makes it stand out in the crowd of failed ICOs. A second ICO on the horizon and a pending response to the Reddit AMA give hope that Mysterium will rise from the ashes like the Phoenix.