Past-ICO Review: Kin the One You Didn’t See Coming

Eric Eissler
Seeking to take over the crypto economy with a messenger app, Kin is coming 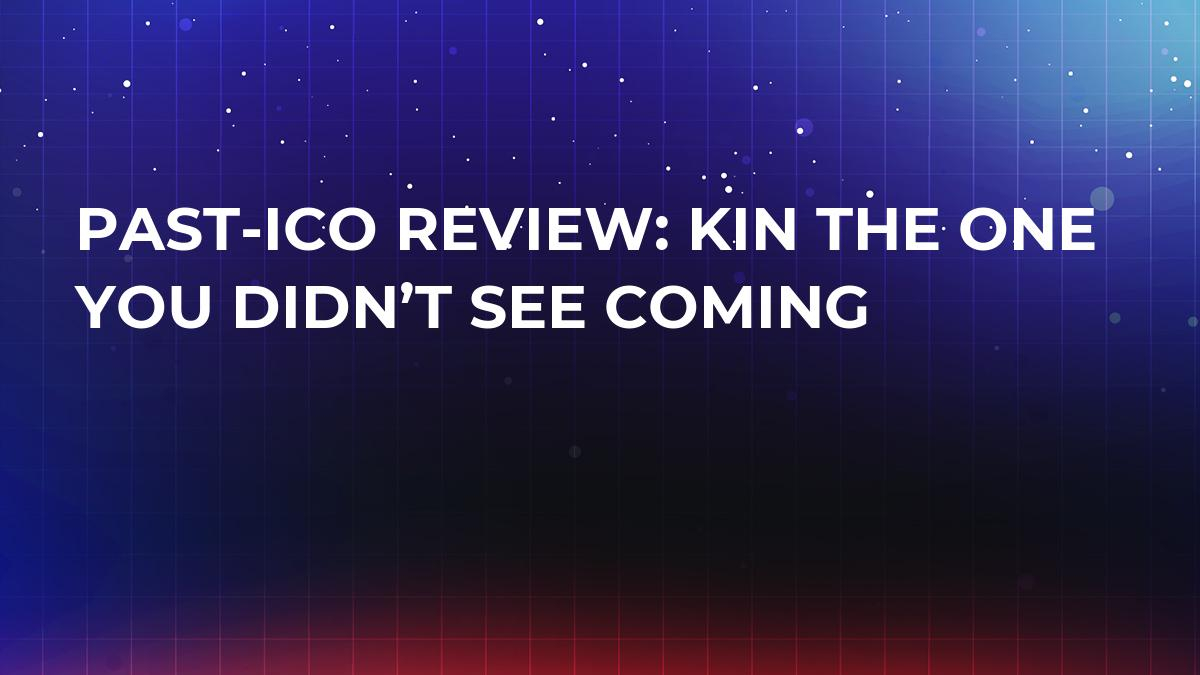 Social media plays a major role in the modern lifestyle and since the creation of Facebook people are trying to find ways to monetize the interactions on social media, either by selling users’ information to advertisers. This has become the world we live in with the Internet being an intermediary for almost everything we do now and social media plays a big part.

Enter Kik, a Canadian social-chat app that runs on Kin to create an ecosystem that rewards developers and creators on its platform with valuable incentives leading to a quality user experience without using advertisements. Let’s look at the financials before we dig deeper into the technology.

In Black or Red it’s Hard to Tell

ERC20 to change to Stellar

In an interesting turn of events, the ERC20 Kin token will be shifting over to the Stellar Lumens Blockchain. This was announced late in 2017 by CEO, Ted Livingstone. The changes have already started to appear. Kik Messenger has moved to fork Stellar while also developing its own Blockchain that would combine the best of Ethereum’s Blockchain as well as Stellar’s Blockchain to come up with a scalable proprietary network for Kin.

By using a permission-nodes based system, Kik has established a zero-fee Blockchain network that will eventually hand over control of the network to the users. This will be done by working with partners who will eventually own a large percentage of the trusted nodes. By this design, the development team at Kik hopes to develop a trustless ecosystem that truly decentralizes control of the platform. However, it should be noted that there is still room for error because if becoming a partner is based on holding a large amount of Kin tokens then there is a chance that only the rich. In terms of Kin token holdings, will be able to control the system and that is putting too much power in the hand of only a few which is a dangerous situation.

Goal to be most used crypto

The Kik messenger app debuted in 2010 and has some 300 mln registered users, of which 40 percent are US teenagers, according to TechCrunch.  With a group of people that large, it would be easy for Kin to become the most used cryptocurrency, if you have 300 mln users interacting with each other every day.

It will be interesting to see how younger users use Kik and Kin in conjunction with the messenger app, as most younger people don’t care about crypto, they just want a cool messaging app so they can chat with their friends and send goofy dog-face photos. There will, of course, be some major usage but if the majority of the users don’t care about Kin, does this become an all-for-nought enterprise? Time will tell Kik and Kin make the changeovers from Ethereum to the Stellar Lumens Blockchain. Moreover, the rewards engine is a big factor that can have a major impact how people will interact with the app. When the rewards start getting doled out in Q3 2018, behaviors may start changing when users start making some money.