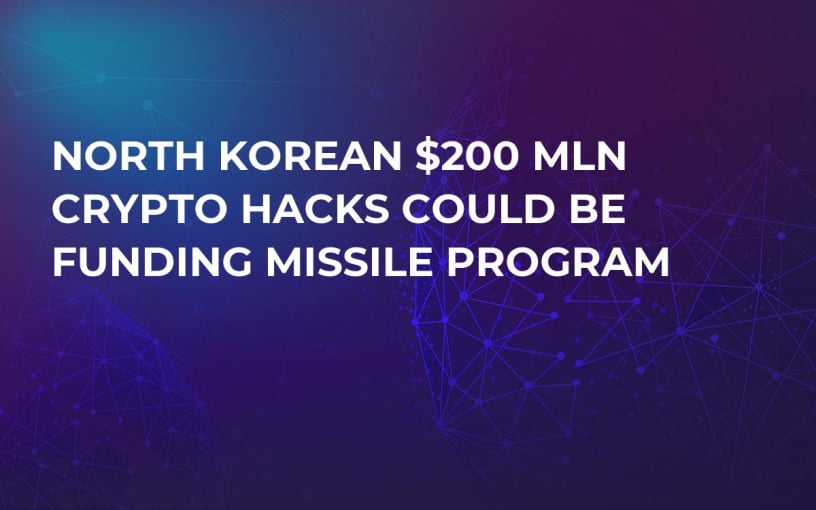 It has been estimated that North Korea has managed to reap as much as $200 mln in cryptocurrency from hacking and ransomware attacks which could be funding its widely-condemned missile program.

Former US National Security Agency Officer Priscilla Moriuchi has said that the ransomware attacks and cryptocurrency haul was being used to fund the missile program on Radio Free Asia.

"I would bet that these coins are being turned into something, currency or physical goods, that are supporting North Korea’s nuclear and ballistic missile program," said Moriuchi.

Moriuchi believes North Korea's hacking techniques could have reaped as many as 11,000 Bitcoins.