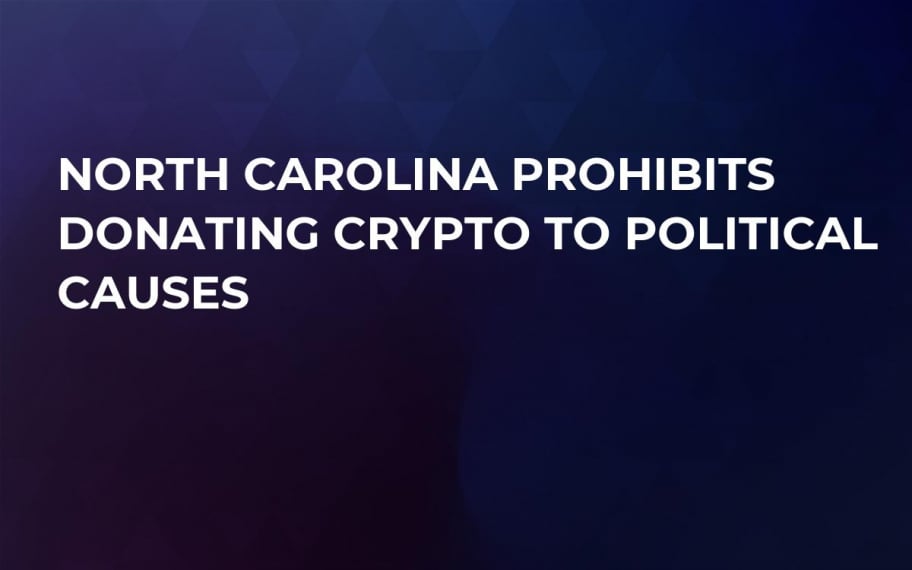 North Carolina has recently prohibited political candidates from taking any campaign contributions in Bitcoin (BTC) or any other cryptocurrency. While the crypto industry starts gaining significant influence in American politics, it is unclear whether other states will follow suit.

N.C. State Board of Elections & Ethics Enforcement announced its ban on crypto in political campaigns after receiving Emmanuel Wilder’s request to accept donations in numerous digital assets. Wilder, who is going to represent the Republican Party during the upcoming midterms, shows respect for the decision, but he does not hide his disappointment.

What prompted the ban?

The main reason behind the ban was an inability to properly value cryptocurrencies, which gives ground for financial manipulations. Despite the fact that Wilder had provided a possible solution to this problem in his initial request, executive director Kim Westbrook Strach is certain that they will not be able to fully control all crypto donations sent to political causes.

Another possible problem may be Bitcoin’s emphasis on privacy and anonymity. It clashes with North Carolina’s disclosure requirements for political candidates.

It is worth mentioning that North Carolina, in fact, is not the first state that prohibited candidates to raise funds for their campaign in cryptocurrencies. A Kansas state government commission banned any Bitcoin contributions because of their ‘disruptive nature’ that could have a damaging influence on the election process. Other US states still allow crypto contributions if they do not exceed the FEC’s contribution limits for federal elections.

However, the crypto industry is gradually getting more leverage in US political circles. As CryptoComes has already reported, 2020 US presidential candidate Andrew Yang along with many congressional candidates now accept crypto for their respective campaigns. Meanwhile, Coinbase, a leading American cryptocurrency exchange, is starting its own PAC.