David Dinkins
Media sources are saying that the cost of producing Bitcoin is about to outweigh the profits, suggesting that mining could be on the decline. But that isn’t entirely accurate 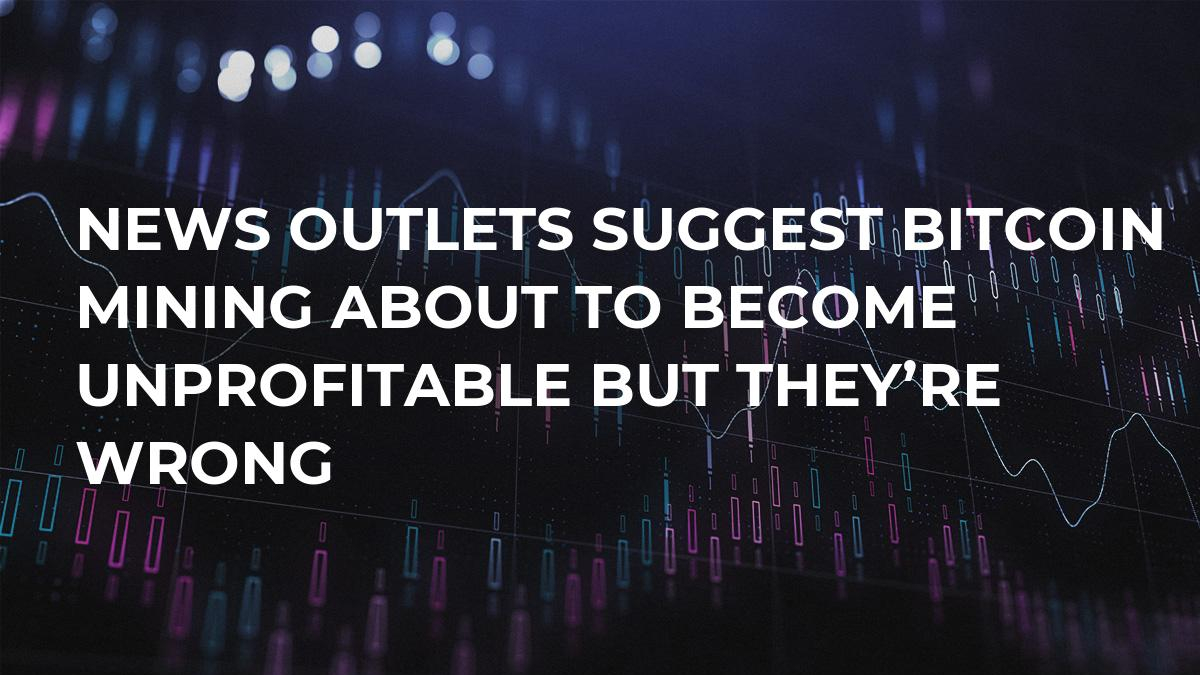 Thomas Lee of Fundstrat suggests that when taking into account all of a Bitcoin miner’s costs, including electricity and the cost of mining equipment, the cost of mining one Bitcoin is $8,083. With the price of Bitcoin bouncing between $7,600 and $8,550 over the past few days, miners are dancing dangerously close to the breakeven point.

Shone Anstey of the Blockchain Intelligence Group points out that miners won’t operate at a loss indefinitely:

"In some cases, the miners may simply turn off the machines until the price comes back a bit. It's got to be getting to the point that some of them may be losing money."

Of course, this is what we saw in 2014-2015, as Bitcoin sunk from its November 2013 highs. As the value of Bitcoin dropped, miners began turning off their oldest and least energy efficient machines. Fundstrat believes that same thing could happen around a price of $3,000-$4,000 this time around.

It’s important to note that Bitcoin mining tends to be clustered in areas with low electricity costs, such as China, Iceland and the US Pacific Northwest. Many of these locations also have cool climates, reducing the need for energy-draining air conditioning to cool down all those miners. China tends to have lower labor costs as well, which adds to profit margins. However, in recent months the Chinese government has been raising rates for Bitcoin miners, causing many to flee to other jurisdictions.

Politico reports that the US Pacific Northwest has become a veritible hotbed of Bitcoin mining due to the extremely low cost of hydroelectric power in the region. While Fundstrat’s model for estimating the cost of mining is based on electricity costs of six cents per kilowatt-hour, miners in the Pacific Northwest enjoy rates as low as 2.5 cents per kilowatt-hour. While falling Bitcoin prices will definitely knock some miners out of business, others will continue to thrive for some time.

Fundstrat’s model also includes the cost of mining equipment in its estimate. While this is an important factor in determining the profitability of setting up a new mining operation, it’s less useful when calculating the break-even point for existing miners. That’s because the cost of miners (which have already been purchased) is a sunk cost, meaning that it’s already been paid and cannot be recovered. The cost of building purchases or leases and upgrades to a facility’s electrical supply and air conditioning are also sunk costs.

Since sunk costs cannot be recovered simply by ceasing operations, miners will continue to mine as long as they can. Economics tells us that production will continue until marginal revenue equals marginal cost. That means that existing miners will continue operations until the cost of inputs (electricity, labor and maintenance) exceeds the value of the Bitcoins that are produced. For miners with ultra-cheap electricity, production will likely continue for some time. Politico estimates the cost of producing one BTC in the Pacific Northwest is about $2,000.