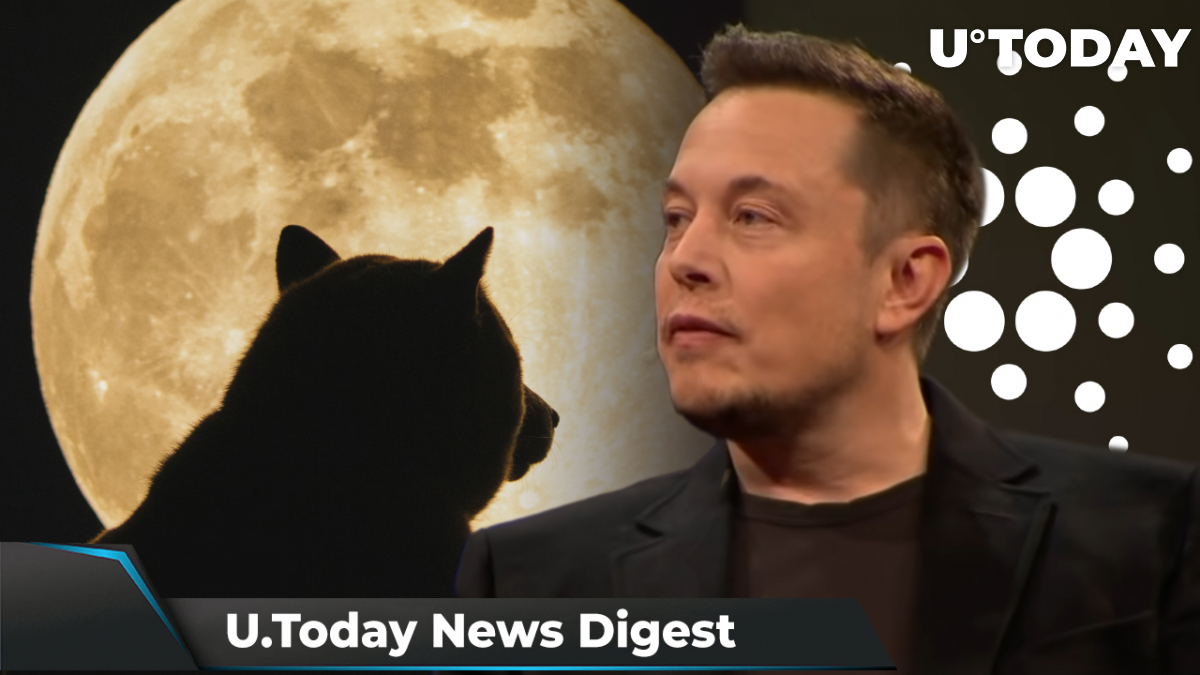 The past weekend was rich with significant events in the crypto industry. Take a look at U.Today’s summary of the top five news stories.

Newegg confirms that it will accept Shiba Inu

According to Saturday’s post on Newegg’s official Twitter page, Shiba Inu supporters can start celebrating since their favorite meme-coin will be accepted by the electronics retailer. The day before the announcement, Shiba Inu’s official Twitter account teased its followers by posting a cryptic tweet with an egg emoji and the #friendshib hashtag.

In April, Newegg also added Dogecoin, the original meme coin. As of now, it remains unknown when exactly Shiba Inu will appear on the list of payment options.

Cardano is down 50% from its peak: possible reasons

After reaching its all-time high of $3.10 in early September, ADA cannot currently pride itself on its price movements, touching $1.50 on Saturday. The experts outline two possible reasons for that. The first one is a criticism of Cardano's smart contracts performance by both ETH and BTC maximalists, with the second reason being the delisting of Cardano's ADA by eToro, a mainstream derivatives trading platform. Despite all this, Cardano's inventor Charles Hoskinson is certain that 2022 will be a splendid year for his ecosystem.

Last weekend, famous centibillionaire Elon Musk showed support for a tweet posted by Twitter user Mishaboar. In his post, Mishaboar wrote that some Dogecoin holders started asking for help after their margin accounts were liquidated and stressed the importance of educating people about highly risky leveraged trading. He added that only seasoned traders could try their hand at margin trading, noting that the cryptocurrency market is largely unregulated.

According to Kimbal Musk, restaurateur, chef, entrepreneur and Elon Musk’s brother, Web3's ideology and methods can be very useful in philanthropy. He believes that Web3 deployment in charity could unlock 12-digit funds for the philanthropy industry and also advance its efficiency by eliminating bureaucracy and corruption from this sphere. Kimbal Musk’s statement was widely supported by his followers.

This whale bought 35 billion SHIB while the market was crashing

According to the latest on-chain data, an anonymous wallet has purchased an eye-popping 35 billion Shiba Inu tokens. Despite whales buying large amounts of SHIB, the market does not seem to be reacting in any way. The volatility of SHIB token remains low as both buying and selling pressure are reduced, according to the volume indicator. Currently, whale holding has increased back to pre-correction levels with approximately $1 billion worth of holdings remaining on whale-tier wallets, as of Nov. 27.