Yuri Molchan
Recent analytics data signifies that the amount of new Ethereum whale addresses has surged to reach a new all-time high this weekend with at least 10,000 ETH per wallet 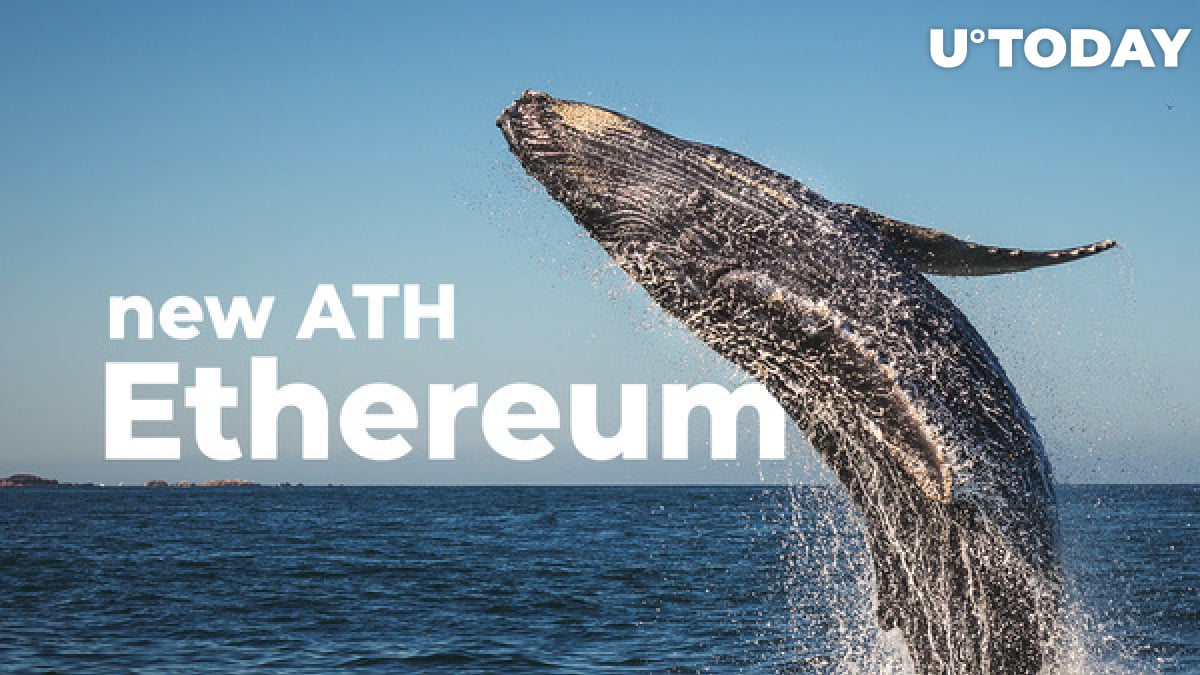 A tweet published by Santiment today shows that ETH whale wallets that hold a minimum of 10,000 coins have surged in number and reached 1,311 wallets: a new all-time high.

Number of active ETH addresses spikes to an ATH

As reported by U.Today on Saturday, ETH wallets that have been actively sending and receiving ETH saw a new all-time high of 701,974.

This figure was recorded on April 21 by Glassnode analytics company. The previous peak figure totaled 518,270 on April 15.

A similar increase to last week's rise was seen back in early January 2018 when ETH hit its all-time high of $1,300.

The latest historic peak reached by the second-largest cryptocurrency by market cap was noted on April 22 on the Bitstamp exchange, where ETH rose to $2,575.

At press time, ETH is trading at $2,486 on the Binance exchange.

The team behind the @eth2validators, whose Twitter account shared data on ETH 2.0 validators, is making progress. New ETH locked in the deposit contract should, in two days, hit a whopping $4 billion.

The calculations are based on the fact that approximately 350 new validators join the new network on a daily basis.