Might IOTA Price Test $0.5 Resistance Again? Downtrend Is Doubling Down

Vera Yurina
??IOTA is to test $0.5 resistance again. Will this time be successful? Check IOTA price forecasts from TradingView users?? 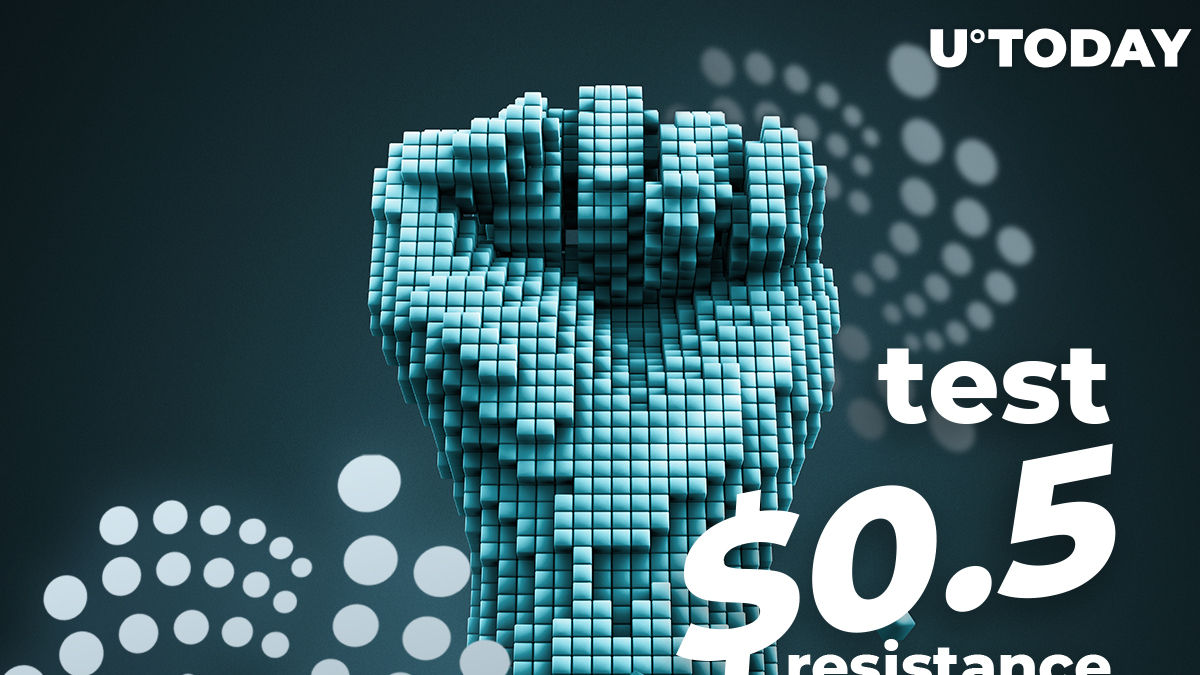 Failing to break resistance again and again, IOTA disappoints traders, but they don’t lose hope. What to expect from it in the nearest time? Will IOTA test $0.5 resistance again, and how successful will those attempts be? Let’s see what TradingView users think about this unique altcoin: read IOTA price forecasts and check the price charts.

IOTA is testing its resistance zone again and again, and on June 27, it bounced again. Resistance was denied, but the lower support zone held nicely. All we can do now is simply watch for successful retrace and wait. VOC-Handelaar claims that IOTA is dependent on BTC's next move, so, probably, Bitcoin’s failures can contribute to the thriving of alts, including this one.

Your chance to buy IOTA

Here’s a pretty realistic midterm forecast from ForecastCity. They claim that 0.4015 is major support, while this level is not broken, the midterm wave will be uptrend. Luckily, IOTA still holds above this level.

What about technical indicators? According to the technical analysis, IOTA price is above WEMA21, if the price drops more, this line can act as dynamic support against more losses.

So, what their trading suggestions will be?

If IOTA manages to break $0.5 resistance, that would be the beginning of a new uptrend. In this case, ForecastCity recommends to take profits on the following targets:

And so on...the price of IOTA can even reach $4 in the mid term, judging by this analysis.

IOTA is bottoming out

According to GlobalTrader_, IOTA Looks to have bottomed out. Currently, its price has slowly started emerging from the bottom of the channel. Besides, Stochastic RSI, RSI & MFI was oversold on the daily chart. If you look at the weekly IOTA price chart, looks possible for a 50% drop. Sounds pessimistic, but it might be a perfect time for entering the market.

Recently, IOTA has been testing a great Head & shoulders pattern. Seems like it hasn’t validated. That’s why the threat still exists. User khosrooparviz claims that if IOTA breaks $0.3929, we should expect a fall down to $0.3503 so 2nd tp can be $0.2948 based on Fibonacci.

Not the best times for IOTA: it is struggling with a new resistance zone after failing to hold the oldest support line for the second time this year.

What does the future hold? Demand at 4k sats seems good, but every time it hits 4k or below, a violent buyback happens. IOTA seems to be staying between resistance and demand for a while.

Technicals also don’t allow for making 100% accurate predictions, but it seems like IOTA is having a double bottom. That can be seen on weekly and shorter time frames.

So will it hit the $0.5 target in the nearest terms? Not likely. Wait for a few days and enter the market, or keep your IOTA in the wallet and simply wait.