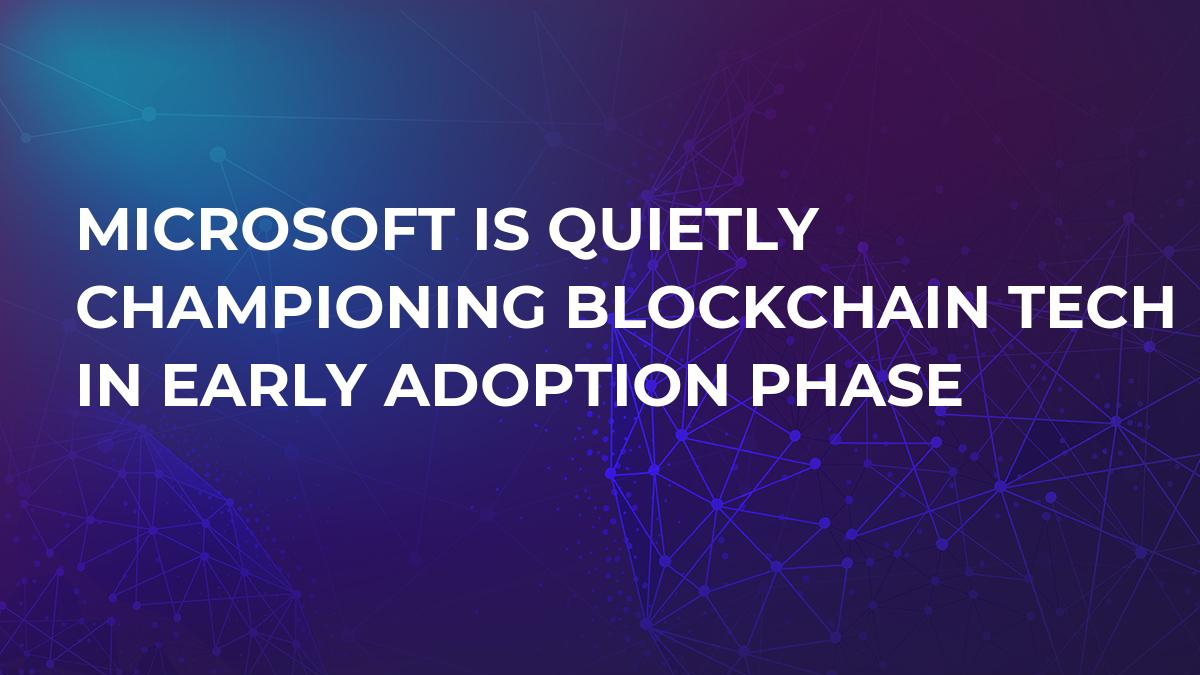 Without too much fanfare or hype, Microsoft has gone about their business of keeping relevant by backing Blockchain technology in a number of spaces. They announced the COCO Protocol last year and now have confirmed that they are working on Decentralized Identity Systems.

The Blockchain Technology has now been around for coming on 10 years, but its recent growth spurt has seen it garner a lot of attention, but not much application. However, slowly but surely, Microsoft is finding uses for it while it is still very much in its early adoption stage.

There is a reason why Microsoft is one of the biggest companies in the world and a leader in the technology space; they look to stay relevant. While the future cannot be predicted, this tech giant has put a stake in Blockchain technology which can only bode well for the cryptocurrency ecosystem, and Microsoft themselves.

Microsoft recognized that there was something building in the cryptocurrency space when it allowed Bitcoin to be used on its platforms to buy programs and games, but this was small recognition.

Further on down the line, Microsoft released Azure which was a platform for developers to develop dApps which could operate on a Blockchain. They went on and incorporated the COCO framework which incorporated Ethereum.

Now, Microsoft is working to incorporate known Blockchains, such as the Bitcoin, Ethereum and Litecoin in its newest Blockchain development focused on decentralized Identity.

It says a lot that a company such as Microsoft can recognize the potential that is available, but it means even more when the same company is willing to experiment and grow the ecosystem.

Need for a major player

So far, there has been astronomical growth in the use-cases for Blockchain technology, but it has mostly come from ICOs and that ecosystem which is looking to disrupt small niches within different sectors, including anything from the Cannabis industry to online gambling.

However, the ICO environment is one that is not that conducive to the solid growth of the Blockchain industry, and it is littered with scams and weak ideas. Eventually, the hope is the ICO ecosystem can grow and mature into an effective force, but really, there is a need for a formidable company to lead this charge.

Quietly, it looks like Microsoft just may well be the company to lead Blockchain into being applicable and useful. Startups, in mass, can only do so much, even with huge sums raised. But really it is an established tech giant like Microsoft that can turn things around for this burgeoning tech.

One needs to look back at the history of Microsoft to realize the role they played in helping the world into a digital age. Bill Gates and the rest of that founding team are seen as visionaries who spotted potential in computing machines.

It cannot be surprising then that they may well be on the cusp of doing it again.