Antony Koroid
Donations made with crypto are not permitted in Michigan. Political campaigns cannot accept donations in crypto because of its frequent fluctuation 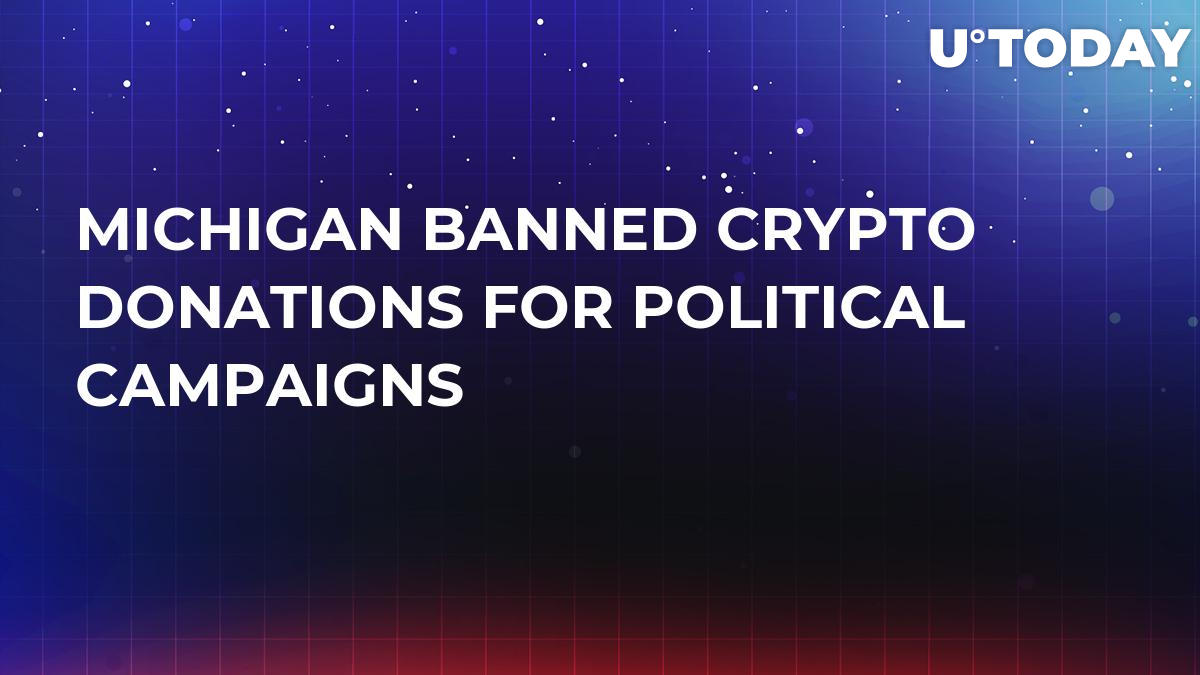 Michigan’s campaign finance board officially stated that donations made with cryptocurrency are not permitted in the state. In response to a letter from candidate William Baker, who previously investigated this issue before failing in the recent midterm elections, the Michigan Department of State replied that, according to the Michigan Campaign Finance Act (MCFA) and the Administrative Procedures Act (APA), political campaigns cannot accept donations in crypto because of its frequent fluctuation.

In a letter signed by Michigan Secretary of State Ruth Johnson, it states in particular that donations to politicians are not conducted in Bitcoin and other cryptocurrencies because, by their nature, their value isn't fixed and their volatility makes it impossible to assign their exact value.

In cases where it's not possible to determine the exact value of the contribution, it becomes invalid in the eyes of the law, since the determined monetary value is the main condition for recognizing the real contribution for the campaign.

"In the context of a contribution under the MCFA, an ascertainable monetary value is one that is exact, precise, and certain or can be determined with certainty. Where it cannot be determined the exact or precise dollar amount for a contribution made with Bitcoin at the time it is given, there can be no ascertainable monetary value," notes the letter.

Bitcoin is compared in an authority’s statement to a security. The statement quotes legal precedents that effectively prohibit using any financial instruments except those held in bank accounts to finance political campaigns.

The authors note that Bitcoin is a security in the sense that both assets cannot “be used on their own to buy goods or services.”

In addition, donations in cryptocurrency will be prohibited because it is impossible to set their exact value at the time of the transaction and reflect it in tax reports.

Another reason for the crypto-ban for donations is the complete anonymity of transactions in cryptocurrency, which is directly prohibited by the campaign financing laws in Michigan. No candidate can accept or spend any anonymous contributions but must donate all ones to tax-exempt charity.

Despite the widely pro-cryptographic regulatory attitude in the US, election regulators across the country continue to be skeptical about cryptocurrency donations as part of the campaign.

In August, the North Carolina State Board of Elections Campaign Finance Office rejected the application of Republican legislature candidate Emmanuel Wilder to accept donations for his campaign in Bitcoin.