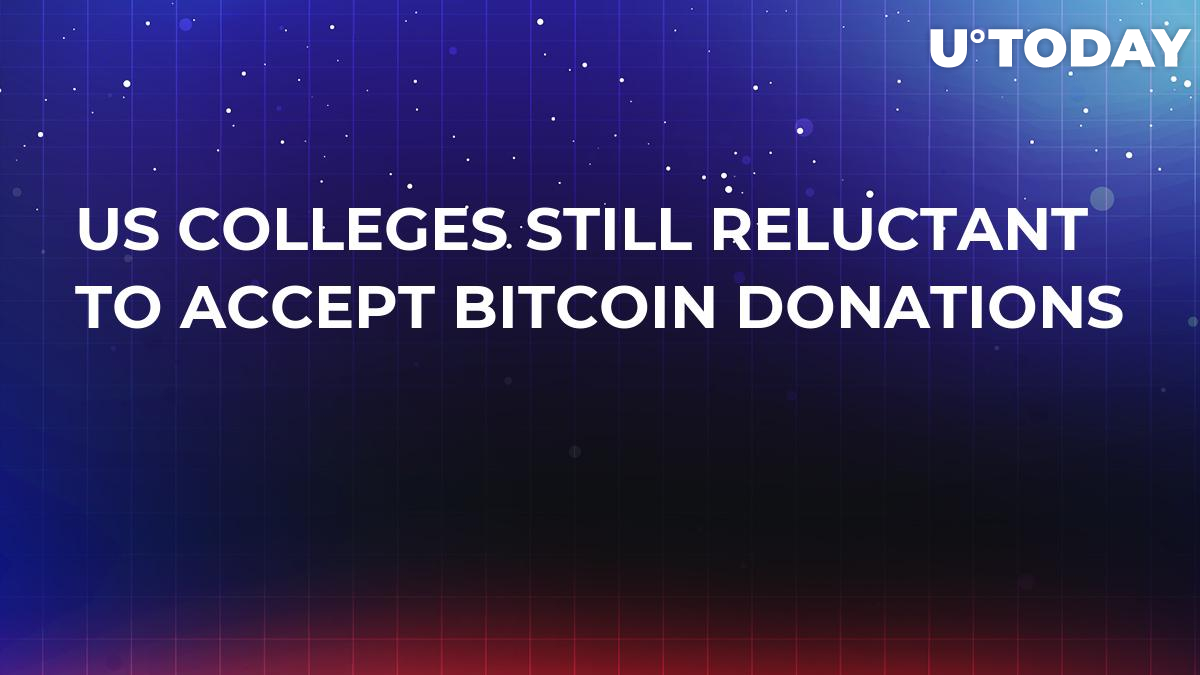 US colleges are getting an increasing amount of Bitcoin donations, according to Bloomberg. However, not all these educational institutions are overly enthusiastic about receiving such gifts.

The University of Puget Sound was caught off-guard when one of its former students proposed to make a donation in Bitcoin after recently winning the jackpot. The article states that unusual donations (pieces of art, businesses shares) are not rare, but US colleges are still standoffish when it comes to such donations. There are numerous hurdles that may be linked to accounting, taxing or simply storing them.

Bitcoin, the world’s flagship cryptocurrency, is wont to have all these issues since it remains unregulated and there are very few custody solutions for this new asset class. However, since cryptocurrencies are inching closer towards hitting the mainstream, educational institutions have no other choice but to further explore crypto.

It is believed that the very first Bitcoin donation was given to Tacoma, Washington (WA) back in 2014. Nicolas Cary, the man behind this generosity, had to reportedly convince his university to accept Bitcoin. The college with a $370 mln endowment was iffy about accepting crypto at first – they needed more information.

Cary states that accepting a Bitcoin gift presupposed changing its policy about allowing such donations. The total amount of the gift (14.5 BTC) has been transferred by generating a QR invoice and later taking a photo with a mobile cryptocurrency wallet. The snowy weather slowed down the transaction which took a whole day to be completed.

Puget Sound sold the received crypto to avoid volatility. If they had held Bitcoin until the December boom, they would have made a whopping $270,000. However, Cary’s gift turned out to be a stepping stone for more donations have been accepted by the university since then.

The reason while many universities still remain reticent with regard to cryptocurrencies is that they fear to put a damper on their reputation (cryptocurrencies pretty much remain in a legal grey zone). Even those endowments that do accept crypto tend to liquidate it almost instantaneously.

High-profile universities in the likes of Harvard are yet to embrace cryptocurrency donations. Nevertheless, they have been making headlines with crypto. As U.Today reported earlier, Yale’s $30 bln endowment spearheaded by investing legend David Swensen tapped into two crypto-oriented hedge funds.