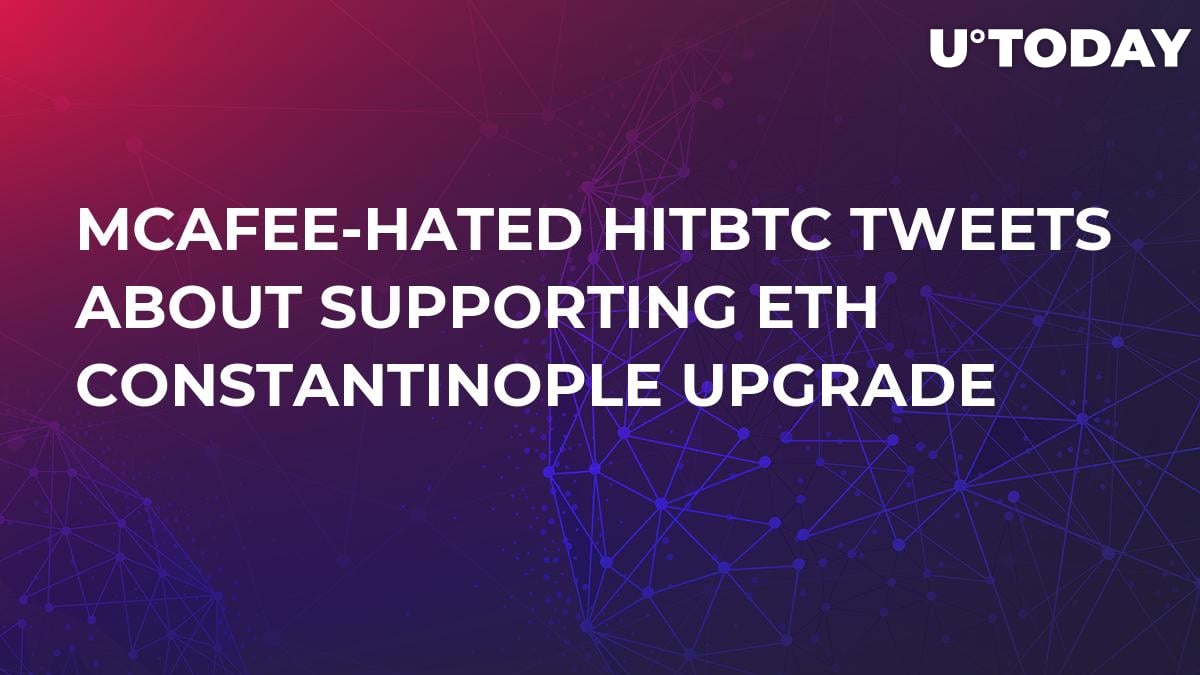 On Saturday, 12 January, HitBTC announced through its Twitter account that it is up for supporting the coming and long-expected upgrade of the Ethereum’s network.

In its blog, HitBTC gladly welcomes the approaching Constantinople hard fork, reminding users that it will consist of Ethereum Improvement Proposals (EIPs) and will help Vitalik Buterin’s brainchild to switch from the costly PoW consensus protocol to the PoS one, thus increasing the network’s scalability and making ETH transactions cheaper than now.

HitBTC reminds its customers that if they wish to make any ETH deposits, they must leave enough time for them to be processed before the block at which the hard fork will happen, is achieved. The block height mentioned above is 7,080,000.

The exchange also mentions to its users that it has always seconded all major blockchain upgrades, including Bitcoin Cash and Ethereum Classic.

The Ethereum upgrade is most likely to happen on January 16.

HitBTC is just one of the nineteen crypto exchanges around the world that are also offering their support to the Constantinople fork. Huobi and OKEx were the first to agree to provide support for the hard fork. Binance is supporting it as well.

In the summer 2018, HitBTC became wide famous thanks to the controversial figure in the crypto world – John McAfee, who has now joined a run for the coming US presidential elections.

Back then, McAfee first began to war tweet against HitBTC for its, allegedly, bad treatment of the Docademic coin, which at the time was one of McAfee’s favourites.

Finally, McAfee decided to sue HitBTC, claiming that the fees it charges from traders are too high for regular unbanked and poor people, thus not giving them a chance to get out of poverty in the emerged crypto world.