Massive 70 Billion SHIB Purchase Made by This Whale

Arman Shirinyan
Another massive Shiba Inu purchase made on the market, but it most likely won't affect the price, here's why 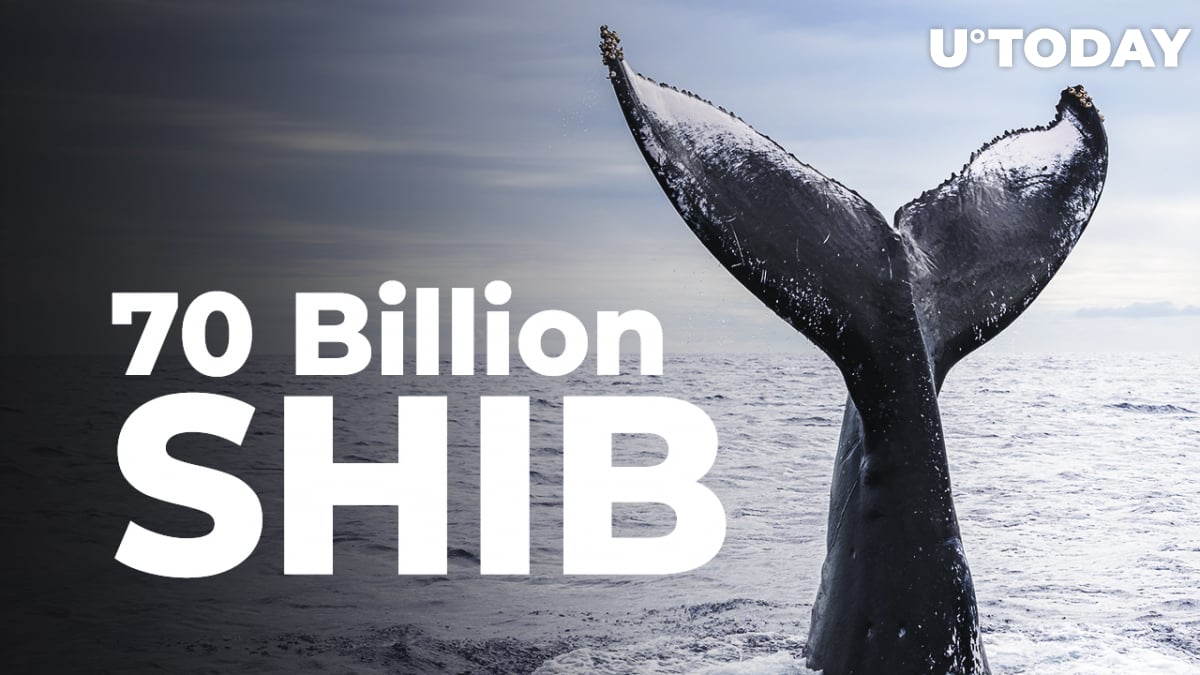 WhaleStats has spotted another massive Shiba Inu purchase on the cryptocurrency market as an anonymous whale purchases 70 billion tokens, which establishes SHIB's position as the biggest position among Ethereum whales.

According to the transaction page, a large purchase was made 13 hours ago and could have potentially caused the most recent 3% price spike. The total USD-valued holding of Shiba Inu remains at $1.2 billion—the highest value of holdings since April.

Recently, Shiba Inu's first place as the biggest USD-valued holding among whales was contested by FTX Token which, for a brief moment, took first place, but thanks to the daily support of SHIB by whales, it jumped back to first place.

Unfortunately for most SHIB holders, the asset is failing to get out of the volatility crisis present on the market since March. During rangebound trading, Shiba Inu's average daily volatility stayed at approximately 4%, which is an extremely low value for an asset that used to have from 10 to 20% spikes within the daily candle on the chart.

The volatility crisis is also confirmed by indicators like exponential moving averages that move a few percentage points away from each other, which suggests that traders are not actively trading the token.

Large buys of Shiba Inu tokens by whales are usually done via OTC desks, private trading or by placing orders via market makers to avoid liquidity issues and slippage, which is why they do not reflect on the price of an asset that much.