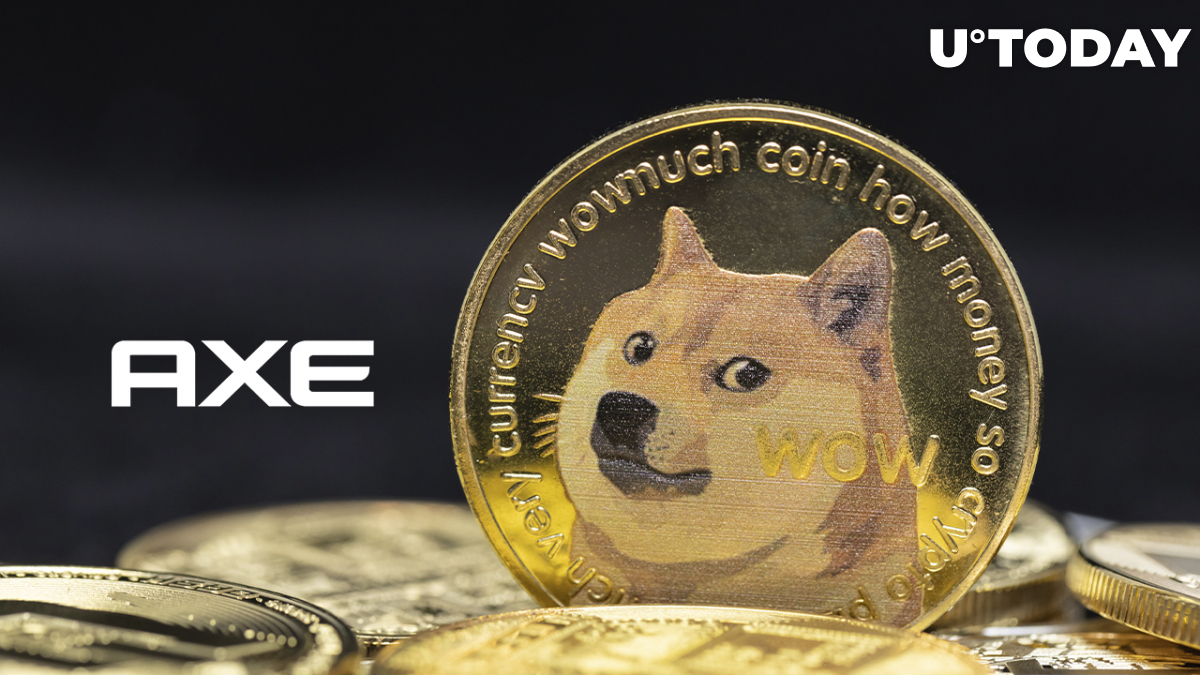 As reported by U.Today, the limited edition of “Dogecan: The Stick” was initially announced on “Dogeday,” which is celebrated on Apr. 20, abbreviated as 4/20.

Dogecoin fans have to register in advance in order to be able to purchase one of the sticks with the help of their favorite meme coin.

Last year, Axe also dropped a “crypto scented” body spray inspired by the top meme cryptocurrency roughly a year ago. It initially intended to release a limited edition of such cans if the price of Dogecoin were to reach $1.

One of the leading deodorant brands decided to give away some of them for free despite the fact that DOGE failed to achieve the aforementioned price milestone. The community managed to snatch up the free cans in only 10 minutes.

Related
Dogecoin Spikes by 13% Minutes After Elon Musk's Twitter Purchase Confirmation
As reported by U.Today, the price of Dogecoin recently surged to $0.171, the highest level since early April, after social media giant Twitter announced that it had reached an acquisition agreement with Tesla CEO Elon Musk.

The high-profile deal is expected to boost the adoption of Dogecoin given that the Bitcoin parody is the favorite cryptocurrency of the cenbillionaire.

However, the cryptocurrency quickly gave up its gains, plunging by more than 13%. That said, DOGE remains among the top 10 biggest cryptocurrencies by market capitalization.
#Dogecoin News