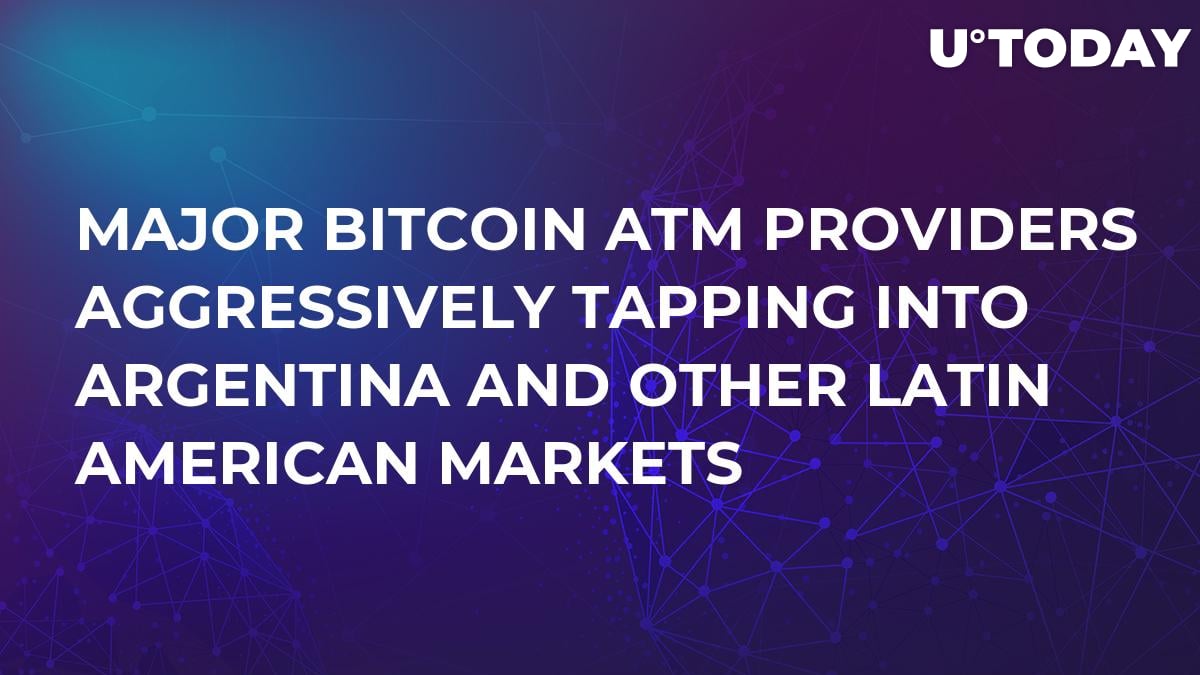 As U.Today reported earlier, Bitcoin trading volumes on LocalBitcoins are going through the roof in Argentina due to the ongoing Peso crisis. As of now, the Peso has a much higher volatility than BTC due to an unprecedented level of inflation (over 40 percent by the end of 2018) for one of the most powerful economies in Latin America.

The exponential growth of Bitcoin ATMs in the country is yet more proof that locals are willing to ditch their national currency for crypto. Athena, a Chicago-based provider of Bitcoin ATMs in the US, is currently focusing on the Argentinian market, while Odyssey Group is planning to install as many as 150 ATMs by the end of 2018. To put this into perspective, the very first Bitcoin ATM appeared in Buenos Aires just last month.

First, the new ATMs will only accept Bitcoin, but other major cryptocurrencies, including Ethereum and Litecoin, will be added as well.

Athena’s operational Dante Galeazzi claims that they want to capitalize on Argentina because this country, despite the growing demand for Bitcoin, didn’t have any crypto cash machines for commercial use, so they decided to seize the opportunity.

According to Galeazzi, the financial crisis creates a plethora of opportunities for their business in this particular market.

The ATM provider is also exploring other markets around the globe, having already installed 12 ATMs in Colombia. Galeazzi states that they want to tap into other Latin American countries as well on the eve of a full-fledged cryptocurrency revolution in this region.